Marcus Garvey was a political activist, entrepreneur and orator of Jamaican origin. The harsh treatment that he received from his white friends on racial ground left a deep impact on his mind since his teenage days. While working as an editor in Costa Rica, he regularly wrote about the plight of migrant workers in the plantation areas. He is the founder of the Universal Negro Improvement Association that aimed to unite people with African origin in order to establish their own country. He also published his pamphlet "The Negro Race and Its Problems" to propagate his inspirational message for the black people. To apply his philosophy of economic empowerment of the blacks which is better known as Garveyism, he established the Black Star Line, a shipping company along with UNIA. Its establishment can be considered as a new beginning of economic freedom of blacks. As the provisional president of Africa by UNIA, he discussed his plan of transportation of African Americans with the Ku Klux Klan. Apart from that, he severely criticised Jim Crow laws and deprivation of black people from their right to vote. He tried to convince the government of Liberia to grant land to settle black people of America there. Unfortunately his plan failed. Jamaican Celebrities
African American Men
African American Authors
Black Leaders
Political Leaders
Childhood & Early Life
Born as Marcus Mosiah Garvey, Jr. in St. Ann's Bay, Jamaica, Marcus Garvey was the youngest of the eleven children of Marcus Mosiah Garvey, Sr., a mason and Sarah Jane Richards, a domestic worker.
He received his primary education from elementary schools in St. Ann's Bay. During this time, he went through bitter experiences like racism.
After several years, he left his school and started serving as an apprentice of a printer. In 1903, he visited various parts of Kingston and Jamaica. In 1907, the compositor's branch of the printers' union elected him for the post of its Vice President.
His experience of joining a printer's strike from 1908 to 1909, on demand of higher wages played a crucial role in developing his interest towards political activity. 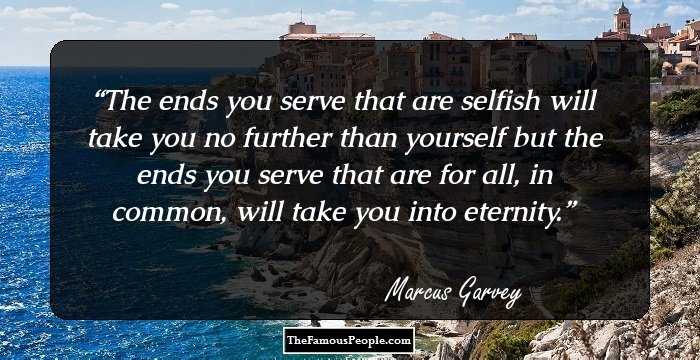 Quotes: You, Yourself, Will
Continue Reading Below
You May Like

The Hottest Male Celebrities With The Best Abs
Career
After several years, he visited different regions of Central America. While living in Costa Rica in 1911, he acted as the editor of "La Nacionale", a daily newspaper. In the later part of that year, he shifted to Colon, Panama and served as the editor of a biweekly newspaper.
From 1912 to 1914, he stayed in London. There he attended Birkbeck College. Simultaneously, he worked for the "African Times and Orient Review", a journal.
At that time, he used to deliver speech at Hyde Park's Speakers' Corner. After his return to Jamaica in 1914, he set up the Universal Negro Improvement Association (UNIA) .
In 1916, he visited the U.S. to deliver speech and to raise funds for establishing a school in Jamaica. It was this time when he met several black leaders there.
In the next year, he formed the first UNIA division in Harlem, New York, where he spoke about economic, social and political freedom of black people. In 1918, his publication of "Negro World" was an attempt to convey his message on freedom of black people in an effective way.
The purpose of the establishment of the Black Star Line, a shipping company by Marcus and UNIA in 1919, was to establish trade and commercial activities of Africans residing in America, South and Central America, Canada, Africa and the Caribbean.
Moreover, his establishment of the Negros Factories Association in the same year, aimed to produce marketable products in important places of the Western countries and Africa.
In August 1920, he delivered an inspirational speech about the rich heritage of African culture at the International Convention of UNIA in New York City. In this year, UNIA elected him as its provisional president of Africa.
In the same year, the first volume of his "Philosophy and Opinions of Marcus Garvey" appeared. In 1922, he was accused of a mail fraud regarding the commercial activities of the Black Star Line.
Continue Reading Below
He was imprisoned for five years in 1923. Moreover, his appeal was denied. After his release in 1927, he was sent to Jamaica. In Jamaica, he remained busy in various political activities.
In 1928 he went on a visit to Geneva and the intention of his visit to Geneva was to present the Petition of the Negro Race that states about the worldwide abuse of blacks. In the following year, he set up the People's Political Party in Jamaica to protect workers' rights and provide educational facility for the poor.
In the same year, the Allman Town Division of the Kingston and St. Andrew Corporation elected him councillor. In 1931, the establishment of the Edelweiss Amusement Company by him helped several Jamaican artists to get their due
He started publishing "The New Jamaican", an evening newspaper in 1932. Unfortunately, he could not continue the paper's publication due to financial problems.
In 1935, he shifted to London and was involved in various developments of Ethiopia and West Indies. It was the same year, when his "The Tragedy of White Injustice" appeared.
In 1938, he took initiative to establish the School of African Philosophy to provide training to the leaders of UNIA. At the same time, he worked for "The Black Man", a magazine. 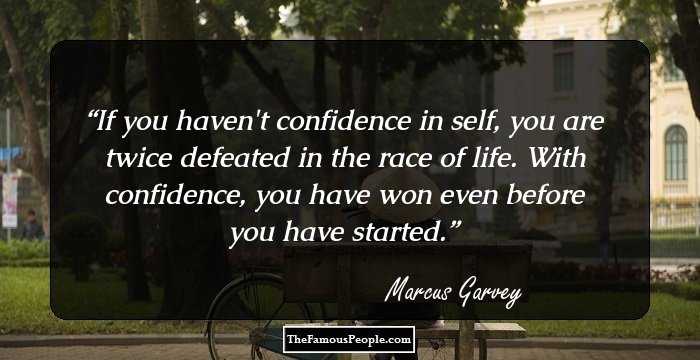 Quotes: You, Life
Personal Life & Legacy
He married his former secretary Amy Ashwood whom he divorced after three years. In 1922, he tied the nuptial knot for the second time with Amy Jacques. They had two children, Marcus Mosiah Garvey, III and Julius.
After suffering from two strokes, he passed away in London. His inspirational message towards the black people played a crucial role during the Civil Rights movement in the 1950s and 1960s.
Trivia
This influential political activist faced difficulties like racism when he was very young. When he was a teenager, his white friends with whom he used to play since his childhood days, started avoiding him. 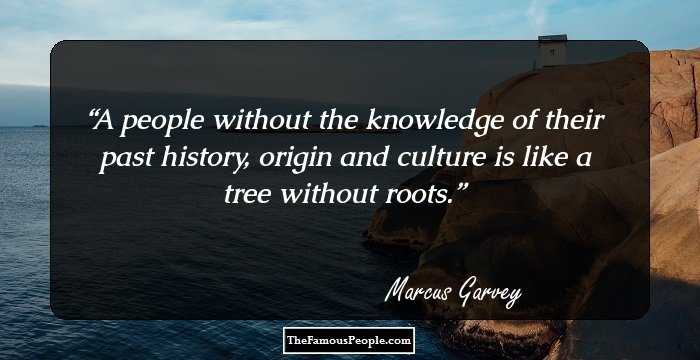 Quotes By Marcus Garvey | Quote Of The Day | Top 100 Quotes

See the events in life of Marcus Garvey in Chronological Order