Maddox Jolie-Pitt is an actor and executive producer, best known for his works in films like ‘First They Killed My Father’ and ‘By the Sea.’ Maddox started hogging the limelight as a seven-month-old kid, when he was adopted by Angelina Jolie and Brad Pitt on March 10, 2002. Maddox has made several public appearances and graced many red-carpet events alongside his famous parents. After his parents filed for divorce in 2016, Maddox chose to stay with his mother, with whom he engages in several humanitarian efforts. A conservation and community development program in Cambodia, which was founded by his mother in 2003, has been named after him.
Continue Reading Below 64
DID WE MISS SOMEONE?
CLICK HERE AND TELL US
WE'LL MAKE SURE
THEY'RE HERE A.S.A.P
Quick Facts

American People
Cambodian People
Leo Men
Childhood & Early Life
Maddox was born Rath Vibol on August 5, 2001, in a small village in Cambodia. In November 2001, Angelina Jolie and her then husband Billy Bob Thornton visited Cambodia with the intention of adopting a child. After meeting Maddox at an orphanage in Battambang, Jolie applied for an adoption. However, the adoption process was halted temporarily as the U.S. government had banned adoptions from Cambodia owing to speculations related to child trafficking. After a series of legal proceedings, Angelina Jolie took custody of him in Namibia, while filming for ‘Beyond Borders.’ When Brad Pitt started dating Angelina Jolie, he expressed interest in adopting Maddox, post which Angelina filed a petition to change Maddox’s surname from Jolie to Jolie-Pitt.
You May Like

Who Is The Most Popular BTS Member?
Continue Reading Below
Rise to Fame
As the oldest son of Angelina Jolie and Brad Pitt, Maddox attended several events, including the world premiere of ‘Maleficent’ in Los Angeles. He made his television debut in 2006, when he appeared in one of the episodes of the popular series, ‘VH1: All Access.’ In 2013, Maddox made his acting debut playing a minor role in the Marc Forster-directed film, ‘World War Z.’ The film, which had Brad Pitt playing the lead role, saw Maddox playing a zombie. Maddox made headlines in 2014, when he was presented with an opportunity to meet Queen Elizabeth II at the famous ‘Buckingham Palace.’ In 2015, he played another minor role in the drama-romance film ‘By the Sea,’ which was written and directed by Angelina Jolie. In 2017, he was roped in as one of the executive producers for a biographical drama film titled ‘First They Killed My Father.’ The film, which was directed by Angelina Jolie, is based on Loung Ung’s book of the same name.
Personal Life & Family
Maddox Jolie-Pitt has five younger siblings, namely Vivienne, Knox, Pax, Shiloh, and Zahara. Maddox has often been praised for shouldering the responsibility of an older brother with great enthusiasm. While he has always been close to Angelina Jolie, the separation of his parents has only strengthened his bond with his mother. According to reports, Maddox has always been Jolie’s biggest pillar of strength, especially at the time of her divorce with Brad Pitt. During the battle of custody between Jolie and Pitt, Maddox was given the option of deciding for himself which parent he wants to stay with and for how long.
Along with his mother, Maddox is involved in several humanitarian projects. In November 2018, Maddox and Jolie were seen visiting South Korea as part of an official humanitarian trip in association with the ‘United Nations.’ The mother-son duo was also seen checking out a few colleges in South Korea for Maddox to pursue his higher education. Maddox Jolie-Pitt is active on social media. His Instagram page has more than 23,000 followers.
You May Like 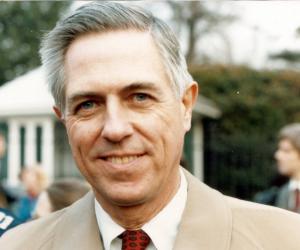