Françoise-Athénaïs de Rochechouart de Mortemart known as Madame de Montespan was a famous ‘maîtresse en titre’ of the King of France Louis XIV for thirteen years. Originally a member of the ‘House of Rochechouart’, she had a strong influence inside the court during her romantic association with the King and was considered as the ‘true Queen of France’ by many. She was the wife of Louis Henri de Pardaillan de Gondrin, Marquis of Montespan with whom she had two children. She eventually became the mistress of King Louis XIV after being appointed lady-in-waiting of the King’s wife, Marie-Thérèse. Madame de Montespan had seven children with the King, the first one, a girl died young while the other six were later legitimated. Her husband was exiled to Guyenne as he did not approve of her extra-marital relationship and was later officially separated from her. She lost her position in the eyes of the King when her notorious ‘Affaire des Poisons’ and association with the witch La Voisin was uncovered. Many suspected her of resorting to magical potions and even poisoning Angélique de Fontanges. Though she remained at the court, the King’s affection shifted to Madame de Maintenon. She later moved from Paris and settled at the convent of Saint-Joseph where she remained a superior. Many of the European royal houses of Italy, Portugal, Bulgaria and Spain had an ancestral lineage with her. French People
French Historical Personalities
French Female Historical Personalities
Libra Women
Childhood & Early Life
She was born on October 5, 1640 to Gabriel de Rochechouart and Diane de Grandseigne. She was baptised at the Château of Lussac-les-Châteaux on the day of her birth itself.
She inherited the celebrated Mortemart "ésprit" from her father who was the Duke of Mortemart, Prince of Tonnay-Charente.
Her mother, who was a lady-in-waiting of the Queen of France, Anne of Austria, often used to take her along while travelling from the different family estates to the court at Louvre, Paris. Thus, she had the opportunity to spend ample time in the court since her childhood.
Her formal education started at the age of twelve at the ‘Convent of St Mary’ in Saintes. She had a religious bent of mind since her childhood and would participate in Communion.
When she was twenty, she was appointed as maid-of-honor of Princess Henrietta Anne of England, the sister-in-law of the King. Thereafter, because of her mother’s good relation with Queen Anne of Austria, she was made the lady-in-waiting of King Louis XIV’s wife, Marie-Thérèse of Spain.
Continue Reading Below
You May Like

Famous Beautiful Women With Green Eyes
Marriage & Rise as Maîtresse-en-titre
Françoise married Louis Henri de Pardaillan de Gondrin, Marquis of Montespan on 28 January 1663. The couple lived close to the Louvre, which allowed Madame de Montespan to carry out her duties there as a lady-in-waiting to the Duchess of Orléans. Soon, she established herself as the "reigning beauty of the court".
Madame de Montespan was known for her astonishing beauty, charm and cultured nature. She was also an intelligent lady who kept herself updated with political events. She was praised by Saint-Simon. Soon she got noticed by the gentlemen of the King’s court and was eventually courted by Marquis de La Fare and the Comte de Frontenac.
She astonished the courtiers by displaying open resentment for the position of the King’s wife, Queen Maria Theresa of Spain. She used her charm and intelligence to win over the King. At first her efforts to woo the King was underestimated and laughed over by the King himself and his then mistress Louise de La Vallière. Eventually, she became the prime muse of the King after his wife and Louise became pregnant. Montespan was also successful in winning over the heart of the Dauphin.
In 1669, she gave birth to Louise Françoise de Bourbon her first illegitimate child with the King. The responsibility of upbringing the girl and also Montespan‘s subsequent children with the King was given to her friend Madame Scarron, who later became ‘marquise de Maintenon’.
The three living children of Montespan with the King were legitimated in 1673 allowing the children to use the royal surname of ‘de Bourbon’. As she was still officially married to the Marquis of Montespan, her name was not featured in the documents of legitimization.
In 1674, she got officially separated from her husband at the Châtelet.
In 1675, she sorted for absolution to participate in the Easter communion as any other Catholic, but was rejected by priest Lécuyer of the Roman Catholic Church for her involvement in royal adultery.
Her other living children with the King who were born after 1673 were also legitimized.
She lost her position in the eyes of the King when her notorious ‘Affaire des Poisons’ came to light in September 1677. Her associated with the witch La Voisin also came to light and she was alleged of poisoning and applying magic on her rivals to maintain her position in the eyes of the King.
Continue Reading Below
The accusations mounted after another beauty the Duchess of Fontanges came under the King’s notice. Many suspected Montespan of resorting to magical potions and even poisoning Angélique de Fontanges, who died unexpectedly in 1681.
Cases of poisoning were tried in the court of the chief judge and first Lieutenant General of Police of Paris, Gabriel Nicolas de La Reynie which revealed her association with the witch La Voisin since 1665. Other acts of Montespan including sacrificing newborns and performing black mass on herself in 1666 were also uncovered.
She was even accused of conspiring to kill the King but was acquitted of the charge due to inconsistent testimony.
The scandal was however hushed up from late 1680s by Madame de Maintenon, Jean-Baptiste Colbert and Louvois. Though the King continued to visit her, Montespan was eventually regarded as a dinky mistress while the King’s affection was transferred to Madame de Maintenon.
To avoid further humiliation, Montespan moved to ‘Filles de Saint-Joseph’ convent in 1691. The King showed his gratitude by granting a pension of half a million francs to Montespan and bestowing several titles to her relatives. She later became a superior of the convent.
Personal Life & Legacy
On January 28, 1663, she married Louis Henri de Pardaillan de Gondrin, Marquis of Montespan in a chapel at the Église Saint-Eustache in Paris, thus becoming the Marquise de Montespan.
The couple had two children. Their first child Marie Christine de Pardaillan de Gondrin was born on November 17, 1663 and their son Louis Antoine de Pardaillan de Gondrin, Marquis of Antin was born on September 5, 1664. Louis Antoine who later became Duke of Antin was in good terms with half brothers Louis Auguste de Bourbon, the Duke of Maine and Louis Alexandre de Bourbon, Count of Toulouse.
She had seven children with King Louis XIV but only four of them surpassed childhood. All their living children were legitimised.
Their first child Louise Françoise de Bourbon was born in 1669 but died as an infant in 1672. Louis Auguste de Bourbon, Duke of Maine was born in 1670. The third child Louis César de Bourbon born in 1672 died young in 1683. Next Louise Françoise de Bourbon, Mademoiselle de Nantes was born in 1673. Louise Marie Anne de Bourbon, Mademoiselle de Tours was born in 1674, died young in 1681. Françoise Marie de Bourbon, Mademoiselle de Blois was born in 1677 and Louis Alexandre de Bourbon, Count of Toulouse, was born in 1678.
She died in Bourbon-l'Archambault on May 27, 1707.
Humanitarian Work
She spent the last years of her life donating for charitable causes and hospitals and also as a patron of arts.
You May Like 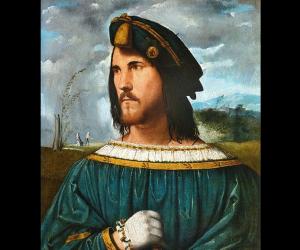