Luke Treadway is a British singer and actor known for playing Christopher in the stage production of ‘The Curious Incident of the Dog in the Night-Time,’ for which he earned an Olivier Award. He is the twin brother of popular actor Harry Treadway. Luke has appeared in multiple acting projects, including stage plays, movies, short films and TV shows. Born in Exeter, Devon, to a primary school teacher and an architect, Treadway grew up in Sandford alongside his two brothers. Following his schooling, he studied at Queen Elizabeth's Community College in Crediton. His first acting role was in a stage production of ‘Little Red Riding Hood.’ Since then, the talented actor has been consistently giving terrific performances. He has also appeared alongside his twin brother many times. Since 2011, he has been dating actress Ruta Gedmintas. The couple lives together in North London.
Continue Reading Below 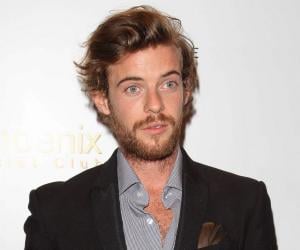 British People
British Men
London Academy Of Music And Dramatic Art
Virgo Actors
Male Singers
Childhood & Early Life
Luke Treadway was born on 10 September 1984, in Exeter, Devon, England. His mother is a primary teacher while his father works as an architect. He has two brothers, an elder brother, Sam, and a younger twin, actor Harry.
He studied at Queen Elizabeth's Community College. He later joined the National Youth Theatre and appeared in many plays for the company.
Continue Reading Below
You May Like

The Best Black Actresses Of All Time
Career
Luke Treadway made his feature film debut in 2005, appearing in ‘Brothers of the Head’ alongside his brother Harry. In 2006, Treadway graduated from the London Academy of Music and Dramatic Art.
In 2006, he joined the cast of BBC’s ‘The Innocence Project’ as Adam. In 2007, he appeared in ‘Clapham Junction’, a TV film focusing on the individual experiences of many gay men and the resultant consequences when their lives collide. That year, the actor also appeared in Royal National Theatre’s production of ‘Saint Joan’.
From 2008 to 2009, he starred in the television series ‘Mist: Sheepdog Tales’. During this time, Treadway also featured in the British horror ‘Heartless’. Although the film didn’t do well commercially, it garnered positive reviews from the critics.
The year 2010 saw him in a music video for the song “For the First Time” as well as in the action adventure fantasy flick ‘Clash of the Titans,’ a movie directed by Louis Leterrier. It grossed $493.2 million worldwide against its $125 million budget.
In 2011, the actor appeared in the international project ‘'Late Bloomers', a French drama movie starring Isabella Rossellini and William Hurt. That year, he also featured in a theatrical production of ‘The History of Titus Groan’.
In 2012, he bagged a role in Royal National Theatre’s production of ‘The Curious Incident of the Dog in the Night-Time’. His performance in the play earned him an Olivier Award for Best Leading Actor.
Also in 2012, Treadway played Joseph Patten in the comedy drama film 'Cheerful Weather for the Wedding'. The film centers on a woman who worries that she's about to marry the wrong guy on her wedding day, while both her fiancé and her ex-lover become anxious about the event.
In 2015, he starred in the TV film ‘The Rack Pack’ and also appeared in the television series ‘Vicious’.
He lent his voice to the character of Raymond Briggs in Roger Mainwood’s animated biographical movie ‘Ethel & Ernest’ in 2016. Treadway also starred in the feature film ‘A Street Cat Named Bob’ the same year.
In 2017, he acted in the play ‘Who's Afraid of Virginia Woolf?’ that premiered at the Harold Pinter Theatre. This was followed by his role in the BBC1 miniseries ‘Ordeal by Innocence’.
Major Works
In 2015, Luke Treadway joined the cast of ‘Fortitude’ as Vincent Rattrey, a role he played until 2018. The horror psychological thriller series premiered on Sky Atlantic and also starred Richard Dormer, Björn Hlynur Haraldsson, Alexandra Moen and Sofie Gråbøl.
Family & Personal Life
Luke Treadaway is in a relationship with actress Ruta Gedmintas and lives with her and his twin brother, Harry, in a flat in North London.

See the events in life of Luke Treadaway in Chronological Order