Louis XVI was one of the famous monarchs of the 18th century. He was the last king of France before the French Revolution put an end to the monarchy. The king was primarily known for being eloquent since an early age; he was fluent in languages, such as Italian and English. He was crowned the supreme of France during his teenage years and had to deal with the great responsibility of stabilizing the nation's economy. Though initially criticized for his inefficient administration, Louis went on to silence his critics with his perfectly strategized moves. Taking all challenges into his stride, he managed to solve the problems of the nation and become an efficient leader. He gave his subjects the liberty to follow the religion of their choice, which was considered an unorthodox move by a ruler at that time; this is regarded as one of his most important decisions. As a leader of his country, Louis XVI's sole aim was to earn the love and respect of his subjects through his administration. Unfortunately, the king was toppled by revolutionaries who wanted to put an end to monarchy and pave the way for democracy. Thus, Louis XVI became the last king of France. Henry II of France
DID WE MISS SOMEONE?
CLICK HERE AND TELL US
WE'LL MAKE SURE
THEY'RE HERE A.S.A.P
Quick Facts

Louis XVI was born on 23 August 1754, at the Palace of Versailles in France, to Louis, the Dauphin of France, and his spouse Maria Josepha. Louis XVI was the second of seven children born to his parents. At birth, he was given the title Duc de Berry.

Though he was very shy as a kid, the young prince was known to be very intelligent. He managed to get a grip over several subjects, including English, Italian, Geography, History, Astronomy, and Latin at a very young age.

During his younger days, one of his favorite activities was spending time with his siblings, Charles Philippe and Louis Stanislas.

The prince succeeded his father in 1765 to become the new Dauphin, after the latter succumbed to tuberculosis. He was barely 11 years old when it was confirmed that he would inherit his grandfather’s throne.

Many teachers had helped Louis XVI in shaping his personality. They also helped him gain knowledge till the age of 15. A few of these instructors include Abbe Berthier, Duc de La Vauguyon, and Abbé Soldini.

Some of the subjects that he learnt from his childhood to early teens include humanities and religion. However, it was believed that the education he received lacked lessons on managing administration, which was considered an important lesson to learn for the future heir to the throne. 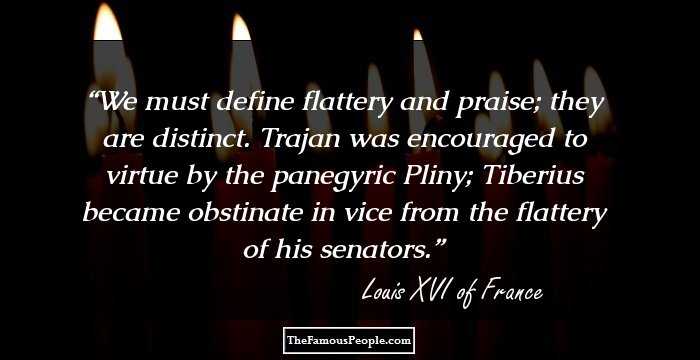 After his grandfather passed away in 1774, Louis XVI was crowned the next king of France. The prince was just 19 years old when he received this honor. Along with the honor came a massive responsibility of stabilizing the nation, which was suffering due to a great economic mess.

In his initial days as the ruler, Louis XVI’s administration showed a lack of maturity and inconsistency in terms of decision making. However, he sought the help of Jean-Frédéric Phélypeaux, who worked as an advisor to the new king and helped him in making decisions concerning important political matters.

One of the important accomplishments of his administration was the signing of a pact called ‘Edict of Versailles’ in 1787. The pact gave his subjects an opportunity to practice any religion of their choice. Non-Catholic inhabitants, such as Jews and Lutherans, enjoyed improved political statuses during his reign.

Louis XVI also had a desire to invade India. Keeping this in mind, he entered into a trading agreement with Peshwa Madhu Rao Narayan, ruler of the Maratha Empire. Eventually, the French naval forces reached the shores of present-day Mauritius and devised a strategy to enter India.

The king of France was also interested to annex the Cochinchina region of Vietnam. In this regard, Louis XVI and the renowned Vietnamese Emperor Nguyen Phuc Anh agreed on a pact called ‘Treaty of Versailles’ in 1787.

The Louis XVI administration achieved another milestone in 1789, when a human rights document titled ‘Declaration of Rights of the Man and the Citizen’ was approved by the ‘National Constituent Assembly’ of France.

The same year, many French citizens rebelled against the queen, whom they accused of leading an extravagant lifestyle when the nation was facing economic crisis; they even barged into the palace of Versailles in a bid to kill the queen. The revolutionaries also wanted the monarchy to end soon and urged for a democratic administration.

In 1791, the king tried to relocate, along with his family, to Montmédy in the northeastern region of France. However, the idea wasn't as successfully executed as it was planned.

In 1792, the French government declared a war against the revolutionaries in Austria. However, the opposition proved to be more powerful and shattered the plans of the French forces.

The king was arrested in 1792 and was confined to a prison called 'Temple' near Paris. The National Assembly of France put an end to the reign of the king and paved way for democracy in the nation. 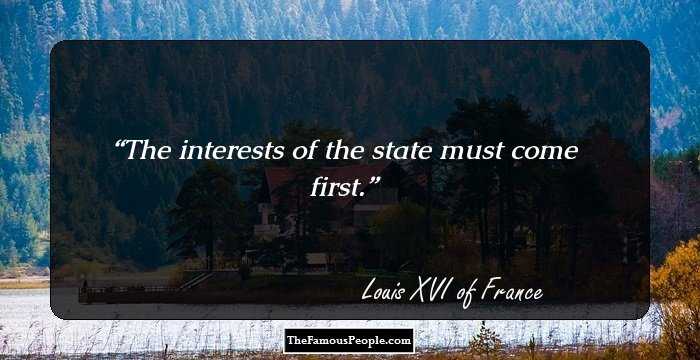 Louis tied the knot with Archduchess Marie Antoinette in May 1770. Both of them were in their early teens at the time of their wedding. The marriage was widely criticized by the public, since Marie belonged to Austria.

The couple did not have any children even after being married for seven years, giving rise to speculations about the king being infertile. The monarch and his Queen Maria Antoinette became a subject of mockery due to the same reason.

The king was executed in 1793 in a public place called 'Place de la Concorde,' after being imprisoned in France for about a year.

King Louis was portrayed in the 1938 film 'Marie Antoinette,' which was based on the life of his queen. 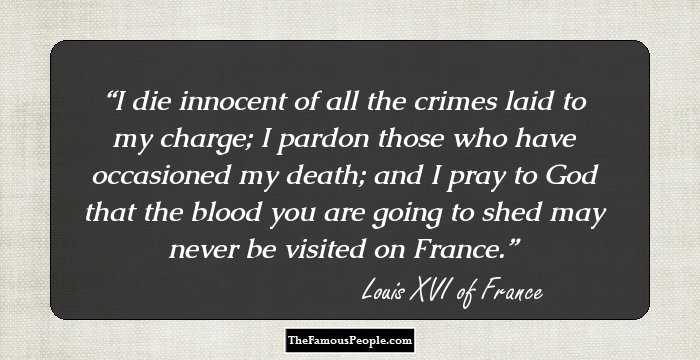