Linda McMahon is an American political executive and former professional wrestling executive who served as the 25th Administrator of the Small Business Administration from 2017 to 2019. The wife of professional wrestling promoter turned executive Vince McMahon, she contributed equally to transform the sports entertainment company Titan Sports, Inc. into the global brand World Wrestling Entertainment, Inc. Among other things, she handled contract negotiations, trademark protection, and introduced merchandise, before eventually serving as president and chief executive officer of the company. She was responsible for launching the company's civic programs like 'Get REAL' and 'Smackdown! Your Vote', and made occasional on-screen appearances. She later left her post in WWE to run for the US Senate on Republican ticket in 2010, and then in 2012; both the times she was unsuccessful. She also served for a year in the Connecticut State Board of Education and is currently the Chairwoman of America First Action, a pro-Trump Super PAC. 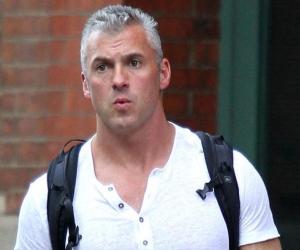 Linda McMahon was born as Linda Marie Edwards on October 4, 1948, in New Bern, North Carolina, United States, to Evelyn and Henry Edwards, both employees at Marine Corps Air Station Cherry Point military base. Raised in a conservative Baptist family, she converted to Roman Catholicism later in her life.

She was a tomboy during childhood and played basketball and baseball while attending Havelock High School, where she was a member of the National Honor Society. She was 13 when she met 16-year-old Vincent 'Vince' K. McMahon at church, and the two dated throughout their school years.
While both their mothers worked in the same building, they had not met earlier, and Vince, who had endured several abusive step-fathers, became very close to the Edwards family. He proposed to Linda following her school graduation, and they were married on August 26, 1966, two days after he turned 21, while she was only 17.
After marriage, she joined Vince at East Carolina University in Greenville, where he was studying business administration. In 1969, she completed her bachelor's degree in French, with a minor in Spanish, and also received certification to teach.
Continue Reading Below
Early Career
After Linda McMahon's husband, Vince, became a television announcer and live-event promoter in his father's Capitol Wrestling Corporation in Washington, the couple relocated there. She began her career working as a receptionist at Covington & Burling, a corporate law firm, where she trained as a paralegal, translated French documents, and learned about intellectual property rights and contract negotiations.
As Vince travelled across the Northeast expanding the company, they lived in Gaithersburg, Maryland, and West Hartford, Connecticut, and she helped with scheduling, contracts and record-keeping, while also caring for their two young children. They had amassed about $1 million in debt that led to bankruptcy in 1976, forcing the couple to live on food stamps until Vince took a 90-hour-a-week job at a quarry.
After learning that Cape Cod Coliseum was up for sale, the couple moved to Massachusetts in 1979 and purchased the small arena, where they hosted wrestling and other sports events. Linda learnt about the managerial aspects of the live-event business and interacted directly with consumers while selling tickets, sometimes offering them meatball sandwiches that she cooked.
Once Titan Sports, Inc. was established in 1980, she put to use her prior knowledge of intellectual property law to help her husband with trademark protection. She also pioneered in selling souvenir merchandise during live-events, starting with T-shirts and later introducing action figures 'Wrestling Superstars' in 1984, revenue from which contributed considerably to their business.
Vince purchased Capitol Wrestling, the parent company of the World Wrestling Federation, from his father in 1982, and next year, the couple moved to Greenwich, Connecticut, where they currently reside. Determined to make WWF popular at the national level, he ventured into the pay-per-view industry with WrestleMania 1985 and began airing the show on national television, which eventually led to the brand's global success.
While she largely ran Titan Sports, and later WWF, together with her husband and was generally known as the "co-chief executive", she formally became WWF president in 1993 and CEO in 1997. On May 3, 1999, she made her first WWF TV appearance during the Corporate Ministry storyline, and was later part of several other storylines as well.
In August 2000, she launched 'SmackDown! Your Vote', the company's non-partisan voter registration campaign, which continues to engage new voters from different demographics by featuring popular wrestlers in public service announcements and online marketing. She also launched the Get R.E.A.L. program, which promotes youth education, and has been involved with several charitable organizations including the USO, the Make-A-Wish Foundation, the Multiple Myeloma Research Foundation, and the Starlight Foundation.
Political Career
Linda McMahon resigned as WWE CEO in 2009 after being appointed to the State Board of Education by Connecticut Governor, Jodi Rell, in January that year. She was confirmed in the Connecticut State Assembly despite lack of "knowledge regarding education", but resigned in April 2010 to campaign for senate as state law restricted political activities by board members.
On September 16, 2009, she announced her Senate campaign from Connecticut, personally sponsored with $50 million, and projected herself as a pro-choice Republican promising lower taxes, fiscal conservatism, and job creation. Despite tough competition from former Congressman Rob Simmons, she defeated her opponents in the Republican primary, but lost the general election to Democratic candidate Richard Blumenthal.
She continued to run television ads and made regular media appearances before finally announcing her candidacy in September 2011 and was the favorite Republican candidate for the 2012 election to replace Joe Lieberman. Spending $15.7 million from personal fund, she secured the primary defeating former congressman Chris Shays, but again lost the general election to Democrat Chris Murphy.
She next became one of the major Republican fundraisers and donated to American Crossroads and Ending Spending Fund, as well as $6 million to Rebuilding America Now, which aimed at electing Donald Trump. The McMahons were close to Trump since his appearance at WrestleMania 23 in 2007 and had made several contributions to his charitable foundation.
She was nominated as the Administrator of the Small Business Administration by Trump on December 7, 2016, and was confirmed by the full Senate on February 14, 2017. She resigned from her post on April 12, 2019, after announcing it a month earlier, and was named Chairwoman of America First Action, a pro-Trump Super PAC, on April 15.
Family & Personal Life
Linda McMahon gave birth to her first child, Shane Brandon, on January 15, 1970, Gaithersburg, Maryland, and to her second child, Stephanie Marie, on September 24, 1976, in Hartford, Connecticut. Shane is a professional wrestler who is also a minority owner and producer in WWE, while Stephanie, who is married to wrestler Paul 'Triple H' Levesque, is the chief brand officer of WWE.
Trivia
During her 2010 Senate campaign, Linda McMahon depicted her journey from bankruptcy in 1976 to building the "global brand" WWE as a rags-to-riches story to gain sympathy from voters. However, she consciously declined to shed more light about the circumstances that led to the bankruptcy, which was criticized by her opposition and the media.

See the events in life of Linda McMahon in Chronological Order