Sheryl Sandberg is an American technology executive, activist, and author best known as the chief operating officer (COO) of Facebook. She currently sits on Facebook's board of directors as its first female member. She is also the founder of Leanin.org and the co-author of two books, ‘Lean In: Women, Work, and the Will to Lead’ with Nell Scovell, and ‘Option B: Facing Adversity, Building Resilience and Finding Joy’ with Adam Grant. Before joining Facebook, she was the vice president of global online sales and operations at Google and helped launch its philanthropic arm Google.org. She also served as the chief of staff for United States Secretary of the Treasury Lawrence Summers, who was her professor at Harvard and her mentor. She has been invited as a keynote speaker at various events and delivered the TED speech titled “Why we have too few women leaders”. In 2012, she was named in the ‘Time 100’, ‘Time’ Magazine’s annual list of the 100 most influential people in the world, and currently ranks fourth on ‘Forbes’ list of most powerful women. American People
Business Women
American Women
Harvard University
Virgo Entrepreneurs
Childhood & Early Life
Sheryl Kara Sandberg was born on August 28, 1969 in Washington, D.C. to Joel Sandberg, an ophthalmologist, and Adele Sandberg, a French language teacher, who left her job and Ph.D. studies to raise her children. She and her younger siblings, David and Michelle, were raised in North Miami Beach, Florida, where the family relocated when she was only two.
She attended Highland Oaks Middle School in North Miami-Dade and in 10th grade, entered North Miami Beach High School, from where she graduated on 1987 with a 4.646 GPA. During her high school years, she was a member of the National Honor Society, was the sophomore class president, was on the senior class executive board and also taught aerobics.
In 1991, she graduated summa cum laude with a bachelor's degree in economics from Harvard College and, as the top graduating student in economics, was awarded the John H. Williams Prize. Her then-professor Larry Summers offered to provide advice on her thesis paper, and also supported the group ‘Women in Economics and Government’ that she co-founded.
She was Summers’ research assistant at the World Bank for about a year, during which time she worked on health projects in India dealing with leprosy, AIDS, and blindness. She entered Harvard Business School in 1993, and two years later, earned her MBA with highest distinction.
Continue Reading Below
Career
Sheryl Sandberg’s first job was as a management consultant for McKinsey & Company, which she did for about a year in 1995-1996. For the next five years, she assisted Larry Summers, who at the time was the United States Secretary of the Treasury under President Bill Clinton.
She left the job after the Republicans came into power in November 2000, and moving to Silicon Valley, joined Google Inc. From November 2001 to March 2008, she served as Google’s Vice President of Global Online Sales and Operations, supervising sales of its advertising and publishing products, consumer products and Google Book Search.
In late 2007, Sandberg, who was eager to take more responsibility, had expressed her willingness to take charge of the troubled Washington Post Company as a senior executive to its CEO Donald Graham. That December, at a Christmas party hosted by Dan Rosensweig, she met Mark Zuckerberg, the co-founder and CEO of Facebook, and had an hour-long discussion after he introduced himself.
In the following months, she had several private meetings with Zuckerberg to talk about how to make Facebook profitable, following which, Zuckerberg offered her the role of the chief operating officer (COO). Finding that social networking had better prospects than newspapers, she decided against Donald Graham’s offer and also rejected Google CEO Eric Schmidt’s offer to make her the chief financial officer.
Sandberg, who wanted a more challenging role, failed to get the responsibility of the COO at Google as the company already had Schmidt and the two founders, Larry Page and Sergey Brin, making major decisions. In February 2008, she finally decided to accept Zuckerberg’s offer and left Google despite attempts to convince her to stay.
Soon after joining Facebook in March 2008, she talked to its hundreds of employees to build a personal relationship with them which Zuckerberg had failed to achieve. Within two years, she also achieved her goal to make Facebook a profitable company by introducing “ads discreetly presented”.
In 2012, she was inducted into Facebook's board of directors as the first female (eighth overall) member. She was previously named into the boards of The Walt Disney Company and Starbucks in 2009, and also serves on the boards of Women for Women International, the Center for Global Development and V-Day.
Writing and Philanthropy
Sheryl Sandberg addressed issues like the lack of women in government and business leadership positions in her book, ‘Lean In: Women, Work, and the Will to Lead’, which she co-authored with Nell Scovell in 2013. The book, despite its immense success, earned her criticism for being “too elitist” and "tone-deaf" to the struggles faced by the average woman in the workplace.
In 2013, with profits from the sales of her book, she established the non-profit ‘Lean In Foundation’ (renamed LeanIn.Org) to offer women “ongoing inspiration and support to help them achieve their goals”. In 2016, it was renamed to the ‘Sheryl Sandberg & Dave Goldberg Family Foundation’ as a parent organization for LeanIn.Org and another new organization to be formed around her 2017 book, ‘Option B’.
Major Works
Sheryl Sandberg is best known for making Facebook a profitable company as it was originally built as a "really cool site" and barely had any revenue before she joined as its COO. She previously served as the chief of staff for United States Secretary of the Treasury Lawrence Summers and was involved in launching Google's philanthropic arm Google.org.
Awards & Achievements
Sheryl Sandberg has been named into the list of most powerful women by ‘Forbes’ many times in the past and currently ranks fourth on the list. Over the past decade, she has made into several such lists by ‘Fortune’ Magazine, ‘The Wall Street Journal’, ‘Time’ Magazine, ‘Business Week’, ‘The Jerusalem Post’, and more.
In June 2012, she became the first woman to serve on Facebook's board of directors. In 2013, her book ‘Lean In’ was shortlisted for the ‘Financial Times’ and Goldman Sachs ‘Business Book of the Year Award’.
Personal Life & Legacy
Sheryl Sandberg got married to Brian Kraff in 1993, but the couple divorced one year later.
In 2004, she married Dave Goldberg, who was at the time an executive with Yahoo! and later became the CEO of SurveyMonkey.
On May 1, 2015, it was reported that her husband died due to a head injury that he had sustained while vacationing in Mexico, but she later revealed that he died due to an arrhythmia. She currently lives in Menlo Park, California with her son and daughter from Goldberg.
Trivia
In 2015, Sheryl Sandberg was one of 35 signatories to sign an open letter addressing German chancellor Angela Merkel and the chair of the African Union, Nkosazana Dlamini-Zuma, demanding women’s equality at global stage. She also sponsored the controversial ‘Ban Bossy’ campaign in 2014.

See the events in life of Sheryl Sandberg in Chronological Order 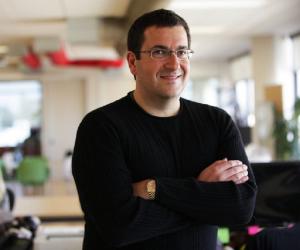 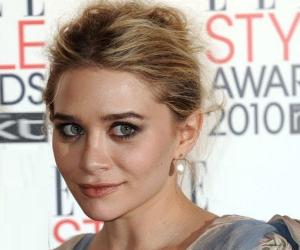 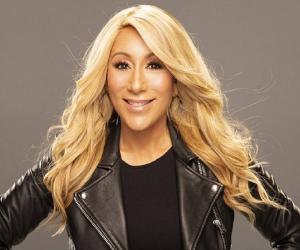