Advanced Search
Shane Brandon McMahon is an American businessman and a part-time professional wrestler who is a minority owner of World Wrestling Entertainment (WWE). Known for his daredevil decisions both in and out of the ring, Shane is the Vice-Chairman of Wecast Holdings Inc, and the on-screen commissioner of WWE's weekly television show ‘SmackDown Live.’ The only son of WWE Chairman Vincent McMahon, Shane is a fourth generation wrestling promoter. Also a referee, producer, and announcer, he began working with WWE at the age 15, and inherited his father’s business skills. While he is a fiery wrestler on-screen, he is also WWE's Executive Vice President of Global Media behind the scenes. In 2010, he resigned from WWE, and joined an entertainment service company, YOU On Demand as CEO. He returned to WWE in 2016. Winner of the European Championship and Hardcore Championship, Shane is known for his high-risk moves in the ring. During his in-ring career, he surprised his fans on many occasions. His daredevil stunts include jumping from the top of the cell to the announcer's table in Hell in a Cell match, taking a 50-foot leap off the Titantron, and defeating his own father in a brutal Street Fight at WrestleMania X-Seven. In fact, he always does things differently from the rest of the McMahon clan, both in front of and behind the cameras. 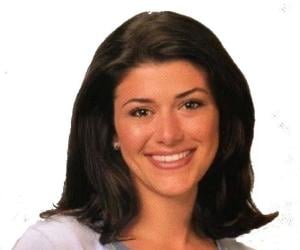 American People
American Men
Boston University
Tall Celebrities
Tall Male Celebrities
Childhood & Early Life
Shane McMahon was born on January 15, 1970, in Gaithersburg, Maryland, to WWE majority owner and chairman Vince McMahon and his wife Linda McMahon. His younger sister is WWE executive Stephanie McMahon, and his brother-in-law is WWE executive, and wrestler Paul ‘Triple H’ Levesque. He is the great-grandson of Jess McMahon, and grandson of Vincent J. McMahon, who founded WWE.
Shane was trained under Phil Nurse. In 1988, he graduated from Greenwich High School, and later attended Roger Williams University, where he studied media and marketing. He also attended Boston University, from where he graduated in 1993.
Continue Reading Below
Career
Shane McMahon started working in WWE when he was 15 years old. He initially worked in the warehouse, filling merchandise orders and mailing merchandise. After his father refused to give him a raise, he left WWE and started looking for a job. He eventually landed a construction job starting at $400 a week, triple what he used to earn at the WWE warehouse.
After he returned to WWE a few years later, he became serious about the family business. He accompanied his father to meetings, sat in production meetings, took notes, and even asked questions afterward. He learned the little details of the business from his father’s top lieutenant, former wrestler Pat Patterson. However, he also considered other career paths like architecture, investment banking, and even pro football.
In WWE, he worked in a number of divisions like television production, sales, marketing, and international business development. In 1989, he became WWF referee at the Survivor Series. He also refereed during the 1991 Royal Rumble match.
In August 1998, he became the inaugural color commentator for Sunday Night Heat, announcing along with Jerry Lawler, Jim Cornette, and Kevin Kelly. He even got to step up and announce at an episode of Monday Night Raw. However, critics believed that he was a mediocre commentator and could not make the commentary interesting.
In 1998, Shane McMahon helped in developing the company’s Digital Media Department, and created WWF.com, which in 2002 became WWE.com, turning the site into a major business platform for WWE.
In 1999, he became a key component in ‘The Corporation,’ winning the European Championship from X-Pac. In the same year, he fought with his father and a new faction called The Union. On one pilot for SmackDown!, he joined The Undertaker and the Ministry of Darkness to form the Corporate Ministry.
Throughout 1980s and 1990s, he dabbled with various roles in WWE with the hope that he would take over the business from his father like his father did from his grandfather. Unfortunately, it became apparent that his sister Stephanie and her husband Triple H were becoming more powerful, and he realized that the possibility of them become the apparent heirs was greater. Seeing himself out of the competition for a leadership position, he started looking for outside opportunities and also thought of forming his own independent wrestling organization.
In 2001, Shane feuded with his father once again, defeating him at WrestleMania X-Seven. As a businessman, his crowning moment came in March 2001, when he purchased long-time rival WCW, ending the ‘Monday Night War’ that was on throughout the 1990s.
He wanted to buy the slowly dying ECW and run it as a separate entity. Instead, his father bought ECW and let the promotion close down completely before reviving it under the banner of WWE. While Shane wanted to run ECW as an independent entity, his father made ECW a third WWE brand. Shane also tried to convince his father to buy UFC back in the early 2000s, and also Pride, a Japanese mixed martial arts promotion company.
Continue Reading Below
In 2003, he became the Executive Vice President of WWE Global Media, and looked into international TV distribution, live event bookings, digital media, consumer products, and publishing.
He negotiated major WWE TV deals in England, Mexico, South America, and other countries around the globe, and these international agreements helped WWE grow faster.
In November 2007, he cracked a major TV deal to start the WWE television station to air Raw and SmackDown events. In September 2008, he finalized the TV deal, which allowed WWE programing to air on Mexico's two biggest television networks: Raw on Televisa and SmackDown on TV Azteca.
During his wrestling career, he defeated the Big Show and Olympic gold medalist Kurt Angle, and fought Kevin Owens in a Hell in a Cell match. His other important victories include singles wins over WWE champions Shawn Michaels and Mick Foley.
In October 2009, he resigned from WWE; his resignation became effective from January 1, 2010. In August 2010, he became the CEO of China Broadband Inc., a provider of cable broadband services. He also sits on the Board of Directors for International Sports Management.
In 2010, he also became the CEO of You On Demand, the first VOD and the biggest pay-per-view service in China. YOU On Demand never actually made profits during the years Shane was its CEO. In July 2013, he voluntarily stepped down as CEO of YOU On Demand, and appointed Weikang Liu as his successor. He remained the company’s principal executive officer and chairman of the board.
He returned to WWE in February 2016 and faced The Undertaker at WrestleMania 32 where he was defeated. He partly owns the Indian Larry Motorcycle Shop in Brooklyn, NY. In July 2016, he was appointed as the storyline commissioner of the SmackDown Live.
Awards & Achievements
In 1999, Shane McMahon was ranked No. 245 of the 500 top singles wrestlers in the PWI 500.
He won the WWF European Championship once and the WWF Hardcore Championship once as a professional wrestler.
In 2006, Detail magazine listed him as one of ‘50 Most Powerful Men Under 42’.
Personal Life
On September 14, 1996, Shane McMahon married Marissa Mazzola, who was his high school sweetheart. They have three sons—Declan James, Kenyon Kenny Jess, and Rogan Henry.
In July 2017, he was involved in a helicopter crash. He was rescued relatively unhurt from the helicopter that made an emergency landing near New York.

See the events in life of Shane McMahon in Chronological Order