Lin Feng-Jiao (also known as Joan Lin) is a Taiwanese retired actress best known for her performance in ‘The Story of a Small Town’. Her portrayal of a mute young woman in the romantic drama film not only won her a prestigious award, but also established her as one of the leading actresses in Taiwan. Born into a poor family, she struggled throughout her childhood. Her family situation was so bad that she had to drop out of school when she was 12. Left with no prospect of receiving a good education, the young girl decided to venture into show biz in order to earn some money. Pretty and confident, she was able to find a few acting roles while still in her teens and made her film debut in 1972. Her performance in her debut film was much appreciated and soon she began to get many film offers. As hard-working and talented as she was beautiful, Lin Feng-Jiao earned tremendous fame within a few years. She met and married actor Jackie Chan in the early 1980s and retired from acting to devote herself wholeheartedly to their family.
Continue Reading Below 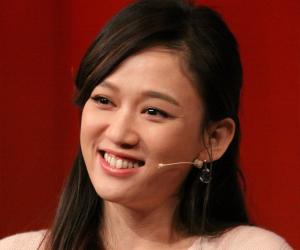 Taiwanese People
Cancer Actresses
Taiwanese Actresses
Actresses Who Are In Their 60s
Women Film & Theater Personalities
Career
Born into a poverty-stricken family, Lin Feng-Jiao’s early life was a very difficult one. However, the gutsy young girl was determined to rise above her difficult circumstances and started looking for acting work as she blossomed into a beautiful teenager. She was able to venture into films in her late teens and made her debut in the kung fu film ‘The Hero of Chiu Chow’ in 1972. Having made her entry into the world of acting, it did not take her long to establish herself as a popular actress. Throughout the 1970s, she appeared in a number of films, portraying diverse roles. Her career peaked at the heights of glory in 1979 when she played the role of a mute young woman in the film ’The Story of a Small Town.’ Her poignant performance was much appreciated by the critics and won her the Best Leading Actress trophy in the 16th Golden Horse Awards. The same year, she also appeared in another hit film, ‘Wang yang zhong de yi tiao chuan.’ By the late 1970s, Lin Feng-Jiao had established herself as one of the topmost Taiwanese actresses of that era. She got married and retired from acting in the early 1980s to spend more time with her husband and child.
You May Like

Taiwanese Film & Theater Personalities
Taiwanese Female Film & Theater Personalities
Cancer Women
Continue Reading Below
Controversies & Scandals
A dedicated family woman, Lin Feng-Jiao is not someone who courts controversies. However, she is often pulled into uncomfortable situations due to the scandalous activities of her husband and son. In 1999, she was forced into the limelight once again when the sordid details of her husband Jackie Chan’s affair with actress Elaine Ng surfaced. Elaine had become pregnant and it was speculated that this incident would make Lin divorce her husband. However she chose to forgive him and save their marriage. Another controversial incident happened in 2014 when her son, Jaycee, was arrested by Beijing police for drug possession. Lin was very shocked to know of her son’s illegal activities and Jaycee later wrote a three-page remorse letter to his mother promising to mend his ways in future.
Personal Life
Lin Feng-Jiao was born on 30 June 1953 in Taipei, Taiwan, as one of the five children in a poor family. She had a difficult childhood, spent in dire financial condition. The monetary situation of her family was so poor that young Lin had to drop out of school at the age of 12. Following that, she was forced to work in a farm under very hostile conditions. As she blossomed into a beautiful young lady, she thought of finding work as an actress. Fortunately, she was able to land her first acting role when she was 19. Her initial success in her debut paved the way for a highly productive career. In 1981 she met the actor Jackie Chan and became romantically involved with him. She soon got pregnant and Chan asked her to marry him. The couple got married in December 1982 and shortly had their son, Jaycee. Their marriage saw many ups and downs over the ensuing years, mainly due to Chan’s infidelities. However, being the loyal wife that she is, Lin Feng-Jiao chose to forgive her philandering husband every time.
You May Like 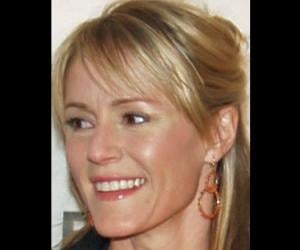 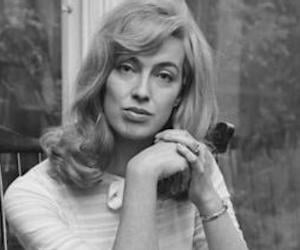 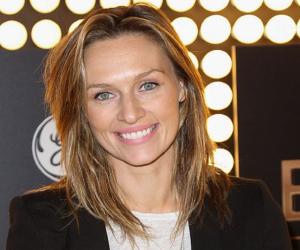