Tione Merritt is an American hip hop artist/rapper who is more popular by his stage name, ‘Lil TJAY.’ A native of New York, TJAY grew up not far from the birthplace of hip hop. However, his exposure to the history of the genre is minimal. TJAY had a turbulent childhood and spent much of his time getting into trouble and fighting with other boys. He also committed petty robberies. In 2016, he was sentenced to serve a year at a youth detention centre in New York for a robbery. After being released in 2017, TJAY began frequenting a recording studio. He had previously made a couple of songs using his own personal instruments. On the first visit to the studio, he recorded ‘Resume’. It garnered positive reviews and led to the release of more tracks and a record deal with Columbia Records. In December 2018, TJAY put out his first extended play, ‘No Comparison’. According to an interview published on ‘Pitchfork,’ TJAY is presently working on his first studio album. American People
Black Rappers
Black Musicians
Hip Hop Singers
Lyricists & Songwriters
Rise to Fame
While TJAY was still getting into fights and robbing people, he recorded a few songs on his computer and phone in a traditional hip hop style. On his first day in a studio, he remembered the time he spent singing songs by Usher and Michael Jackson while his mother played the piano. On an impulse, he began singing his lyrics and went on to record ‘Resume’, an anti-love song. In January 2018, the song’s music video was released. It did not take long for the track to garner some popularity. He subsequently stopped roaming the streets all the time. He had no plan and no schooling. Shutting out the rest of the world, he began writing lyrics in his room.
In 2017, he had worked with Lil Tut on the song ‘Don’t Gotta Explain’. On Valentine’s Day 2018, he put out the track ‘Ride for You’ that became viral, accumulating millions of streams on SoundCloud. About five months later, in July, he released a new song called ‘Brothers’. That year, he has also put out the tracks ‘Long Time’, ‘Goat’, ‘Leaked’, ‘New Flex’, and ‘None of Your Love’. The last track was produced by CashMoneyAP. TJAY has also collaborated with the likes of Asian Doll, Jay Guapo, and TJ Porter over the course of the past few months. The young rapper employs a very inventive strategy to ensure the permanence of his newfound fame. He keeps a careful eye on SoundCloud and Instagram trends and releases a new track only when the previous ones are virtually flatlining.
TIJAY’s ever-growing popularity soon ushered in responses from record producers. It compelled him to eventually hire a lawyer to oversee the business side of his music. In 2018, he signed a recording contract with Columbia Records. In December, he put out his first EP, ‘No Comparison’. He is also looking to release his first studio album in near future.
You May Like

Black Hip Hop Singers
Black Lyricists & Songwriters
American Men
New Yorkers Musicians
Continue Reading Below
Family & Personal Life
Lil TJAY was born on April 30, 2001, in The Bronx, New York, USA. He was raised alongside his two younger siblings not far from the birthplace of hip hop. Despite this, TJAY does not possess much knowledge about the history of his genre. He and his siblings lived along with their mother in a roomy apartment at 183rd Street in The Bronx.
During several interviews, TJAY has stated he was the problem child of the family. When he was in middle school, he started fighting with other boys in his neighbourhood and school. He even committed petty thefts. According to him, his mother was shocked when she found what he had been doing when he was not home. He was apparently a very well-behaved child at home. Whenever he felt the need to curse at someone, he would first go out of the house, and then do it.
In 2016, at the age of 15, he was incarcerated for a robbery and spent a year in a youth detention centre in New York. While he had gotten used to spending two or three months in prison during his middle school days, the year-long sentencing forced him to reconsider the choices he was making in his life. During his time at the centre, he started writing lyrics and decided to seek a life without crime.
Sometime in 2017, he was released from the centre. Immediately, his mother asked him to promise her that he would mend his ways. He did but he knew that it was not true. While he was trying to put his past activities behind him, he was still “stuck in his old habits”. The shift ultimately came when he started visiting a recording studio.
In an interview with ‘Pitchfork,’ TJAY has admitted that he has never been in a relationship. While he harboured feelings for various girls over the years, he never committed. He also admitted that he is currently interested in a non-celebrity girl from his neighbourhood.
Recommended Lists:

Male Rappers
Male Singers
Taurus Singers
Taurus Rappers
Trivia
In his neighbourhood, TJAY is known as Justin Bieber of The Bronx. He has even sampled Bieber’s song ‘Baby’ in one of his tracks.
Recommended Lists: 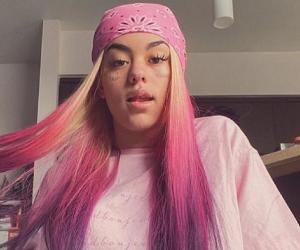