Li Ka-shing, a Hong Kong entrepreneur and philanthropist, is one of the wealthiest persons in Asia. A very powerful figure in his own country, he is also one of the most influential businessmen in the entire Asian subcontinent. He was the Chairman of the Board of the now defunct Hutchison Whampoa Limited (HWL) and currently serves as the Chairman of Cheung Kong Holdings, one of Hong Kong's leading multi-national conglomerates. He has businesses involved in diverse fields such as real estate, ports, electricity, telecommunication and internet. The story of his phenomenal success is truly an inspiring one. Born to poor parents in mainland China, he fled to Hong Kong as a refugee after Japanese invasions in 1940. He also lost his father at a young age and was forced to take up a job at the age of 15. An intelligent, hard working and determined boy, he went on to form his own businesses in the ensuing years and rose to become one of Hong Kong’s leading industrialists. Respected all over the world as a man truly committed to ethics and moral values, Ka-shing is also a noted philanthropist and has donated over a billion dollars to charity. Despite being one of the richest individuals in the world, he is known for being an unassuming person who leads a frugal lifestyle. Hjalmar Schacht
29th July In History
DID WE MISS SOMEONE?
CLICK HERE AND TELL US
WE'LL MAKE SURE
THEY'RE HERE A.S.A.P
Quick Facts

Hong Konger People
Leo Entrepreneurs
Leo Men
Childhood & Early Life
Li Ka-shing was born in Chaozhou in Guangdong province, China, on 29 July 1928. His family was of modest means and his father, a teacher, headed a local primary school.
He grew up in a period of great political turmoil in China. His family fled to Hong Kong in 1940 after the Japanese invasion of China. The family struggled to re-establish their lives in their new surroundings when another major tragedy befell the family within a span of three years. His father became ill with tuberculosis and died a painful death when Li Ka-shing was just 15 years old.
He was forced to drop out of school and take up a job in order to provide for his family. He started working in a plastics trading company as a salesman selling plastic watchbands and belts. He worked hard, often working up to 16 hours a day and proved to be a capable salesman.
Continue Reading Below
Later Years
After gaining valuable experience working in plastic industries, Li was able to form his own business, a plastics company named Cheung Kong in 1950. Initially the company manufactured artificial flowers and exported them to the United States. Throughout the 1950s the company saw steady growth and Li began looking for opportunities to expand the business.
He purchased his first factory in 1958; this would be the first of his many real estate investments. Over the ensuing years he changed the focus of his plastics company which he eventually transformed into a property development and management company.
The business thrived over the following years and the company was renamed Cheung Kong Holdings in 1971. It was listed on the Hong Kong Stock Exchange in 1972.
He expanded his business by acquiring Hutchison Whampoa from HSBC in 1979. This added multiple diverse industries to his existing business. He soon transformed Hutchison into the world’s largest independent operator of ports, with investments in container port facilities around the world, including in Hong Kong, Canada, China, the United Kingdom, Rotterdam, Panama, Bahamas and many others.
Li also forayed into the technology business. One of his firms, Horizons Ventures, an investment and venture capital firm, which specifically backs new internet and technology startup firms, bought a stake in doubleTwist, a digital . He also has a 0.8% stake in social networking website Facebook which he acquired through his other firm, Li Ka Shing Foundation. He also has a stake in Ginger Software Incorporated.
Major Work
Li Ka-shing founded Cheung Kong Industries in 1950s as a plastics manufacturer. The company eventually expanded and diversified into various other fields and evolved into Cheung Kong (Holdings) Limited in the 1970s. It is today one of Hong Kong's leading multi-national conglomerates which operates in over 50 countries and employs over 240,000 staff worldwide.
Awards & Achievements
He was made Knight Commander of the Order of the British Empire in 2000.
In 2001, he was presented with the Grand Bauhinia Medal, the highest award under the Hong Kong honours and awards system, in recognition of his lifelong and highly significant contribution to the well-being of Hong Kong.
Philanthropic Works
Li Ka-shing is a well known philanthropist and has donated millions to educational institutes, hospitals, and other worthy causes all over the world through the Li Ka Shing Foundation which he established in 1980.
He donated HK$100 million to the Hong Kong Polytechnic University in 2001 following which a tower in the university was named after him.
He made a £5.3 million donation to the University of Cambridge, which in 2002 inaugurated the Li Ka Shing Centre which houses a Cancer Research UK facility.
He contributed $100 million to the Lee Kuan Yew School of Public Policy in the National University of Singapore in 2007.
Personal Life & Legacy
Li Ka-shing is a widower. His wife Chong Yuet Ming, who he married in 1963 died in 1990. He has two sons, Victor Li and Richard Li who are also prominent business figures in their own right.
He is known for his adherence to moral values and for living a simple life. He does, however, own a luxurious house in Hong Kong's most expensive precincts, Deep Water Bay in Hong Kong Island.
Trivia
This business magnate is often referred to as "Superman" in Hong Kong because of his business prowess. 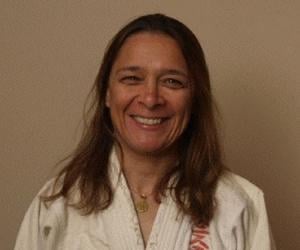