Elizabeth "Lee" Miller, Lady Penrose, was a photographer, surreal artist, model, and photojournalist from America. A native of New York, Miller was often the subject of her father’s amateur photography. She spent some time in Paris when she was younger, pursuing a degree in art. After she returned to New York, she started attending the Art Students League of New York. In the 1920s New York, she established herself as a renowned fashion model before relocating to Paris, where she began her career as a fashion and fine art photographer. At the advent of World War II, she became a war correspondent. Reporting for the ‘Vogue’ magazine, she took photographs of events like the London Blitz, the liberation of Paris, and the concentration camps at Buchenwald and Dachau. After the war, she settled in Britain. During this period, she experienced several episodes of what has come to be known as post-traumatic stress disorder (PTSD) and became addicted to drinking. In the 1940s and 1950s, the British security service MI5 suspected her of being a Soviet spy. Throughout her life, she demonstrated little interest in promoting her photography. It is through the tireless efforts of her son, Antony Penrose, that her work is well-known today. Cynthia Daniel
Photographers #74
DID WE MISS SOMEONE?
CLICK HERE AND TELL US
WE'LL MAKE SURE
THEY'RE HERE A.S.A.P
Quick Facts

American Celebrities
American Photographers
American Female Photographers
Taurus Women
Childhood & Early Life
Born on April 23, 1907, in Poughkeepsie, New York, USA, Miller was the middle child and only daughter of Theodore and Florence Miller (née MacDonald). She was of German descent from her father’s side and of Scottish and Irish ancestry from her mother’s side.
Growing up with an older brother named John and a younger brother named Erik, Miller was always her father’s favourite and served as a model for his amateur photography. At the age of seven, a family friend raped her while she was staying with him in Brooklyn. She was subsequently diagnosed with gonorrhoea.
In 1925, she went to Europe and began staying in Paris, where she took art classes. However, she ended her stay in Europe a short time after when her father asked her to return to New York. Afterwards, she joined the Art Students League of New York in New York City.
Continue Reading Below
You May Like

The Sexiest Men Of 2020, Ranked
Modelling Career
When Lee Miller and her siblings were quite young, their father taught them about photography. As a teen model, she appeared nude on several of his stereoscopic photographs. He also gave her lessons on the technical aspect of the art.
When she was 19 years old, she almost came in front of a moving car in Manhattan before she was stopped by Condé Nast, the publisher of ‘Vogue.’ This led to the beginning of her career as a model.
Her illustration by George Lepape was featured on the cover of the ‘Vogue’ edition of March 15, 1927. For Vogue’s then editor-in-chief Edna Woolman Chase, Miller was the perfect representation of the emerging idea of the "modern girl".
She subsequently became one of the prolific models in New York. She worked with renowned fashion photographers like Edward Steichen, Arnold Genthe, Nickolas Muray, and George Hoyningen-Huene.
Her modelling career came to an end when one of her photographs by Steichen was used, without acquiring consent from her, as part of the advertising campaigns for Kotex menstrual pads.
In 1929, she briefly worked under a fashion designer as a penciller but ultimately decided to become a photographer.
Photography Career
In 1929, Lee Miller went back to Paris and met the surrealist artist and photographer Man Ray, asking him to accept her as an apprentice until he relented. For the ensuing three years, she was his student, muse, lover, and collaborator. He expanded her knowledge of photography.
In 1929, they came up with a technique called solarization, in which the negative and positive parts of a photo are switched to get halo-like outlines that intensify the lights and darks.
Some of Ray’s most prominent works, like ‘Observatory Time—the Lovers’ (1931), were produced while he was in a relationship with and working alongside Miller. During her time in Paris, she became acquainted with several other artists active in the city during that period, including Paul Éluard, Pablo Picasso, Max Ernst, Joan Miro, and took photographs of each and every one of them.
Continue Reading Below
She also became acquainted with another prolific surreal artist, poet, and Ray’s rival, Jean Cocteau, who gave her the role of a protagonist in his film ‘Le Sang d’un poète’. After she and Ray parted ways, she came back to New York City in 1932.
After returning to her native city, Miller and her brother Erik opened a photography studio there. She did a significant amount of celebrity portraiture, surrealist photographs, and advertising work.
She returned to modelling as well and was associated with ‘Vogue’ as a photographer. She served both as the model and artist for a Vogue fashion spread at least once, on a project titled ‘Self-Portrait in Headband’ (1933).
In 1934, she left her studio and got married to the Egyptian businessman and engineer Aziz Eloui Bey and moved to Cairo, Egypt. While she did not work professionally during this period, the photographs she took while she was in Egypt are considered to be some of the best examples of her work as a surreal artist.
In 1937, during one of her visits to Paris, she had a meeting with the British surreal artist Roland Penrose. Soon, a relationship developed between the two. Their travels took them all over Europe and involved visits to popular artists.
During their time with Picasso, the eminent Spanish artist used Miller as the subject on six of his paintings, including ‘Portrait of Lee Miller as L’Arlésienne’ (1937).
In 1939, Miller split from Bey and relocated to London so she could move in with Penrose. Her divorce was finalised in 1947. Later that year, she exchanged wedding vows with Penrose. Their son, Antony, was born on September 9, 1947.
Covering World War II
After the Second World War broke out, Miller documented London with her camera during and after the Blitz. This series was put out in ‘Grim Glory: Pictures of Britain Under Fire’ (1941). Furthermore, she served as a contributor and photographer at ‘British Vogue.’
By 1943, Miller was working as a war correspondent for ‘Vogue.’ A year later, she joined forces with David E. Scherman, a photojournalist who was working for ‘Life’ magazine at the time. Together, they documented the progress of the 83rd Infantry Division of the US Army.
Miller took photographs of the Liberation of Paris, the battle of Saint-Malo, field hospitals in Normandy, and the liberation of both the Dachau and Buchenwald concentration camps.
Miller took some of the earliest photographs of the Holocaust. During her visit to Hitler’s private apartment, Scherman photographed her while she was cleaning herself in Hitler’s bathtub and her muddy boots on the bathmat.
Later Years & Death
After the war, Miller battled what is now known as PTSD and suffered alcoholism and depression. She continued her work as a photographer until the early 1950s when she decided to try out her luck as a gourmet cook and joined the Cordon Bleu in Paris. In her final years, she would often invite people over for surreal dinner parties.
On July 21, 1977, Miller passed away at the age of 70 after a fight with cancer at Farley Farm House. Her body was cremated and her ashes were dispersed into the herb garden of her farm.
Miller never actively sought fame in her career, so much of her work as a photographer remained unknown during her lifetime. In the 1980s, Antony, who had no prior knowledge about his mother’s photography, found her works and subsequently began cataloguing, conserving and promoting them. Since then, she has posthumously emerged as a highly popular artist.
You May Like

See the events in life of Lee Miller in Chronological Order 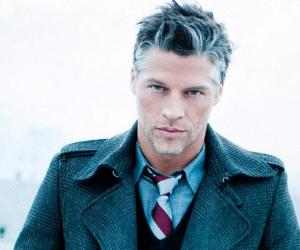