Alberto Korda was the official photographer of Fidel Castro. His photographs are known for their endurance. His most recognizable image of Che Guevara, titled “Guerillero Heroico”, became a worldwide emblem of revolution and rebellion. After Che’s death as martyr, this photograph was used in T-shirts and album covers and advertisers started using this image of Che to draw the attention of youth. But Alberto never made a penny from this renowned photograph. As a photographer, he always preferred to take photos in natural light. He, for the first time, used Cuban models to show off Cuban clothes. Earlier, he was more interested towards fashion photography. On account of the Cuban Revolution, the condition of the people living in poverty made him to change the subject of his photography. His photo “La Nina” represents the stories of the poor. Korda’s photographs served as the documentary of the entire Cuban revolution under the reign of Fidel Castro. During a span of ten years, which he spent as Castro’s official photographer, he utilized his photography skills to add a humane touch to Castro’s image in off-duty scenes. In 1999, he appeared in Wim Wenders’s documentary “Buena Vista Social Club”. Edward Weston
Photographers #226
Continue Reading Below
DID WE MISS SOMEONE?
CLICK HERE AND TELL US
WE'LL MAKE SURE
THEY'RE HERE A.S.A.P
Quick Facts

Edward Weston
Childhood & Early Life
Alberto Korda’s real name was Alberto Diaz Gutierrez. Born in Havana, Cuba, he was the son of a railway porter.
From 1946 to 1950, he attended Candler College, Havana, to study business and trade. Later, he studied at Havana Business Academy.
Continue Reading Below
You May Like

The Best Black Actresses Of All Time
Career
After completing his studies, he worked in a sweet factory. Later, he served as a market researcher for a soap company. He also sold typewriter ribbons and laboratory serum as part of his profession.
Starting his photography career as the assistant of a photographer, he used to shoot the pictures of banquets, weddings and baptisms. It was in 1953, that he opened Korda Studio, his first studio along with Luis Pierce, a photographer.
They took up varied jobs including fashion to advertisements. The unique feature of his photography style was that he used to look at a particular image from another angle.
He developed his expertise in black-and-white photography and for this purpose he worked hard for perfect composition and framing. He was against using artificial lighting in photography and applied only natural light in his studio.
The Cuban revolution and his relationship with Fidel Castro completely changed his career. He was his personal photographer for almost 10 years.
In 1959, in his photograph namely “El Quijote de la Farola”, he framed a peasant farmer who is surveying a crowd by climbing the top of a lamp post. The farmer’s looks reflects his aristocratic dignity.
In 1959, in a newly established newspaper, Korda and other photographers got a chance to exhibit their photographs, thus, making his photographs contribute for a national cause.
On March 5 of 1960, he took the photograph of 136 men killed in Havana when a Belgian ship that was carrying arms blew up in Havana harbor. He also managed to take a snap of Castro and Che together.
During the period 1968 to 1978, he focused more on underground photography and a Japanese exhibition, held in 1978, stimulated great international interest in his work.
In 2000, he sued Smirnoff owing to the use of his photograph of Che Guevara in its advertisement as he was against the exploitation of Che’s image for the promotion of alcoholic products.
Major Works
His one of the notable photographs titled “Guerrillero Heroico”, taken on March 5 1960, is the photograph of Marxist revolutionary leader Che Guevara. In this photo, Che’s face reflects combined expressions of anger and pain.
Personal Life & Legacy
He married three times. One of his wives was Natalia (Norka) Menendez, a popular Cuban model.
He suffered a heart attack during an exhibition of his work and passed away at the age of 72. He was survived by two sons and two daughters.
Trivia
Besides photography, he showed keen interest in beautiful women during the early period of his career. That was the reason behind his interest towards fashion photography.
This talented photographer shared a great relationship with Fidel Castro. More than his official photographer, he was more of a friend or a personal photographer of Castro.
When “Revolucion”, a newspaper for which he was working, turned down his photograph of Che Guevara, he hung a print of that photo in his bathroom and this remained there unseen for seven years.
You May Like

See the events in life of Alberto Korda in Chronological Order 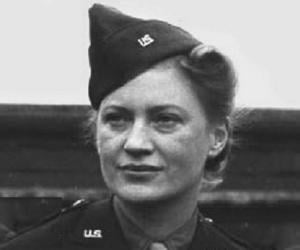 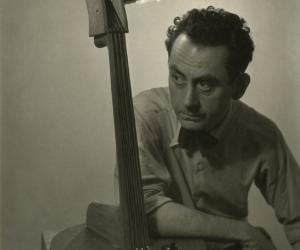