Lea De Seine Shayk Cooper is the daughter of Russian supermodel Irina Shayk and American actor-filmmaker Bradley Cooper. She is the only child of the stars. Bradley began dating Irina in 2015, soon after he broke up with English model and actress, Suki Waterhouse. Despite being clicked together multiple times at several public places, Bradley and Irina never spoke publicly about their relationship. When Irina was pregnant with Lea, she walked the ramp for 'Victoria’s Secret.' Bradley considers Lea his lucky charm and feels blessed to have her in his life. Lea’s mother did a bikini photo shoot shortly after her birth. Gekyume Onfroy
21st March In History
DID WE MISS SOMEONE?
CLICK HERE AND TELL US
WE'LL MAKE SURE
THEY'RE HERE A.S.A.P
Quick Facts

Bradley has had multiple relationships in the past. In March 2013, he began dating English model Suki Waterhouse. He broke up with her in 2015. Shortly after the breakup, he started a relationship with Irina Shayk. A few months later, Bradley moved in with Irina in her apartment in New York's West Village. Their relationship came under the media radar for the first time in May 2015. They were spotted together in and around New York City. The two were seen indulging in a public display of affection. Irina later traveled to London to watch Bradley’s performance in the play 'The Elephant Man' the same month.

Although Bradley and Irina never spoke about their relationship with the media, they remain one of the most-clicked celebrity couples in the world.

Since the beginning of their relationship, Bradley and Irina have been to several romantic getaways in exotic locations, such as Capri and Lake Garda. However, they rarely posted any pictures of their holidays on social media. They once attended Béyonce's concert in Pasadena, California, and Irina’s mother, Olga, too, accompanied them. As a couple, Bradley and Irina made their red-carpet debut at the ‘L’Oréal Paris Red Obsession’ party in March 2016.

However, in July 2016, things looked questionable between Irina and Bradley. They were spotted having a petty quarrel at the 'Wimbledon’ men’s final. The two sat in the royal box of the stadium and were seen having an argument about some issue. Although Bradley had never spoken about his relationship, he often openly admitted his desire of becoming a father.

Bradley and Irina also kept the news of Irina’s pregnancy a secret. However, rumors about her pregnancy surfaced when she sported a small baby bump on the runway of the 2016 'Victoria's Secret’ fashion show. Her choice of lingerie for the show clearly showed her attempt to conceal the bump.

A few months later, in February 2017, during a trip to 'Disneyland,' her baby bump was clearly visible.

Bradley and Irina’s first-born child, Lea De Seine Shayk Cooper, was born on March 21, 2017, at 7:49 am in Los Angeles. She is of Russian descent from her mother’s side and is an American from her father's side. Lea’s parents never officially married. While she is currently not active on Instagram, she has a couple of fan pages that post cute photos of her on the platform.

Bradley has stated that Lea’s birth has changed him as a person and that he feels lucky to have her in his life. Moreover, Bradley had openly talked about Lea to the media even at a time when he was busy with his directorial debut, 'A Star Is Born,' which was released in 2018.

In an interview with BAZAAR.com, Irina revealed the meaning behind her daughter’s name. According to Irina, Lea’s first name is kept after her paternal great-grandmother named Galina Shaykhlislamova. As for her daughter’s middle name “Seine,” Irina took inspiration from France’s river, the Seine.

In July 2019, Bradley and Irina decided to end their 4-year relationship. The couple parted ways on friendly terms and are currently co-parenting their daughter Lea. However, they both have been spotted several times together post their breakup. In August 2022, they even went on a vacation together and Irina shared photos of them on her Instagram. The former couple also celebrated thanksgiving together. All this has sparked rumors that Bradley and Irina are planning on coming back together. However, as of now, neither of them has made any official statement on the matter. 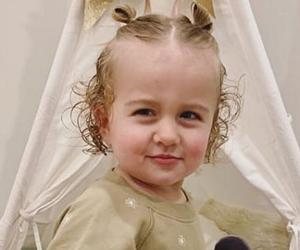