DID WE MISS SOMEONE?
CLICK HERE AND TELL US
WE'LL MAKE SURE
THEY'RE HERE A.S.A.P
Popularity Index
10
Artists #324
Artists & Painters #343
Quick Facts

Damien Hirst
Lawrence Alma-Tadema was a painter who brought the world of Merovingian and ancient Roman splendor and decadence to life. His life-like portrayals brings before one the reminiscences of the bygone era that can now only be conjured in the realms of the imagination. With painstaking detail and an innate quest for perfection, Lawrence’s oeuvre includes some of the most famous paintings of the Classical antiquity. During his lifetime, he was the most sought after artist for Victorian collectors and even though after his death his popularity started to wane, in recent times his work has seen a strong resurgence in interest. He was an accomplished painter, no doubt, but on top of that, he had also left a profound impression in theater set design, furniture design and fashion. He believed that the quality of his paintings depended a lot on how effectively he involved himself in these diverse interests. A man of jocular personality, his paintings also display his love for life with rich color and floral work. If you like to know more about this master, go through the brief biography given below. British Artists
British Artists & Painters
Male Artists & Painters
Capricorn Artists & Painters
Lawrence Alma-Tadema’s Childhood And Early Life
Lawrence Alma-Tadema was born on 8 January 1836 to Pieter Jiltes Tadema, a village notary and Hinke Dirks Brouwer, who was the half-sister of Pieter’s first wife. He was born in Dronrijp, in the north of Netherlands. Pieter was also a respected organist and composer. Lawrence was the third child of his parents. He had one sister, Artje and three stepbrothers from his father’s first wife. He was christened as Lourens Alma Tadema, but later changed his forename to the more English sounding Lawrence. In 1938, Lawrence’s family moved to the near-by town of Leeuwarden a year after his birth, where his father got a more lucrative post. When he was four years old, his father died leaving his mother to take care of her five children.
Lawrence’s mother was very much interested in art and she decided that drawing lessons should be an important part of her children’s education. So, she hired a local drawing master and thus, Lawrence received his first training in art from him. At school, he was more interested in drawing and history and he found other subjects tedious. When he was 13 years old, he received his first commission, to paint a joint portrait of three of his friends. The three friends who commissioned him were the children of the Hamstras and they intended it to be a surprise gift for their parents. The result was the ‘Portrait of the three Hamstra Children’. The same year he also painted the ‘Miracle of the Abbot of Liauckema’.

As a boy, his mother wanted him to become a lawyer, but he was not interested. As an alternative, he had to take music lessons while pursuing painting on the side. This put considerable strain on him, as he had to juggle between his music, art and school. When he was 15 years old, he was diagnosed as consumptive, suffering physical and mental breakdown. Since the doctor said that he had only a few years to live, his mother decided to allow Lawrence to spend his days at leisure. The young Lawrence spent his time drawing and painting. Surprisingly, in time, his health improved within a year and he was healthy enough to pursue his education. The time he spent drawing and sketching when he was sick convinced him that he wanted to become an artist. So, in 1852, after regaining his health, he joined the Royal Academy of Antwerp. There, under the celebrated Belgian painter, Gustave Wappers, Lawrence studied Dutch and Flemish art. At the Academy, he also had the opportunity to study under many renowned masters. During his four years at the Academy, he blossomed as a painter, winning many prestigious awards.

From 1855 to 1856, he worked at the studio of Joseph Laurent Dyckmanns, who became the director of the studio after Wappers left. During this time, he painted ‘A Poacher returning home after a hunt’. Under his influence, Lawrence concentrated on painting the low-life of Netherlands.

Lawrence Alma-Tadema was born in the village of Dronrijp.

Moved with his family to the nearby town of Leeuwarden.

Joined the Royal Academy of Antwerp.

Returned to Leeuwarden after training as an artist.

His first wife passed away. 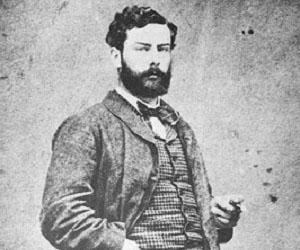