(Minority Leader of the United States House of Representatives)

Kevin McCarthy is an American politician who has been serving as House Minority Leader in the United States House of Representatives since 2019. He is also serving his eighth House term and has represented California's 22nd congressional district from 2007 to 2013 and the 23rd district since 2013. A member of the Republican Party, he served as House Majority Leader under speakers John Boehner and Paul Ryan from 2014 to 2019. He led the Republicans as they won back control of the lower chamber of U.S. Congress in the 2022 midterm elections. He previously served in the House Republican steering committee, was House Republican chief deputy whip in 2009–2011, and House majority whip in 2011–2014. One of former president Donald Trump’s strongest supporters, he backed Trump’s claim of voter fraud after Trump lost the 2020 presidential election to Joe Biden and even participated in efforts to overturn the outcome, before accepting the results as legitimate following the January 6 United States Capitol attack. 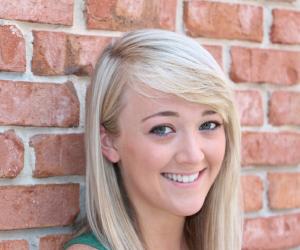 He attended California State University, Bakersfield and obtained a Bachelor of Science in marketing in 1989 and a Master of Business Administration in 1994. He initially supported his first semester at Bakersfield College by reselling vehicles he would bring back from car auctions in Los Angeles.

After he won $5,000 in a lottery, he opened a small deli named Kevin O’s, which was successful, but he soon learned that margins were thin due to massive taxes and sold the business.

Born to working-class Democrats, he revealed that he wanted to be an entrepreneur watching Ronald Reagan and Jimmy Carter, and that his philosophical belief prompted him to be the first Republican in his immediate family.

While still in school, Kevin McCarthy started as an intern for Congressman Bill Thomas in 1987 and later became a member of his staff and remained so till 2002. He was Thomas's district director from the late 1990s until 2000.

In 2002, he was elected to represent the 32nd Assembly District in the California State Assembly and worked to reduce California’s budget deficit, overhaul the state workers’ compensation system, and enhance California’s business climate. In 2003, he was selected unanimously by his Republican colleagues to serve as the Assembly Republican Leader, making him the first freshman legislator and the first from Kern County to assume the post.

After his former boss Thomas decided to retire, he entered the Republican primary to replace him in California's 22nd District in 2006 and won the three-way primary with 85% of the vote. The primary was the actual contest for McCarthy in the heavily Republican district and he went on to secure a win in the general election with 70.7% of the vote.

He was re-elected for a second term unopposed in 2008, followed by another similar win in 2010 with 98.8% of the vote, this time the only opposition coming from a write-in candidate. Following the 2008 election, he was chosen as chief deputy minority whip, the highest-ranking appointed position in the House Republican Conference, and then served as House majority whip from 2011 to 2014.

His district was renumbered as the 23rd district following redistricting before the 2012 election, but the resulting district was as heavily Republican as its predecessor. He won 73.2% of the vote in the general election to secure a fourth term against independent, No Party Preference (NPP) opponent Terry Phillips.

In 2014, he faced a Democratic challenger for the first time since his initial run for the seat and defeated opponent Raul Garcia to win a fifth term with 74.8% of the vote. That year, after majority leader Eric Cantor lost the primary for his seat in Congress and stepped down, he sought to replace him and was elected majority leader at the Republican Conference defeating Raul Labrador.

His vote share slightly reduced to 69.2% in his reelection bid in 2016 opposite Democratic nominee Wendy Reed, followed by another decline against Democratic challenger Tatiana Matta to 64.3% in 2018. That year, after the Republicans lost their majority, he was elected Minority Leader by defeating Jim Jordan of Ohio by 159–43.

His vote share further came down to 62.1% against Democratic challenger and United States Air Force veteran Kim Mangone as he secured reelection to an eighth term in 2020. A strong supporter of Donald Trump, he backed Trump's false claim of voting fraud after Joe Biden won the 2020 presidential election before vote-counting even finished and instigated the audience on Laura Ingraham's television show.

In December 2020, he was among 126 Republican members of the House of Representatives who supported a lawsuit contesting the results of the 2020 presidential election. After the January 6, 2021 attack on the Capitol, he voted against certifying Biden's win in two states, but recognized him as president-elect on January 8, noticing he will still win without those two states.

A week after the attack, he held Trump responsible for the riots because he failed to intervene after the initial TV footage, but later softened his stance fearing retribution from Trump and his allies. He won a ninth term in the U.S. House of Representatives by defeating Marisa Wood, a Bakersfield schoolteacher, in the 2022 reelection.

Kevin McCarthy has been married to Judy Wages since 1992 and they are lifelong residents of Bakersfield. The couple has two children: Meghan McCarthy, who is a songwriter, executive creative director, screenwriter, and film and television producer; and Connor McCarthy, who is a Georgetown University graduate.

In October 2015, he unexpectedly dropped out of the race for Speaker of the House days after Representative Walter B. Jones Jr. asked candidates with "misdeeds" to withdraw in a letter. Shortly after, he was accused of having an affair with Representative Renee Ellmers, but both of them have denied the allegations.

An October 2018 investigation revealed that his brother-in-law William Wages had received $7.6 million in no-bid and other prime federal contracts for his company Vortex Construction since 2000 by claiming to be one-eighth Cherokee Indian. The contracts, mostly for construction projects in McCarthy’s Bakersfield-based district, and in nearby Kings County, were awarded through a federal program designed to help disadvantaged minorities.

Kevin McCarthy has appeared on television on Fox network several times making false claim that Attorney General Merrick Garland called parents 'terrorists' for wanting to attend school board meetings. In reality, Garland had issued a memorandum to the FBI and federal prosecutors addressing an "increase in harassment, intimidation, and threats of violence against school administrators, board members, teachers, and staff" without even mentioning terrorism.

See the events in life of Kevin McCarthy in Chronological Order