Katharine Hepburn was an American actress who won a record four Oscars for Best Actress during her illustrious career. She played lead roles in Hollywood for over 60 years. She was a versatile actress and played prominent roles in theater, films, and TV series. Her acting career began on Broadway where her amazing performance earned her roles in Hollywood films. She then went on to establish herself as one of the most prominent actresses of her time. However, success did not come easy to her as she had to struggle for months to land meaty roles. But the gutsy lady never gave up and her perseverance paid off in the long run. Not only did she go on to have a successful career as a stage artist, but also found success as a film actress and became the reigning queen of Hollywood. Though she managed to establish a successful career, she could not overcome a personal tragedy; her beloved brother Tom had died from an apparent suicide and this made the young Katharine moody, withdrawn, and upset. She tried hard to get over her brother’s death and found solace in acting. Apart from being an actress, she also served as a role model to young women. With her free-spirited attitude and assertiveness, Katharine Hepburn represented the modern woman by refusing to give in to the demands of traditional society.

Katharine Houghton Hepburn was born on May 12, 1907, in Hartford, Connecticut, USA, to Thomas Hepburn and Katharine Martha. Her father was an urologist at Hartford Hospital, while her mother was a feminist campaigner.

Her father helped establish the New England Social Hygiene Association. Her mother was an active participant in the women’s suffrage movement and also campaigned for birth control.

Her parents were progressive people who encouraged Katharine and her siblings to think independently.

As a child, she learned to swim, run, dive, and wrestle. She also learned to play tennis and golf. She was a tomboy who kept her hair short.

Tragedy struck her family when her older brother Tom died from an apparent suicide in 1921. Katharine, who was very close to her brother, became very nervous and upset after the incident and even dropped out of school.

Upon her parents’ insistence, she enrolled at Bryn Mawr College in 1924. She struggled at college as she was not interested in academic pursuit, but still managed to graduate with a degree in history and philosophy in 1928. 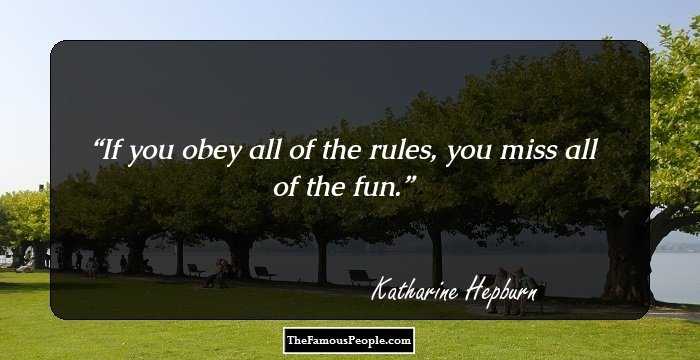 In 1928, she went to Baltimore to pursue a career in acting. Subsequently, she was cast in a small role in Edwin H. Knopf’s stage production The Czarina. Her performance was appreciated.

Knopf gave her an opportunity to perform as the leading lady in his production The Big Pond. However, she messed up with her lines on the opening night and was fired. She kept trying and was soon hired as an understudy in Philip Barry’s play Holiday. She continued as an understudy for six months.

The first few years of her acting career were very difficult and she was not able to land meaty roles. Nonetheless, Katharine Hepburn never thought of giving up. Her perseverance paid off when she was chosen to play the lead role in the Greek fable The Warrior’s Husband.

The Warrior’s Husband, which opened in March 1932, turned out to be the big breakthrough that she craved for. The play ran for three months and her role was positively reviewed.

She was offered a role in the 1932 film A Bill of Divorcement opposite John Barrymore. The movie was a hit and she got noticed for her performance. She appeared in Christopher Strong the very next year.

1933 was a great year for the actress. She played Eva Lovelace in Morning Glory and then appeared as Jo in Little Women. Both the films were big hits and earned her several awards.

In spite of establishing herself as a film actress, Katharine Hepburn yearned to appear again on Broadway. She agreed to act in Jed Harris’s play The Lake. The play was a commercial disaster due to Harris’s poor direction and Hepburn’s image suffered as well.

During the 1930s, her career suffered a big setback. Many of her films like The Little Minister (1934), Break of Hearts (1935), Sylvia Scarlett (1935), and Quality Street (1937) fared poorly at the box office. As a result, the actress’s career began spiraling downward.

Determined to get her career back on track, she decided to look for a stage project. She was cast as Tracy Lord in Philip Barry’s play The Philadelphia Story, which opened to positive reviews in 1939. The show was a big hit and ran for 417 performances.

With her popularity restored, Katharine Hepburn reprised her role as Tracy Lord in the 1940 movie The Philadelphia Story which was based on the eponymous play. The film was a huge hit and she was nominated for an Academy Award.

Throughout the 1940s, several of her movies received negative reviews. She decided to reinvent herself during the 1950s and took up more challenging roles in films like The African Queen (1951) and Pat and Mike (1952).

Her career during the 1960s was interrupted due to personal issues and commitments. During the 1970s and 1980s, she remained focused on her career and acted in several films and Broadway productions. She also appeared on television during this time.

She was very active in films, television, and stage even during her later years. She made her last appearance in the television movie One Christmas in 1994. 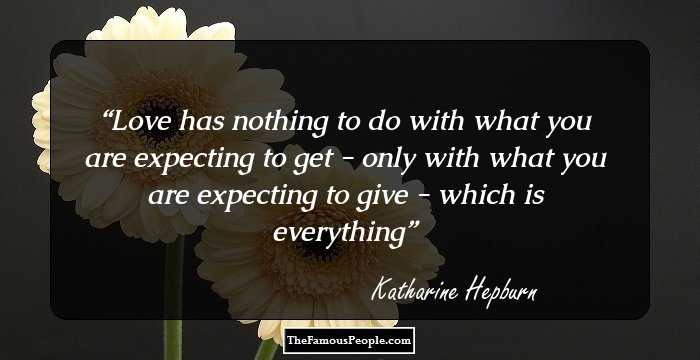 Katharine Hepburn portrayed an aspiring actress in the drama film Morning Glory. This role was critically acclaimed and helped her win her first Academy Award.

She appeared in Guess Who’s Coming to Dinner along with Spencer Tracy and Sidney Poitier. The film was about interracial marriages—a sensitive issue at that time.

The film The Philadelphia Story helped her resurrect her declining career. A romantic comedy, the film was based on a Broadway play of the same name. The film was nominated for six Academy Awards.

Katharine Hepburn holds the record for winning the most number of Academy Awards under the Best Actress category. She was bestowed with the award four times for her performance in Morning Glory, Guess Who’s Coming to Dinner, The Lion in Winter, and On Golden Pond.

Screen Actors Guild honored her with the Lifetime Achievement Award in 1979. 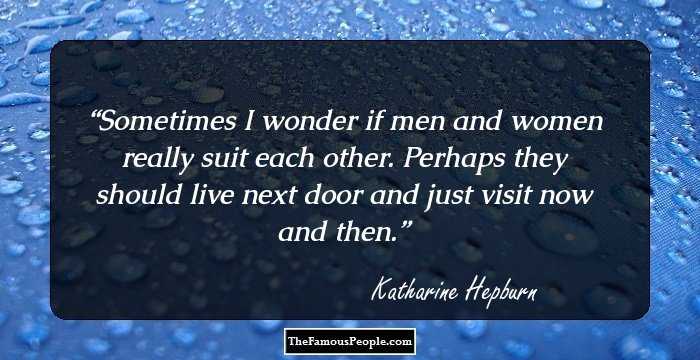 She married Ludlow Ogden Smith, a businessman, in 1928. However, she was never committed to the relationship and divorced him in 1934. She never married again.

She had a long-term relationship with her co-star Spencer Tracy. Their relationship is often counted among Hollywood’s legendary love affairs. Tracy was already married, but estranged from his wife. Hepburn took a break from her career to take care of Tracy during his final years.

She lived a long and productive life. She suffered from several health problems during the last few years of her life and died due to cardiac arrest at the age of 96 in 2003. Her mortal remains were buried at Cedar Hill Cemetery in Hartford.

Katharine Hepburn was once criticized for “having no sex appeal.”

This legendary actress is named in Encyclopedia Britannica's list of 300 Women Who Changed the World.

Quotes By Katharine Hepburn | Quote Of The Day | Top 100 Quotes

See the events in life of Katharine Hepburn in Chronological Order