Kate Snow is an American TV journalist, working for ‘NBC News.’ She is the star correspondent on the news network, serving all its platforms. Born in Maine and raised in New York, Kate studied at the prestigious ‘Cornell University’ and ‘Georgetown University’ before she built a career in journalism. She started her career as a reporter with ‘KOAT-TV,’ in 1995, and then moved to ‘CNN’ in 1998. After working with ‘ABC’ from 2003 to 2010, she joined ‘NBC News.’ She is known as one of the most fearless journalists of this era, who performs her duties with utmost integrity and honesty. Throughout her career, she has interviewed some of the biggest political personalities of the world, such as Barrack Obama, Bill Clinton, and Hillary Clinton. Her core area of interest is politics; she has covered five US presidential elections during her career. She has also supported drives against societal evils. She is married to Chris Bro, a radio host, and the couple has two children. Presently, she works as a correspondent for the weekly NBC news show ‘Sunday Night with Megyn Kelly.’ American People
American Women
Cornell University
Georgetown University
Female TV Anchors
Childhood & Early Life
Kate Snow was born on June 10, 1969, in Maine, USA, to Dean R. Snow, a professor. Her family moved to New York when she was just six months old and that is where Kate spent her childhood.
Always interested in mass media, Kate attended the prestigious ‘Cornell University’ after finishing high school. She pursued a degree in communication. When she finished college, she started looking out for jobs in radio and TV news companies, without much success. Following this, she decided to earn her post-graduation degree in foreign service from ‘Georgetown University.’ Upon graduating, she started working at local news stations to gather valuable experience.
Continue Reading Below
You May Like

The Sexiest Men Of 2020, Ranked
Career
In 1995, she started her career as a journalist for ‘KOAT-TV,’ a small news station in New York. She worked there for three years, and as it was her very first experience with the journalism industry, she considered the job as an opportunity to learn and grow. She worked there until 1998 and soon started looking for jobs in other major companies.
She was soon offered a job as a reporter for ‘CNN,’ one of the biggest American news organizations. She worked there for five years. Those five years of her life turned out to be the most transformative years of her career and made her more confident of herself. She also got the chance to work as a Congressional Correspondent for ‘CNN,’ which was a big achievement for a young journalist like her.
In 2003, she was offered a job with ‘ABC news,’ where she was required to host a program called ‘Good Morning America,’ as a White House reporter. After completing a year with the show, she became the co-anchor of ‘Good Morning America Weekend,’ a more popular show on the same channel.
Kate’s successful journey with ‘Good Morning America Weekend’ was hailed as the true beginning of a bright journalistic career. She earned national fame after hosting interviews with high-profile personalities, such as Barrack Obama, Ringo Starr, Bill Clinton, and Hillary Clinton. She gained a massive fan following due to her honest and fearless approach to journalism.
In 2010, she joined ‘NBC News’ and for the next couple of years, she worked as a co-host for the show ‘Rock Center with Brian Williams.’ She has also been associated with ‘MSNBC Live.’ Apart from that, she has held various positions at ‘NBC News’ from time to time. She has been the anchor of ‘NBC Nightly News,’ and she also happens to be an ‘Emmy’-winning national correspondent.
While Kate Snow is known to have a strong penchant for reporting on political matters, she is also highly experienced in handling any news of national interest. She has successfully covered the Newtown mass shooting, America’s relations with the Middle East, and the Bill Cosby sexual assault charges, in her very own style.
Snow also travels from time to time and explores social issues, such as the plight of the poor and the transgender community in her country. In 2015, she hosted a famous series about the plight of transgender children, which was labeled as a “national phenomenon,” after it went viral on social media.
She is also known for her series on the heroin epidemic in the US, titled ‘Hooked: America’s Heroin Epidemic.’ She won an ‘Emmy’ award for her efforts and was also praised by various drug policy organizations for her contribution to the prevention of the ruthless addiction. It was owing to her series that legislative actions and congressional hearings to end addiction began to be held.
A few of her other initiatives include her story on accidents caused by texting while driving and her report on concussions among female soccer players. She was also one of the leading journalists who covered the Ebola outbreak in 2014.
She is currently one of the correspondents on ‘Sunday Night with Megyn Kelly,’ which is one of the most popular news shows on American TV.
Personal Life
Kate Snow is married to a radio host Chris Bro and the couple has two children.

See the events in life of Kate Snow in Chronological Order 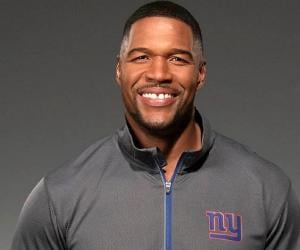