Karnation So Cool is the daughter of the social media star, Royalty Johnson. She became popular for starring in vlogs, challenges, and pranks hosted on her mother’s former partner, CJ So Cool’s self-titled Youtube channel (CJ SO COOL). She is a talented child and her natural flow of emotions, comic timing, catchy style, quirky reactions, sense of humor, and insane dance moves combined with her flair for gymnastics are helping her gain many fans who are showing up just for her. Karnation So Cool was born in the United States of America on the 3rd of November 2011 to Charlene aka Royalty and Jamie and she was their third and last child together.

Royalty met CJ and they started their life together as partners in 2013, accepting each other’s family as their own. The couple built their future together from rock bottom and designed a fabulous life for their children and themselves.

Karnation was home-schooled initially. She later joined a school along with her sister, Camari. She hogged the limelight when she started to appear in the vlogs posted by CJ So Cool on his eponymous Youtube channel. There are many videos on birthday celebrations, doing pranks, shopping sprees, dance-offs, and reactions to products. Usually, the posts are fun and really interesting, although there was one prank video that backfired and generated a lot of negative attention because CJ added laxatives to the kids’ ice creams. Karnation along with her siblings was seen getting sick and YouTube had to take down the post after complaints.

Karnation So Cool has also been spotted on TikTok where she puts up dance videos that have left many mesmerized. She is a great dancer and shows off some incredible gymnastic moves on camera.

Karnation and her siblings got their own YouTube channel named ‘So Cool Kids,’ created in 2018. In the video posted on this channel, the clan is seen hunting for the perfect gift for CJ to celebrate his YouTube channel reaching seven million subscribers. Currently, the channel only hosts a single video but still has the support of over 8k subscribers.

Karnation So Cool is a fortunate young child as she has Royalty as her mother. What is evident from the videos posted on social media, CJ and Royalty have built a wonderful life for themselves, but that was not always the case. Jamie, who is Karnation’s biological father, was Royalty’s partner of 10-12 years and had three children with her– J’aaliyah born in 2007, Leonidas born in 2009, and Karnation born two years later.

However, as revealed by Royalty, it was an extremely abusive relationship where she had to go through constant physical and emotional torture. She was the sole provider for a family of 7, which included the couple, their 3 children, and Jamie’s mother and sister as well. She walked out of that place as she wanted to make a better life for her children, and never looked back.

Royalty and CJ started their YouTube channel in December 2014 and now have a massive fan following on YouTube and Instagram. However, the couple parted ways in 2022, putting an end to an almost 10-year relationship. In a video titled “WHY I LEFT…,” Royalty accused CJ of cheating on her with many women and mentioned how it was all going on for months. CJ, however, refuted all the allegations of cheating in a separate video of his. The couple had previously broken things off in 2021 but they later came back together. Now, Karnation, along with her siblings Leonidas and J’aaliyah, appear on their mother’s Youtube channel, LIFE WITH ROYALTY. The channel currently entertains an audience of over 1.4 million subscribers. 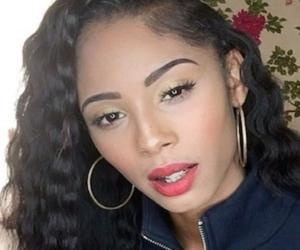