DID WE MISS SOMEONE?
CLICK HERE AND TELL US
WE'LL MAKE SURE
THEY'RE HERE A.S.A.P
Popularity Index
30
Musicians #7801
Quick Facts 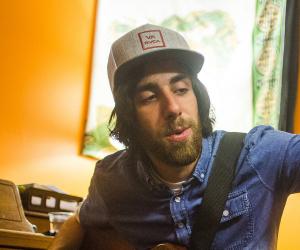 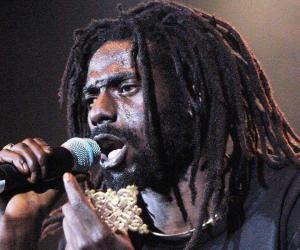 Who was Karl Lawrence King?

Karl L. King was an American march music bandmaster and composer, renowned for his work “Barnum and Bailey's Favorite”, one of the most popular circus march music. Apart from being a brilliant composer, he was also an excellent baritone and cornet player as well. His march compositions became famous in circus bands, which seriously lacked standard march music till then. Many circus companies adopted his compositions and much of them are now regarded as classic works in this genre. His contributions to circus music earned him the title "March King", which he shared with another stalwart, John Philip Sousa. Karl King’s compositions had a standout quality as it matched with the rhythm of the acts and he quickly rose to leadership positions in leading circus bands like Buffalo Bill and the Barnum and Bailey. He concentrated only in circus band music and contributed much more than any other composer. Aerial waltzes and circus galops were his specialty and these were in popular demand during his time and, even after several years of his death, no other composer could beat the popularity of his compositions. He was a humble man, who led a common life and was greatly respected and loved as a spectacular composer and a great human being. Read on to learn more about this legend.

Pisces Musicians
American Musicians
Pisces Men
Karl Lawrence’s Childhood and Early Life
Karl Lawrence King was born to Sandusky S. and Anna Lindsey King in Paintersville, a little village in Ohio on 21 February 1891. His father was a Tuba player. His family moved to Canton when he was eleven years old and Lawrence worked as a newspaper carrier there to collect money to purchase his first musical instrument—a cornet. He learnt this instrument under the guidance of Emile Reinkendorff, director of the Grand Army Band of Canton. Largely self-taught, he learned music from the tips he got from local musicians when he was playing brass instruments in the Canton Marine Band. He lacked proper schooling as he left school after completing eighth grade to pursue the printing trade, but he ended up taking up composing as his profession. He also honed his skills in part from the four piano lessons and one harmony lesson given to him by famous musical show director William Bradford. Thus, he got a chance to be familiar with scores and learnt the primary lessons of composing.
Soon after he got well along with music and composition, he received offers from famous bands like Thayer Military Band in Canton, under the directorship of William E. Strassner and the Neddermeyer Band of Columbus in Ohio, directed by Fred Neddermeyer. These two would be his first professional foray into march music. He was well acquainted with instruments like cornet and baritone horn. Later on, Karl King switched to baritone horn from cornet and Strassner helped him learn that instrument. He also spent some time in Soldier’s Home Band in Danville, Illinois.
Work With Circus Bands
In 1910, when Karl King was 19 years old, he began directing circus bands while also playing baritone. The same year he got an offer from the Robinson Famous Shows and there he worked under the famous music conductor Woodring Van Anda. The next year, in 1912, he performed in the Yankee Robinson Circus band under Theo Stout. He then moved to Sells-Floto Circus where he worked under the renowned march conductor W.P. English and then shifted to the Barnum and Bailey band and worked under the directorship of Ned Brill, in 1913. It was while working at Barnum and Bailey that Karl King wrote the most recognized American circus march music “Barnum & Bailey’s Favorite” and dedicated this to Brill. This became very popular and was later adopted by other circus bands too.
Karl King got engaged to full-time conducting job in 1914 when he joined Sells Floto Circus and Buffalo Bill's Wild West Show which were combined shows and worked there for three seasons. In 1915, he took the role of bandmaster in Sells-Floto Circus and moved to the same role (band master) in Barnum and Bailey Circus band, in 1917.
Career Post Circus Bands
During World War I, Karl King wanted to join John Philip Sousa at the Great Lakes Naval Training Station but he couldn’t achieve it as there were no openings left. So, Sousa suggested that Karl King could join the army as bandmaster at Camp Grant but, he couldn’t serve as the War ended on the day he was supposed to join.
In 1919, Karl King returned to Canton where he directed the Grand Army Band. He also ventured into music publishing business by establishing his company ‘K.L. King Music House’. The company published its first work, “Broadway One-Step”. By 1920, he had settled in Fort Dodge. From then on, he conducted the Fort Dodge Municipal Band, which he continued to do so for the next fifty-one years. Joseph Hermann, who then became the president of Bandmasters Association, was a member of his band. King worked passionately for the betterment of the band and later it became famous as King’s Band. Karl King played an important role in the enactment of the Iowa Band Law in 1921, which allowed cities to impose a local tax for maintenance of a band. When the law was passed he felt so ecstatic that he celebrated the news with his famous march named “Iowa Band Law”.
At the age of 59, in 1951, Karl King was honored with a testimonial dinner invite that included 250 people. This prestigious dinner was marked by the presence of famous band personalities like Glenn Cliffe Bainum, Albert Austin Harding, Paul V. Yoder, and William H. Santelmann. Another luminary who attended this grand function was, William S. Beardsley, the governor of Iowa. In 1960, Karl King directed the largest mass band ever with 188 high school bands that presented about 13,000 musicians. This mass band was named “Iowa Band Law” and was staged at a nationally televised University of Michigan football game.
Important Works
More than 300 works were composed by Karl King throughout his life. These include gallops, waltzes, overtures, serenades, rags, and 188 marches and screamers. His compositions for circus bands are marked by high difficulty level, which was as high as 4-5 grades. He had contributed to school band movements as well, with several great compositions of varying difficulty levels. “MoonLight on the Nile Waltz” was his first copyrighted work where as “Barnum and Bailey’s Favorite” is renowned as his best composition.  Some important compositions by King are listed below:
Awards And Accolades
Recognition after Death
Personal Life and Death
Karl King married Ruth Lovett, a calliope performer, in 1916. She was there with him in his final band performance as a calliope performer. In 1919, he fathered his one and only child, Karl L. King. The proudest performance in his life, according to him, was when he conducted the Barnum and Bailey band in Madison Square Garden. On March 31, 1971, at the age of 80, Karl King took his last breath. He was suffering from acute diverticulitis and was admitted to Fort Dodge, Iowa hospital. He was buried at North Lawn Cemetery. Later on, his wife Ruth I. King, who died in1988 and his son Karl King Jr., who died in 1987 were buried at the same place.
You May Like

He and his family moved to Canton.

He joined the Barnum and Bailey band under the directorship of Ned Brill.

He became a full-time conductor at Sells Floto Circus.

He moved to the Barnum and Bailey Circus band as band master.

Karl King got into the music publishing business by establishing the ‘K.L. King Music House’.

He settled in Fort Dodge.

The Iowa Band Law was enacted, largely because of Karl King’s effort.

Karl King directed the largest mass band ever with 188 high school bands that presented about 13,000 musicians.