Juliana Salimeni, better known as Juju, is a fitness model, TV personality, and social-media star from Brazil. She gained prominence in 2008 when she took up the job of a reporter for a TV show called ‘Panic on TV.’ She quickly became popular throughout Brazil and was made the lead presenter of a show called ‘Panic Delivery.’ She then started gracing the covers of many popular magazines, such as the famous lifestyle and entertainment magazine ‘Playboy.’ After being named the “Sexiest Woman in the World” by ‘VIP’ magazine, Juju joined hands with a number of fitness brands from all over the world. Her collaborations with top fitness brands increased her popularity, and Juju became a celebrity in Brazil. She has a massive fan following on social media. Her official ‘Instagram’ account has more than 12 million followers. On her ‘YouTube’ channel, she has appeared in videos such as ‘Tour Pela Clinica Salimeni.’ Kat Torres
Models #3013
Fashion #3403
Continue Reading Below
DID WE MISS SOMEONE?
CLICK HERE AND TELL US
WE'LL MAKE SURE
THEY'RE HERE A.S.A.P
Quick Facts

Brazilian People
Libra Models
Female Models
Brazilian Models
Brazilian Fashion
Childhood & Early Life
Juju Salimeni was born on September 24, 1986, in São Paulo, Brazil. Juju was raised by her mother Dora Salimeni. While in school, she participated in various sports, such as gymnastics, soccer, and volleyball.
She attended the ‘Fátima Toledo School’ and earned a bachelor's degree in business administration. Her interest in sports contributed to her lean physique, but Juju was still not happy.
She wanted to look better. This made her track her calorie intake and hit the gym regularly. She started idolizing fitness models such as Larissa Reis. She wished to emulate the success of popular fitness models.
Juju began training in 2001 and has not looked back since then. She trained hard and followed a healthy eating plan to maintain her physique. Juju’s major breakthrough came in the year 2008, when she started working as a TV reporter for the show ‘Panic on TV.’
Continue Reading Below
You May Like

The Best Black Actresses Of All Time
Career
She worked as a reporter for a couple of years, before being given the responsibility of presenting a show called ‘Panic Delivery.’ She started presenting the show from 2010 and gained prominence as a TV personality.
The show increased her popularity, and Juju soon became a celebrity in Brazil. She was seen in a couple of other TV shows such as ‘Who Arrives First?’ (2010) and ‘Legendary’ (2011–2016).
She then graced the covers of various magazines, including the famous lifestyle and entertainment magazine ‘Playboy.’ ‘VIP’ magazine acknowledged her effort and achievements by naming her the “Sexiest Woman in the World.”
Juju was subsequently presented with an opportunity to represent international fitness brands and supplements. She also started inspiring others through various social-media platforms. The photos and videos posted on her official ‘Instagram’ account have earned her more than 12 million followers.
In 2018, Brazilian TV network ‘Rede Bandeirantes’ hired her as part of its team of reporters. Juju appears on ‘The Sports Show,’ presented by Milton Neves and aired on the network.
One of her notable ‘YouTube’ videos is titled ‘Tour Pela Clinica Salimeni.’ In the 16-minute video, Juju shares her everyday routine with her viewers and fans. In 2018, she was seen performing the famous samba dance at a carnival held in Brazil. She has also performed at various other carnivals held across Brazil.
Personal Life
Juju met bodybuilder Felipe Franco when she hired him as her personal trainer. She was in a relationship with Felipe Franco for 10 years, before deciding to marry him. The couple walked down the aisle on September 25, 2015, in São Paulo, Brazil.
After being married for two years, the couple announced that their marriage was not working out the way they wanted it to. They decided to break up in an amicable manner. However, even after breaking up, they maintained a cordial relationship and were still connected professionally.
After a few months, Juju and Felipe Franco decided to give their marriage another chance. Soon, they posted a photograph that showed them enjoying each other’s company beside a pool.
Juju consumes six meals a day. She weighs her food carefully before eating it. This helps her keep a track of her calorie intake. She avoids fast food.

See the events in life of Juju Salimeni in Chronological Order 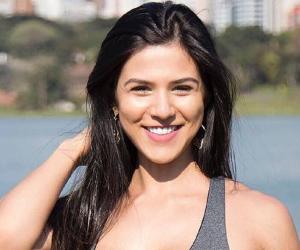 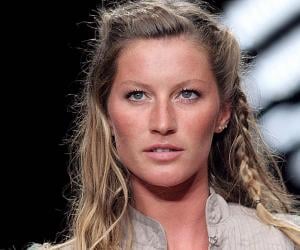