Joshua Wong Chi-fung is a Hong Kong student political activist and the co-founder and current secretary-general of the pro-democracy party Demosistō. Before this, he had served as the convenor and founder of the Hong Kong student activist group Scholarism. Raised as a Protestant Christian in the Lutheran tradition, Wong was deeply influenced by his father’s social and economic beliefs. He attended the United Christian College (Kowloon East) where he was part of several church groups. This helped him accumulate organisational and speaking skills. He first garnered international media attention during the 2014 Hong Kong protests and was a prominent figure in the Umbrella Movement. He was subsequently listed in TIME magazine's Most Influential Teens of 2014 and was nominated for its 2014 Person of the Year accolade. Furthermore, he was hailed as one of the "world's greatest leaders" by Fortune magazine in 2015 and received a nomination for the Noble Peace Prize in 2018. Since the beginning of the Hong Kong protests, Wong has been convicted and jailed multiple times along with his fellow activists. In August 2019, he was detained once more before a planned demonstration.
Continue Reading Below 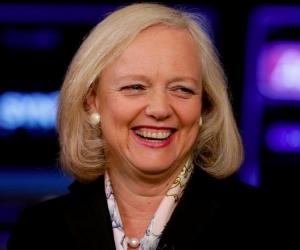 Libra Leaders
Male Leaders
Male Activists
Libra Men
Childhood & Early Life
Born on October 13, 1996, in Hong Kong, Joshua is the son of Grace and Roger Wong. His grew up in a Lutheran middle-class household. Much of his social awareness comes from his father, a former IT professional, with whom he used to visit the underprivileged.
Wong was a student at the United Christian College (Kowloon East), which is a private Christian middle school in Kowloon. During this period, he worked with several church groups, which helped him grow his organisational and oratory skills.
Continue Reading Below
You May Like

The Hottest Male Celebrities With The Best Abs
Activism & Hong Kong Protests
In 2010, Joshua Wong was involved in the anti-high-speed rail protests. This was the first large political activity in which he participated.
He set up Scholarism on May 29, 2011, with schoolmate Ivan Lam Long-yin. They started by conducting simple means of protests, including the distribution of leaflets against the newly-announced moral and national education (MNE). In time, it grew, and by 2012, they were organising political rallies with over 100,000 citizens in attendance.
In June 2014, Scholarism released a draft of their plan of the reformation of Hong Kong’s electoral system, which advocated for universal suffrage, under the “One Country, Two Systems” principle.
They also actively pushed for the inclusion of civic nomination in the 2017 Hong Kong Chief Executive Election. In a pro-democracy message to Beijing, Wong led a class boycott among students in Hong Kong.
He again served as one of the leaders in a massive pro-democracy protest, during which hundreds of students campaigned in the Civic Square in front of the Central Government Complex, against Beijing's decision on the 2014 Hong Kong electoral reforms. Wong, along with 77 other activists, was arrested. While most of them were let go, it took a court order for Wong to be released by the police.
Throughout the protests, Wong has been fighting the Beijing propaganda that labelled him as a US stooge. According to him, his name has been put in mainland China's Blue Paper on National Security, which lists internal threats. In response, he quoted the following line from ‘V for Vendetta’: “People should not be afraid of their government, the government should be afraid of their people.”
On November 27, 2014, Hong Kong authorities charged Wong with preventing a bailiff from clearing one of Hong Kong's three protest areas, a charge that his lawyer claimed was politically motivated. According to Wong, he was beaten and humiliated by the police while he was in their custody.
On June 28, 2015, he and his girlfriend were assaulted by an unknown man in Mong Kok. Both had to be admitted to a hospital. While there was subsequently an investigation, no one was apprehended.
In April 2016, Wong and other Scholarism activists established a new political party, Demosistō. It asks for a referendum to be conducted to decide on Hong Kong’s political fate after 2047, when the One Country, Two Systems principle is set to expire.
He even had the plans to contest in the 2016 Legislative Council election but could not as the statutory minimum age for candidacy in Hong Kong is 21, and he was 19 at the time. Wong received some criticism on social media for his decision to create a political party.
Convictions & Imprisonments
In August 2017, Joshua Wong, along with two other pro-democracy activists, was sentenced to jail for his involvement in the occupation of Civic Square at the beginning of the 2014 Occupy Central protests.
In January 2018, he was sentenced to imprisonment once more for his failure to abide by a court order for vacating the Mong Kok protest site during the Mong Kong protests in 2014.
In his relatively short political career, Wong has been convicted and imprisoned multiple times. On August 29, 2019, he was arrested right before a planned demonstration for which the city had not given its approval.
The Nomination for the Noble Peace Prize
Joshua Wong and other activists in the Umbrella Movement were nominated for the 2018 Noble Peace Prize by a bipartisan group of US lawmakers for "their peaceful efforts to bring political reform and protect the autonomy and freedoms guaranteed Hong Kong in the Sino-British Joint Declaration".
Trivia
In 2017, a documentary about Wong, ‘Joshua: Teenager vs. Superpower’, was released.

See the events in life of Joshua Wong in Chronological Order 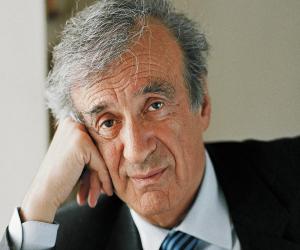