Josh Dallas, born as Joshua Paul Dallas, is a popular American actor. He is famous for his roles as Fandral in the comedy flick ‘Thor’ and Prince Charming in the ABC’s hit series ‘Once Upon a Time’. Besides this, he has guest-starred in a number of television shows like ‘Ultimate Force’, ‘Doctor Who’, ‘Hawaii Five-0’ and ‘CSI: Crime Scene Investigation’, to name a few. His other film projects include: ‘80 Minutes’, ‘Red Tails’, ‘The Descent Part 2’ and ‘The Boxer’. The charming actor has also done television films such as ‘The Last Days of Lehman Brothers’ and ‘Five’. Not just this! Dallas has also lent his voice to the character of “Bragg” and “Frantic Pig” in the movies ‘Ghost Machine’ and ‘Zootopia’ respectively. And it doesn’t end here! The American actor has worked with some of the world’s most renowned theatre companies. The theatre production houses Dallas has performed with include Royal Shakespeare Company, The New Shakespeare Company, Royal National Theatre, The Young Vic and The English National Opera, among others. Coming to Dallas’ personal lifestyle, he is simple and down-to-earth in real life. Till date, the actor hasn’t joined any social networking website and prefers to stay aloof! 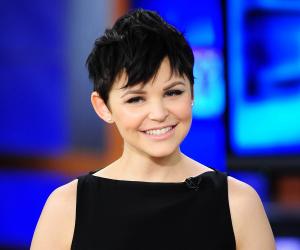 American People
Kentucky Actors
Tall Celebrities
Tall Male Celebrities
American Actors
Career
Josh Dallas joined the Royal Shakespeare Company at Mountview after graduation. After working with the production house, he worked for many other renowned theatre companies like The New Shakespeare Company, Royal National Theatre, The Young Vic and The English National Opera. In 2006, he made his television debut by appearing in an episode of the series ‘Ultimate Force’. Two years later, the actor did the series ‘Doctor Who’. The same year, he made his debut on big screen in the film ‘80 Minutes’.
After this, in 2009, Dallas got featured as “Ace” in the television film named ‘The Last Days of Lehman Brothers’. During this time, he also did the movie ‘The Descent Part 2’. He then lent his voice to the character of “Brag” in ‘Ghost Machine’. The following year, the American star was cast in two episodes of the show ‘Money’ as well as for an episode of the show ‘Hawaii Five-0’. Dallas was cast as “Fandral” in the flick ‘Thor’ in 2011. Then he got featured in ‘CSI: Crime Scene Investigation’ and also in the television film named ‘Five’. Also in 2011, he began working as “Prince Charming” in the ABC series titled ‘Once Upon a Time’. A year later, the actor did the movie ‘Red Tails’. After this, he performed the voice role of ‘Frantic Pig’ in ‘Zootopia’ in the year 2016. During that time, he also worked for the short film ‘Sidekick’.
You May Like

Sagittarius Actors
Actors Who Are In Their 40s
American Film & Theater Personalities
Sagittarius Men
Continue Reading Below
Personal Life
Josh Dallas was born as Joshua Paul Dallas on December 18, 1978, in Louisville, Kentucky, USA. He studied at New Albany Senior Public High School. He later on attended Mountview Academy of Theatre Arts and earned the Sarah Exley Scholarship there. In 2007, Dallas got married to actress Lara Pulver. However, the couple got divorced in 2011. Then the actor started dating actress Ginnifer Goodwin whom he married in 2014. Together the couple has two sons.