Ginnifer Goodwin, born as Jennifer Michelle Goodwin, is a well-known actress from the USA. She is popular for playing Snow White in the fantasy TV series ‘Once Upon a Time’, Margene Heffman in the drama ‘Big Love’ and Judy Hopps in Disney’s animated movie ‘Zootopia’. Besides this, she has appeared in several other TV shows, such as ‘Electric City’, ‘Law & Order’, ‘Margene's Blog’ and ‘Ed’, to name a few. The talented actress has also done a number of movies, some of the popular ones being ‘Mona Lisa Smile’, ‘Walk the Line’, ‘He's Just Not That Into You’ and ‘Killing Kennedy.’ Not just this! Goodwin has also done voice work for television projects and even video games. All these contributions of the actress to the small and the big screen have brought considerable name and fame to her. Today Goodwin is not just financially successful but also has a strong fan base, both on social media and otherwise. Talking about her awards and accolades, she has received a Kids' Choice Award, an Alliance of Women Film Journalist award and a Voice Arts™ Award.
Continue Reading Below 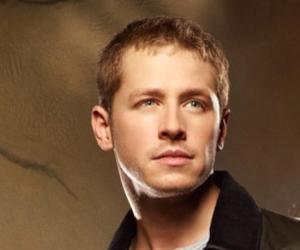 American People
American Women
Tennessee Actresses
Boston University
Gemini Actresses
Career
Goodwin first appeared in minor roles on television shows such as ‘Law & Order’ and ‘Ed’ before landing bigger roles. In 2003, she made her debut in films through ‘Mona Lisa Smile’ which was followed by ‘Win a Date with Tad Hamilton!’, ‘Walk the Line’ and ‘Love Comes to the Executioner’. After this, she had a recurring voice role in the show ‘Robot Chicken’. Then, in 2006, she was cast as Margene Heffman in the TV series ‘Big Love’. The following year, Goodwin appeared in two movies, namely ‘In the Land of Women’ and ‘Day Zero’ respectively.
From 2009 to 2011, she did a number of small and big screen projects. These projects include TV shows ‘Crappy Holidays Presents...’, ‘SpongeBob SquarePants,’ ‘Margene's Blog’ and movies ‘He's Just Not That Into You’, ‘A Single Man’, ‘Ramona and Beezus’, ‘Take Me Home Tonight’ and ‘Something Borrowed’ respectively. Around this time, Goodwin was also offered the television film ‘Five’. She was then cast as Snow White in the TV show ‘Once Upon a Time’.
After this, the ambitious lady appeared in the TV series ‘Electric City’. In 2013, Goodwin did the television movie ‘Killing Kennedy’ in which she portrayed the character of Jacqueline Kennedy. The following year, she lent her voice to an episode of the television show ‘Sofia the First’. The same year, she did voice work for the movie ‘Tinker Bell and the Legend of the NeverBeast’. After this, she got featured in the documentary series ‘Who Do You Think You Are?’ She also gave her voice to one of the characters in the video game ‘Disney Infinity 3.0’. Then in 2016, Goodwin did voice work for the film ‘Zootopia’.
You May Like

American Actresses
Actresses Who Are In Their 40s
Women Film & Theater Personalities
American Film & Theater Personalities
Continue Reading Below
Personal Life
Ginnifer Goodwin was born as Jennifer Michelle Goodwin on May 22, 1978 in Memphis, Tennessee, USA. Her father, Tim Goodwin, owned a recording studio. Her mother worked for Apple and FedEx. She has a younger sister named Melissa. Ginnifer went to St. Mary's Episcopal School in Tennessee. She later graduated from Lausanne Collegiate School in 1996. After this, she majored in theatre from Hanover College and then moved on to earn a degree in Fine Arts from Boston University. After this, she studied at Stratford Upon-Avon’s Shakespeare Institute and Royal Shakespeare Company.
Coming to the actress’ love life, she initially dated actor Joey Kern. The couple got engaged in 2010. However, they broke up and ended their engagement one year later. After the split, Goodwin started dating actor Josh Dallas. They got married in 2014. Today, the couple has two sons.
Recommended Lists: