Joseph Gordon-Levitt is an American actor, director and filmmaker. He landed up in acting as a child protégée as Rounder in the television film ‘Stranger on my Land’. Thereafter, he performed as a child artist in various commercials, television films and series. His big screen flicks as child actor include ‘Beethoven’, ‘A River Runs Through It’, ‘Holy Matrimony’, ‘Roadflower’ and ‘Angels in the Outfield’. As a child artist he gained popularity after his portrayal as Tommy Solomon in the television series ‘3rd Rock from the Sun’. The role fetched him two ‘Hollywood Reporter Young Star Awards’. After taking a gap to pursue his formal education he returned to acting and performed in many hit films including ‘(500) Days of Summer’, ‘G.I. Joe: The Rise of Cobra’, ‘Inception’ and ‘The Dark Knight Rises’. His versatile acting range includes different genres be it romance, drama, comedy or a thriller. He made his directorial debut with twenty-four minute short film ‘Sparks’ which was selected in the category of short films in the ‘Sundance Film Festival’. His other directorial projects include ‘Morgan M. Morgansen's Date with Destiny’, ‘Morgan and Destiny's Eleventeenth Date: The Zeppelin Zoo’ and ‘Don Jon’. He has his own online collaborative production company, ‘hitRECord’ which has hosted the TV series, ‘HitRecord on TV’. 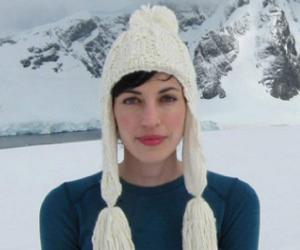 American People
Actors
Directors
American Men
California Actors
Childhood & Early Life
Joseph Gordon-Levitt was born in on February 17, 1981, in Los Angeles, California to Dennis Levitt and Jane Gordon. His father worked as news director of ‘KPFK ‘, the Pacifica radio station and his mother ran for ‘U.S. Congress’ on behalf of the ‘Peace and Freedom Party’. Former Hollywood film director Michael Gordon was his maternal grandfather.
His parents were two of the founders of the ‘Progressive Jewish Alliance’. He and his brother Don were raised in the neighbourhood of Sherman Oaks in Los Angeles.
His journey in acting started at the age of four at a local children’s theatre. Soon, he moved on with television films and commercials at when he was 6. His endorsements included ‘Kinney Shoes’, ‘Cocoa Puffs’, ‘Sunny Jim’ peanut butter and ‘Pop-Tarts.
Some of his notable performances in television as child artist include films like ‘Stranger on My Land’ (1988), ‘Hi Honey – I'm Dead’ (1991) and ‘The Great Elephant Escape’ (1995). Television series of that period includes ‘Family Ties’ (1988), ‘Dark Shadows’ (1991) and ‘The Powers That Be’ (1992).
He made his big screen debut with the 1992 released ‘A River Runs Through It’. The film earned him a ‘Young Artist Award’ for ‘Best Actor under 10 in a Motion Picture’. His other big screen flicks as child artist include ‘Holy Matrimony’ (1994), ‘Angels in the Outfield’ (1994), ‘Halloween H20: 20 Years Later’ (1998) and ‘10 Things I Hate About You’ (1999).
He continued studying in the ‘Van Nuys High School’ while performing for the television series ‘3rd Rock from the Sun’. The hit series in which he performed from 1996 to 2001 comprising 131 episodes fetched him two ‘Hollywood Reporter Young Star Awards’. He completed his honours graduation in 1999.
From 2000 to 2004, he attended the ‘Columbia University School of General Studies’ where he studied French literature, history and French poetry. Meanwhile, he continued his acting career exploring different roles in films like ‘Picking Up the Pieces’ (2000), ‘Forever Lulu’ (2000), “Maniac’ (2001) and Latter Days (2003). In 2004, he dropped out from the school to pursue full-time acting. 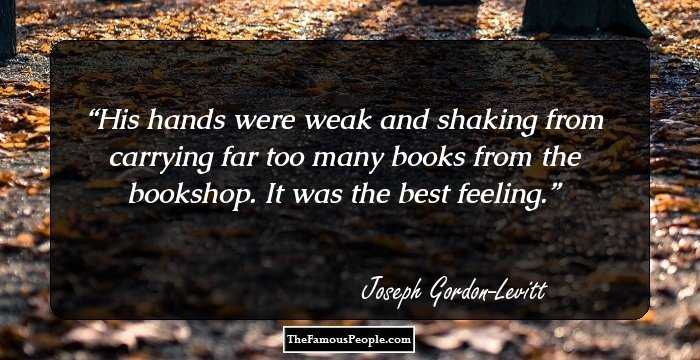 Quotes: Books
Continue Reading Below
Career
In 2004, he set up the online collaborative production company, ‘hitRECord’. The company collaborates with musicians, artists, filmmakers among others to develop and create art and media. The profit from such collaboration is shared by those involved in the final production.
He made a successful transition from a child artist to a matured and well accepted full-time actor. His wide range of challenging roles includes Neil McCormick, a gay prostitute in ‘Mysterious Skin’ (2004), Brendan Frye, a teenage investigator in ‘Brick’ (2005) and Richie Nix, a hoodlum in ‘Killshot’ (2009) to name a few. In 2005, he received the ‘Golden Space Needle Award’ at the ‘Seattle International Film Festival’ for his performance in ‘Mysterious Skin’.
He proved his mettle as a lead in 2009 hit romantic comedy ‘(500) Days of Summer’. The film fetched him a nomination for the ‘Golden Globe Award’. He portrayed the character of a villain, The Doctor/Rexford ‘Rex’ Lewis in the action thriller ‘G.I. Joe: The Rise of Cobra’. In the same year he made his directorial debut with ‘Sparks’, a twenty-four minute short film based on Elmore Leonard’s short story. The film was selected in the ‘Sundance Film Festival’.
In 2010, he starred in Christopher Nolan’s science fiction ‘Inception’. He received positive reviews for his role of Arthur in the film which also starred Leonardo DiCaprio. He directed two short films ‘Morgan M. Morgansen's Date with Destiny’ and its sequel ‘Morgan and Destiny's Eleventeenth Date: The Zeppelin Zoo’ under the production of ‘hitRECord’. The films were premiered at ‘Sundance Film Festival’ and at the ‘South by Southwest’ festival respectively.
He has tackled both Hollywood and independent films with equal élan. He played a young man Adam Lerner in the 2011 film ‘50/50’ who faces unusual challenges after learning about his cancer.
As a Batman fan from childhood his dream came true when he landed up playing John Blake in one of the Batman saga of Christopher Nolan, ‘The Dark Knight Rises’, which released in 2012. Another notable film of the year was Steven Spielberg directed biopic ‘Abraham Lincoln’ where he played Robert, son of Lincoln. He played Wilee in ‘Premium Rush’ and Young Joe in ‘Looper’ and remained an executive producer of the latter.
He was the writer and director of the 2013 released comedy ‘Don Jon’ in which he appeared alongside Scarlett Johansson and Julianne Moore. The film was premiered at the ‘Sundance Film Festival’ and fetched him a nomination for ‘Best First Screenplay’ at the ‘Independent Spirit Award’.
In 2014, he played Johnny, a character created by Frank Miller in Miller’s and Robert Rodriguez’s film ‘Sin City: A Dame to Kill For’.
In 2015, he starred as Philippe Petit in Robert Zemeckis directed biographical film ‘The Walk’.
His forthcoming film ‘Snowden’ under the direction of Oliver Stone which is scheduled to be released in 2016 will see him as Edward Snowden, a NSA surveillance leaker. He made an announcement on co-producing a film that will be adapted from ‘The Sandman’, a graphic novel series for the ‘Warner Bros.’ Studio. 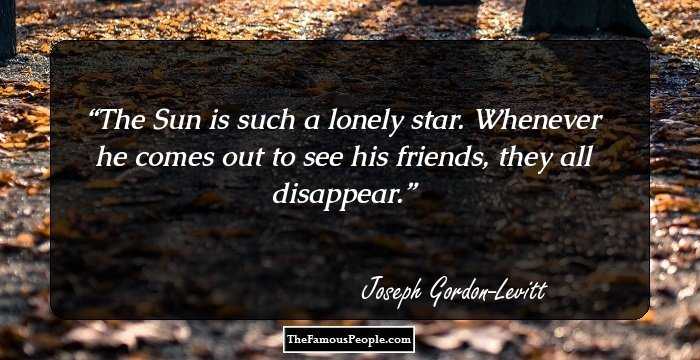 Quotes: Friends
Personal Life & Legacy
He married Tasha McCauley on December 20, 2014, and in August, 2015 the couple welcomed their son.