Jon Cryer is an American actor and director, best known for his role in the series ‘Two and a Half Men,’ and the movie ‘Pretty in Pink’. Both his parents were part of the entertainment industry, so it was very natural for him to get inclined toward a career in acting. His first acting credit was in the Broadway play ‘Torch Song Trilogy,’ after which he played a few minor roles in movies and television serials, before his big break in the romantic comedy movie, ‘Pretty Pink.’ He wrote and produced the movie, ‘Went to Coney Island on a Mission from God... Be Back by Five,’ which was screened at the Los Angeles Film Festival. It took him some time to establish as an actor, as his initial movies and television serials were not a great success. His performance in the serial, ‘Two and a Half Men,’ got him two Emmy awards and things started changing better for him.
Continue Reading Below 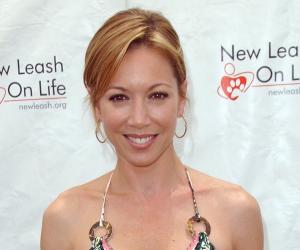 American People
American Men
New Yorkers Actors
Aries Actors
American Actors
Childhood & Early Life
He was born Jonathan Niven Cryer on April 16, 1965, in New York City, New York, US, to David and Gretchen Cryer. His father is a veteran stage, television and film actor, and singer, and his mother is a playwright, lyricist, and actress. He has two sisters - Robin and Shelly. He is of mixed European ancestry.
As his parents were in the showbiz, it was quite natural for him to get inclined towards acting. He started as a child model and stage performer while he was in junior high school. He graduated from Bronx High School of Science in 1983 and decided to pursue a career in acting. He attended performing arts training at Stagedoor Manor during his summer vacations and went on to join the Royal Academy of Dramatic Art in London, UK, for a short course.
His first acting credit was in the Broadway play, ‘Torch Song Trilogy.’ He appeared in his first lead role as ‘Charles Cummings’ in the romantic comedy movie, ‘No Small Affair,’ at the age of 19.
Continue Reading Below
You May Like

See the events in life of Jon Cryer in Chronological Order