John Mulaney is an American stand-up comedian and a writer who is best known for his work in the American late-night live television show Saturday Night Live. He is also an actor and a producer. He created and played the lead role in the American TV comedy series Mulaney, where he portrayed a fictionalized version of himself. The show was cancelled after one season because of poor reviews. Born in Chicago, Illinois, he got the opportunity to audition for his first film role when he was only seven. However, as his parents declined, his acting career was postponed. After completing his graduation he worked for some time at Comedy Central as an office assistant. He gained prominence after his work as a writer and a stand-up comedian on Saturday Night Live. His writing was much appreciated and it earned him a nomination for the Emmy Award. As a stand-up comedian he has also made appearances in other shows such as Late Night with Conan O'Brien and The Chris Gethard Show. As an actor, he has played guest roles in a few shows such as Difficult People, an American comedy TV series. 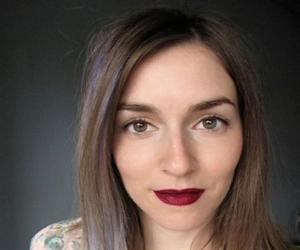 Timothée Chalamet
Actors #352
Stand-up Comedians #11
Writers #188
DID WE MISS SOMEONE?
CLICK HERE AND TELL US
WE'LL MAKE SURE
THEY'RE HERE A.S.A.P
Quick Facts

American People
T V & Movie Producers
American Men
Illinois Actors
Georgetown University
Childhood & Early Life
John Edmund Mulaney was born on 26th August 1982 in Chicago, Illinois, in the US. His mother Ellen Mulaney was a law professor at Northwestern University, and his father Charles W. Mulaney was an attorney as well as a partner in a law firm. He is the third of their four children.

Mulaney was an altar boy when he was young. At a very early age, he got the opportunity to audition for the lead role in the film Home Alone. However, his parents declined.

He studied at St. Clement School, and later did his graduation from Georgetown University, where he studied English literature.
Continue Reading Below
You May Like

John Mulaney moved to New York after completing his graduation in order to pursue a career as a comedian. However, for a few years, he worked as an office assistant for Comedy Central. For some time, he also worked as a commentator in the comedy show Best Week Ever.

He later auditioned for Saturday Night Live, where he was able to secure a spot on the writing team. He worked for six seasons in the show, and his writing eventually got him nominated for a Primetime Emmy Award for Outstanding Writing for a Variety Series. Along with a few other members of the show, he won the Primetime Emmy Award for Outstanding Original Music and Lyrics.

He was then seen in the show Important Things with Demetri Martin. The show started airing from 2009 on the Comedy Central network. It starred comedian Demetri Martin, who in each episode, covered a different theme such as power, control, and money. The show, however, was cancelled after two seasons.

In 2010, he did multiple voice roles in the American comedy series Ugly Americans. Directed by Devin Clark, the show revolved around a man who moves into Manhattan, a city which is inhabited by several demonic species, along with humans. The show gained mostly positive reviews and was aired for two seasons.

John Mulaney appeared in several other shows as well, mostly in guest appearances. The shows he appeared in include The Chris Gethard Show, Kroll Show and The Peter Holmes Show.

In 2014, he created, produced, as well as starred in the lead role in Mulaney, where he portrayed a fictionalized version of himself. The show received negative reviews, and was cancelled after just one season.

Since 2015, he has been serving as a writer, consulting producer as well as co-executive producer of the American mockumentary series Documentary Now. The show has been nominated for two Emmys. Other shows he has recently appeared in include Lady Dynamite and Comedy Bang! Bang!

John Mulaney’s first significant work was seen in the comedy series Best Week Ever. The show started airing in 2004 and aired till 2014. Originally created by Fred Graver, the series featured comedians analyzing the developments of the previous week. They covered subjects like pop culture, recent happenings as well as celebrity gossip.

His role as a comedian and writer in Saturday Night Live can be considered the most important work in his career. The show, which was created by Lorne Michaels, has been airing since 1975. The show is hugely popular in America, and has been ranked by TV Guide as the tenth most popular show of all time. Mulaney has been nominated for multiple awards for his work on the show.

He is a writer, consulting producer, and co-executive for the American mockumentary show Documentary Now!. The show has been airing since August 2015. It has earned two nominations for the Emmys, and has also been ranked by New York Times as one of the best shows of 2015.

John Mulaney’s work in Saturday Night Live has got him nominated for the Emmy multiple times. He won the Primetime Emmy Award in 2011 for Outstanding Music and Lyrics. His work in the show has also earned him seven nominations for the Writers Guild of America Awards, out of which he has won two.

John Mulaney married to makeup artist Annamarie Tendler in 2014. They parted ways six years later. In 2021, it was announced that he and television actress Olivia Munn were expecting their first child together. In December 2021, their son Malcom Hiệp Mulaney was born.

See the events in life of John Mulaney in Chronological Order