DID WE MISS SOMEONE?
CLICK HERE AND TELL US
WE'LL MAKE SURE
THEY'RE HERE A.S.A.P
Popularity Index
30
Actors #4041
Film & Theater Personalities #9035
Quick Facts 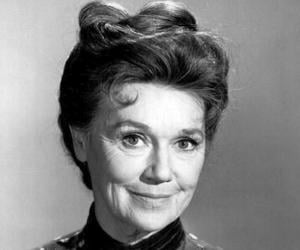 Who was John McIntire?

John Herrick McIntire was an American actor who garnered fame for portraying supporting characters in films and TV shows. A native of the state of Washington, McIntire was raised among ranchers in Montana. His experience there served as a source of inspiration for his acting in dozens of western films and TV shows. McIntire was a prominent radio and theatre personality even before he appeared in his first film. He made his film debut as an uncredited narrator in the 1940 drama film ‘The Ramparts We Watch’. His first credited appearance was in the 1948 film-noir ‘Call Northside 777’. He had his debut on the small screen almost 16 years after his first cinematic appearance, in an episode of ‘Front Row Center’. Over the course of his almost six-decade long career, he accumulated over 140 film and TV credits. McIntire was a two-time Bronze Wrangler Award winner and one-time CINE Golden Eagle accolade winner. Washington Actors
Tall Celebrities
Tall Male Celebrities
Cancer Actors
Childhood & Early Life
John McIntire was born on June 27, 1907, in Spokane, Washington, USA, to Jean McIntire and Chastine Uretta Herrick McIntire. He had descended from Irish immigrants.
For the most part, he was raised around ranchers in Montana. This experience later helped him portray various characters in western films and TV shows. In later years, he relocated to Santa Monica, California.
Continue Reading Below
You May Like

American Actors
American Film & Theater Personalities
Cancer Men
Career
A graduate of University of Southern California, John McIntire began his entertainment career on radio. His first role was on a program called ‘Tarzan and the Diamond of Asher’. While recording the program, he reportedly met his future wife. He played the eponymous role in a Los Angeles radio station's production of ‘The Adventures of Bill Lance’.
McIntire had the distinction of being the first actor to play the titular role in the CBS Radio drama ‘Crime Doctor’. He also served as the narrator on several radio shows, including ‘Lincoln Highway’ and ‘The March of Time’. He was also a prominent theatre actor.
In 1940, McIntire had an uncredited role as the narrator of the ‘Baptism of Fire Footage’ in the drama film ‘The Ramparts We Watch’. Eight years later, when he was 40 years old, McIntire made his debut cinematic appearance in the film-noir ‘Call Northside 777’.
Some of his most memorable films are ‘River Lady’ (1948), ‘Shadow of the Wall’ (1950), ‘The President’s Lady’ (1953), ‘The Asphalt Jungle’ (1950), ‘Psycho’ (1960), ‘Herbie Rides Again’ (1975), and ‘Cloak & Dagger’ (1984).
McIntire made a career out of portraying various archetypal characters in western films. He shared screen space with James Stewart in ‘Winchester ’73’ (1950) and ‘The Far Country’ (1955), Henry Fonda in ‘The Tin Star’ (1957), and John Wayne in ‘Rooster Cogburn’ (1975).
He was known to frequently work with his wife and children in various projects. He and his wife Jeanette Nolan acted together in Alfred Hitchcock’s ‘Psycho’. He portrayed Sheriff Al Chambers while she provided the voice of the “mother”.
He shared screen space with his daughter in two episodes of ‘Wagon Train’. McIntire and Nolan’s real-life son portrayed their reel-life son in a 1966 episode of ‘The Fugitive’.
After making his small screen debut in ‘Front Row Center’, McIntire went on to play Lt. Daniel Muldoon in ‘Naked City’ (1958-59), Charles Underhill and John Leeds in two episodes of ‘Alfred Hitchcock Presents’ (1958-60), Pa Canfield in ‘The Americans’ (1960), and Dutch McHenry in ‘Shirley’ (1979-80).
Besides ‘Wagon Train’, he was also brought in as a replacement in another television series following the death of one of the members of the cast. In the NBC western ‘The Virginian’ (1967-70), after the death of Charles Bickford who portrayed John Grainger, he joined the cast in the sixth season to play John’s brother Clay Grainger.
Major Works
In the NBC western series ‘Wagon Train’, John McIntire portrayed wagon master Christopher Hale from season four to season eight. He joined the cast following the death of Ward Bond, who had played the original wagon master, Major Seth Adams.
The series ‘Wagon Train’ had a massive impact on American pop culture. ‘Star Trek’ creator Gene Roddenberry stated that during his pitch for the show, he called it “Wagon Train to the Stars”.
Family & Personal Life
John McIntire became acquainted with actress Jeanette Nolan sometime in 1935. They exchanged wedding vows on August 26, 1935. Their daughter, actress Holly McIntire, was born on July 13, 1941. Jeanette gave birth to their son, late actor Tim McIntire, on July 19, 1944. Tim McIntire passed away at the age of 41 on April 15, 1986, predeceasing both of his parents.
The family used to split their time between their home in Laguna Beach, California and their cattle ranch in northern Montana.
On January 30, 1991, McIntire passed away in Pasadena in Los Angeles County after a long battle with emphysema and lung cancer. He was 83 years old at the time. He is interred at Tobacco Valley Cemetery in Eureka, Lincoln County, Montana.
You May Like

See the events in life of John McIntire in Chronological Order