(Religious Leader and Founder of the Presbyterian Church of Scotland)

Scottish theologian and leader of the Reformation in Scotland, John Knox entered Catholic priesthood but became a Protestant under the influence of George Wishart, a Scottish Reformer. During the years of political and religious turmoil in Scotland, Knox was captured by French forces and held prisoner. From this experience, he emerged as the voice of the Scottish Reformation. After his release from prison, he worked with the Protestant regency ruling for Edward IV in England and helped shape The Book of Common Prayer. When the Catholic Mary Tudor came to the English throne, Knox left England and eventually moved to Geneva, where he met John Calvin. In Calvin's teachings, he found the ideals of the true Protestant church. He strove towards wiping out the vestiges of Catholicism in Scotland. To achieve this, he reasserted Calvin's conviction of the people's right to overthrow any ruler who curtailed their freedom of conscience. Back in Scotland, he led a group of Protestant nobles intent on overthrowing Catholic regent Mary Stuart. As the leader of the Reform movement and backed by the Scottish Parliament, he framed the Confession of Faith and summoned the first General Assembly of the Reformed Church. By the time of his death, Catholicism in Scotland had been vanquished. Rowan Douglas W...
DID WE MISS SOMEONE?
CLICK HERE AND TELL US
WE'LL MAKE SURE
THEY'RE HERE A.S.A.P
Quick Facts 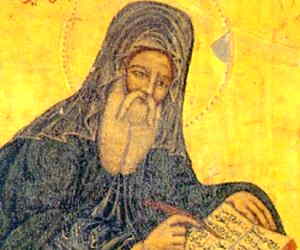 Scottish People
Scottish Men
University Of Glasgow
Scottish Intellectuals & Academics
Childhood & Early Life
John Knox was born in 1514 in or near Haddington, the county town of East Lothian, to William Knox, a farmer and Sinclair. His mother died when he was a child.
It is believed that he got primary education at the grammar school in Haddington and proceeded to further studies either at the University of St Andrews or of Glasgow. He studied under John Major, a supreme scholar of the time. 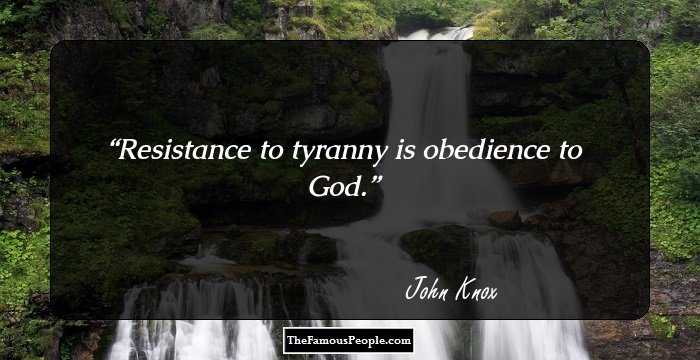 Quotes: God
Continue Reading Below
Career
As a priest and a notary in 1540, Knox tutored two sons of Hugh Douglas of Longniddry and the son of John Cockburn of Ormiston who embraced the new religious ideas of the Reformation.
Knox became the bodyguard of George Wishart, a reformer who had returned to Scotland. In 1545, Wishart was arrested and taken to the Castle of St Andrews at the behest of Cardinal Beaton.
Knox and his pupils became fugitives, but came to the Castle of St Andrews, after the Cardinal’ murder. He considered the Bible as his sole authority and the Pope Antichrist
Knox's chaplaincy ended when the French besieged the castle and took him and others as galley slaves. In February 1549, after spending a total of 19 months in the galley-prison, Knox was released
He took refuge in England where The Archbishop of Canterbury, Thomas Cranmer, and the regent of King Edward VI, were Protestant-minded. From his pulpit in Berwick-upon-Tweed, he preached Protestant doctrines as his congregation grew.
Appointed preacher of St Nicholas' Church in Newcastle, in1551, he was appointed as a royal chaplains serving the King. When John Dudley, 1st Duke of Northumberland, overthrew the regent, he condemned the coup d'état.
Knox was summoned to London to preach before the Court. There, he opposed idolatry and the practice of kneeling during communion. A compromise was reached with Black Rubric stating no adoration is intended while kneeling.
After Edward’s death in1554, he fled to Geneva and met French theologian John Calvin. He condemned Mary Tudor, Edward’ successor and accepted an invitation from a congregation of English exiles in Frankfurt.
Richard Cox, one of the authors of the Book of Common Prayer, brought Knox's pamphlet attacking the emperor to the attention of the Frankfurt authorities, who advised him to leave in 1555
Continue Reading Below
He returned to Scotland in 1555 and preached for nine months the reformed doctrines. Welcomed by the nobility and regarded as a threat by the bishops, he was forced to return to Geneva.
He returned to Scotland in 1559, and within days of his arrival, he preached a violent sermon at Perth (Scotland) against Catholic "idolatry," causing a riot which he condemned
The Protestants in Perth rebelled against the regent, who advanced with her troops from Stirling. A parley with the Congregation resulted in a treaty and the Protestants were to be allowed complete freedom of worship.
He next moved to St. Andrews, Stirling, and finally marched to Edinburgh, while the regent retreated to Dunbar and in 1559 he was chosen minister of the Edinburgh Protestants.
The Protestants militarily occupied more cities and by the Treaty of Berwick (1560), the English now under Protestant Elizabeth I, and the French, agreed to leave Scotland assuring the future of Protestantism in Scotland
The Parliament ordered Knox and five colleagues to write a Confession of Faith, the First Book of Discipline, and The Book of Common Order—Protestant faith was cast in a distinctly Calvinist mode. 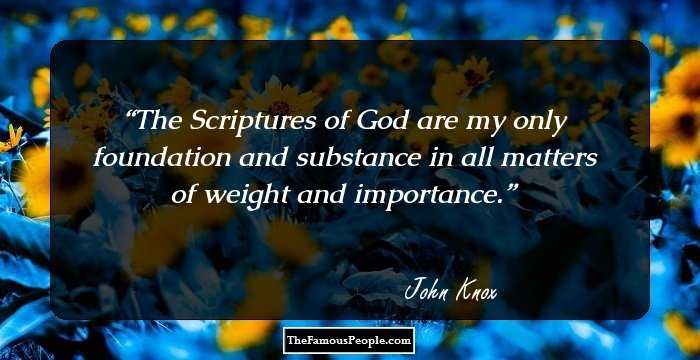 Major Works
In 1558, Knox published, First Blast of the Trumpet Against the Monstrous Regiment of Women, a polemical treatise against female sovereigns and their policies, but also against female rule over men generally.
The History of the Reformation in Scotland is a magnum opus written by Knox between 1559 and 1566. It has been used as an historical source since its full publication
Personal Life & Legacy
John Knox's first wife, Marjorie Bowes died early in his Edinburgh ministry and had two sons. In 1564, he married Margaret Stewart, who was seventeen and Knox three times as old and they had three daughters. 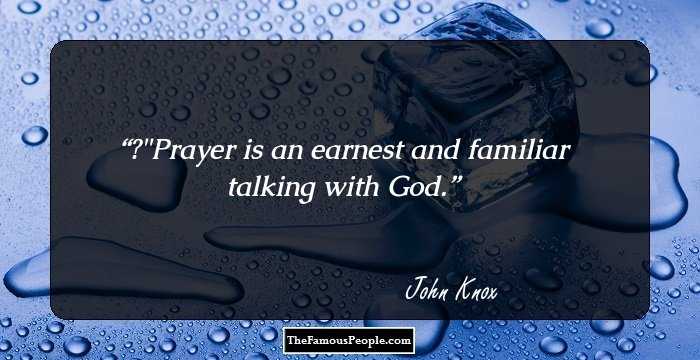 Quotes: God
Trivia
A man standing before this 16th century Protestant leader’s open grave said, "Here lies a man who neither flattered nor feared any flesh."
His gravesite at the Church of St Giles has been (along with various other graves) covered over by a visitors’ car park. He is buried under car park number 66.

See the events in life of John Knox in Chronological Order