The famous creator of the fictional character ‘Boysie Oakes’, John Gardner, is known for the spy and thriller novels he has written. However, people remember him more as a writer who continued the ‘James Bond’ series of novels, originally authored by Ian Fleming. Having almost fifty novels to his credit, sixteen of which were from James Bond series, Gardner was a prolific writer who has been regarded many as one of the greatest writers in the espionage genre. His novels are known for their light comic appeal, balanced with the suspense and the seriousness of the novels, which make his works fascinating reads. His books on ‘James Bond’ have been considered more ‘filmable’ than the original James Bond series, in the sense that, they are action-packed and have all the ingredients required for making a film. Both in terms of approach and writing style, Gardner differs from Ian Fleming a great deal. Critics have cited that Gardner wrote in a completely different way, not for the sake of writing differently from Fleming, but for the whole purpose of incorporating his own image of ‘James Bond’. Although the comparison between the original ‘Bond’ novels and its sequels by him will never cease to exist, yet Gardner’s works have been able to make an impact in the literary world. Read the article below to know more. British Celebrities
Novelists
British Men
St John's College, Cambridge
Male Spies
Childhood & Early Life
John Gardner was born on 20 November 1926 to Cyril Gardner and Lena Henderson, in a suburb of Northumberland. He attended the King Alfred's School in Wantage, where his family had moved in 1933.
When he was 13, he joined the ‘Home Guard’ (a secondary defense force during World War II) before being drafted in the Royal Navy Fleet Air Arm. Later, he served in the Royal Marines 42 Commando. After the war was over, he attended the St John's College, Cambridge, where he studied theology.
In 1953, he became an Anglican priest, but due to his lack of faith and devotion, he was released from the church in 1958.
He worked in the ‘Stratford-upon-Avon Herald’ as a drama critic and in 1964, after overcoming alcohol addiction; he published his book, ‘Spin the Bottle’, an autobiographical account. 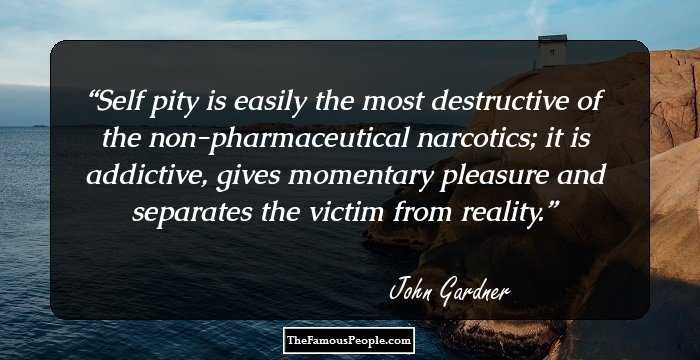 Who Is The Most Popular BTS Member?
Career
John Gardner completed and published his novel ‘The Liquidator’, in which he created his famous fictional character ‘Boysie Oakes’, a spy. The book was well-received and was even made into a movie.
After his initial success, he was requested by Glidrose Publications in 1979, to write the sequel to the famous ‘James Bond’ novels.
He wrote fourteen novels between 1981 and 1996. Though the novels received mixed critical reviews, they were successful commercially.
The first book was ‘Licence Renewed’ which was followed by ‘For Special Services’ in 1982.
In 1986, he published the fifth novel in the James Bond series, ‘Nobody Lives for Ever’. According to the critics it was much better than the previous novels and was considered the best of all the five novels he had written by then.
The seventh novel 'Scorpius', published in 1988, was also well-received. However, the ‘Win, Lose or Die’, released a year later, was criticized by most reviewers.
‘License to Kill’ released in 1989 was adapted into a movie and the next year, he published ‘Brokenclaw’, the tenth novel in the series.
In 1991, John Gardner published ‘The Man from Barbarossa’, which he considered his best novel in the ‘Bond’ series and was followed by ‘Death Is Forever’ the nest year.
‘COLD’ was the sixteenth and last James Bond novel by Gardner, which was later, retitled as ‘Cold Fall’ in the United States. Following the publication of this book, he took a break from writing, after he was diagnosed with oesophageal cancer.
Continue Reading Below
He resumed writing career and in 2000 came up with ‘Day of Absolution’. His last ‘Detective Sergeant Suzie Mountford’ novel titled, ‘No Human Enemy’ was released in 2007. 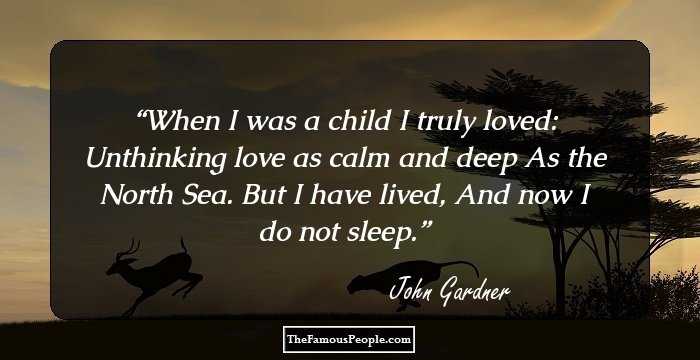 Quotes: Love, I
Major Works
‘The Liquidator’, a thriller, was one of the early novels by Gardner. The book was well-received and was praise highly by the ‘New York Times Book Review’.
John Gardner is remembered for the sixteen novels, he wrote to add to the existing ‘James Bond’ series. Of all the books ‘Nobody Lives for Ever’ and ‘Scorpius’ are considered the best.
Awards & Achievements
His novels ‘The Liquidator’, ‘The Dancing Dodo’, ‘The Nostradamus Traitor’ and ‘The Garden of Weapons’ were selected for the ‘Gold Dagger Award’ by the Crime Writers' Association, in the best crime novel category. 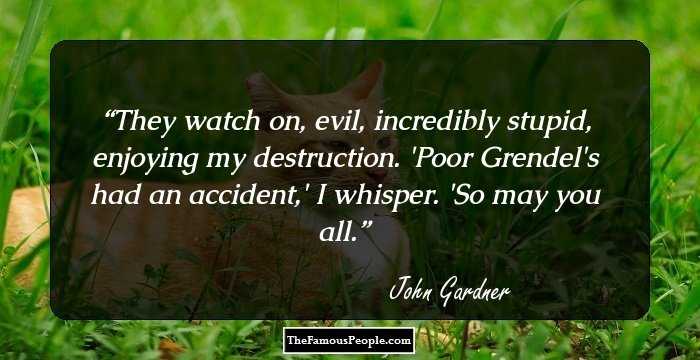 Quotes: You, I
Personal Life & Legacy
John Gardner married Margaret Mercer in 1952 and had two children with her, Simon and Alexis. He had another daughter from a long-term relationship with a woman named, Susan Wright.
In 1989, while in USA, he was diagnosed with cancer; its treatment cost him a fortune and left him bankrupt.
He returned to UK in 1996 and the following year, when his wife passed away unexpectedly, he quit writing temporarily.
John Gardner was suffering from prostate cancer, but six months later, he found out he also had oesophageal cancer. He died of heart failure on 3 August 2007, at the age of 80.
Trivia
This famous British writer who wrote the several sequels to the ‘James Bond’ novels, originally written by Ian Fleming, was a stage magician for some time, before pursuing a career in writing.
You May Like

Quotes By John Gardner | Quote Of The Day | Top 100 Quotes

See the events in life of John Gardner in Chronological Order