Advanced Search
John Astin is a legendary American actor, best known for his performance as ‘Gomez Addams,’ the head of the fictional ‘The Addams Family.’ The son of a physicist, who dreamt of being a mathematician, Astin ultimately made his mark as a renowned actor on stage, on TV, and in films, also working as a voice artist in some movies. Though not for his acting, Astin received an ‘Academy Award’ nomination for his short film ‘Prelude,’ a film that he wrote, produced, and directed. He has done more than 40 films and has appeared in numerous TV series. His crazy, popped-out eyes and equally exuberant presence helped him turn into an actor beyond comparison. It is only expected that someone with such high acumen in the field should impart knowledge to the younger generation. For the past 2 decades, John Astin has taught drama at the ‘John Hopkins University,’ his alma mater. Tom Cruise
30th March In History
DID WE MISS SOMEONE?
CLICK HERE AND TELL US
WE'LL MAKE SURE
THEY'RE HERE A.S.A.P
Quick Facts 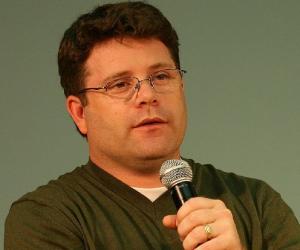 See the events in life of John Astin in Chronological Order