Joey King is an American actor who is best known for her performance as a child actor in the comedy film ‘Ramona and Beezus.’ Born and raised in Los Angeles, California, Joey has been active in Hollywood ever since she was 4 years old. Although her parents had no connection with the industry, her grandmother performed in live theater occasionally. Her grandmother’s influence had Joey venturing into the acting world at a tender age. Joey appeared in a commercial for ‘Life Cereal’ at the age of 4. Soon, she started auditioning for film and TV roles. In 2006, she made her TV debut with the ‘Disney’ series ‘The Suite Life of Zack & Cody.’ The following year, she appeared on the big screen for the first time, with the film ‘Reign over Me.’ She then starred in the 2010 comedy film ‘Ramona and Beezus,’ where she played the titular role of ‘Ramona Quimby.’ In the following years, she appeared in many more films and TV series and established herself as an accomplished teenage actor. Sadie Sink
30th July In History
DID WE MISS SOMEONE?
CLICK HERE AND TELL US
WE'LL MAKE SURE
THEY'RE HERE A.S.A.P
Quick Facts

See the events in life of Joey King in Chronological Order 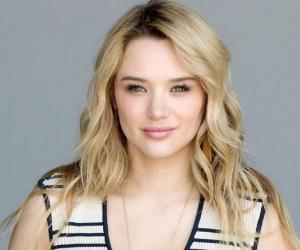