Joel Schiffman is an American financier and entrepreneur who is better known as the partner of broadcast journalist, television personality and author Hoda Kotb. He serves as Vice President and Director of Financial Institutions for Janus Henderson Investors, a New York based company. In his long career spanning over three decades, he has changed several companies and has worked for Kidder Peabody; Smith Barney; Trail Ridge Capital, LLC; Reed, Connor & Birdwell; Lord, Abbett & Co. LLC; and Columbia Management. While he stays away from the spotlight, due to his partner's work in front of the camera, he has appeared on news several times in the past, more so after the two adopted a baby daughter together in early 2017. Wilfred Owen
21st March In History
DID WE MISS SOMEONE?
CLICK HERE AND TELL US
WE'LL MAKE SURE
THEY'RE HERE A.S.A.P
Quick Facts

American People
University Of California, Los Angeles
Wharton School Of The University Of Pennsylvania
Aries Men
Rise to Stardom
Joel Schiffman joined Kidder Peabody in Los Angeles as the Senior Vice President in 1987. During his seven-year stay there, he transformed the retail investment brokerage business to an institutional consulting practice. In 1994, he moved to Smith Barney in Denver, Colorado as a Consulting Group Director. He left the company in November 2003 and joined Trail Ridge Capital, LLC, also in Denver, as the Principal, Director of Marketing. He worked there for almost two years and was responsible for developing and executing a sales and marketing strategy for a start up hedge fund.
In September 2005, he returned to Los Angeles and joined Reed, Connor & Birdwell as its Senior Vice President for Business Development and Client Services. He next shifted to Jersey City, New Jersey, to work as the Director of Retirement Platform Relationships at Lord, Abbett & Co. LLC in June 2008. For two years since August 2013, he served as the Senior Relationship Manager, National Accounts, for Columbia Management in the Greater New York City Area. Most recently, he moved to Janus Henderson Investors U.S. as its Vice President and Director of Financial Institutions in August 2015 and has been working in that position ever since. Already established in his own field, he has been dating successful broadcast journalist, Hoda Kotb, since 2013, however, the two kept the relationship secret for a long time. He gained public exposure after 'The Daily Mail' revealed details about their affair in January 2015.
You May Like

The Hottest Male Celebrities With The Best Abs
Continue Reading Below
Personal Life
Joel Schiffman was born on March 21, 1958. He attended the University of California, Los Angeles from 1976 to 1981 and completed his graduation with a Bachelor’s Degree in Economics from there. At university, he was part of the Sigma Alpha Epsilon fraternity and was a member of the UCLA Rugby Team. Later, in 1994, he entered the Wharton School of Business at the University of Pennsylvania and earned a certification in Investment Management Analysis (CIMA) the following year.
Relationships
Joel Schiffman first met Hoda Kotb at a speaking event hosted by Wall Street Professionals in 2013. They kept in touch via email after the event ended, and later began dating. Interestingly, Hoda, who was initially reluctant to attend the event, later mentioned that the decision to go there was the best decision she had ever made. While the two have been together since 2013, it was not until January 20, 2015 that the news of their relationship was made public by 'The Daily Mail'. Since then, Hoda has freely talked about the relationship several times.
In late 2016, the two finally moved in together in an apartment that they had purchased together. In February 2017, they announced that they had adopted a daughter named Haley Joy Kobt. While they co-parent the child together, they were advised by the adoption agency not to use his surname as it would have created complications during the adoption process. One year later, in January 2018, Hoda told on 'The Ellen DeGeneres Show' that she had talked to Joel about adopting a baby together and gave him enough time to think over it carefully, but he was ready instantly. She had also mentioned that they were in no hurry to get married. Later in September, she was asked on 'Watch What Happens Live with Andy Cohen' if they were going to be like Goldie Hawn and Kurt Russell, who are happily together for 35 years and are not married. She admitted that she likes their vibe.
While the two may not get married at all, both of them were previously married. The identity of Joel's first wife is unknown, but he has a daughter named Kyle, a law student, from his first marriage. Hoda had been married to former University of New Orleans tennis coach Burzis Kanga from 2005 to 2008. She is a breast cancer survivor who had allowed the 'Today Show' to document her battle with cancer in 2007.
You May Like 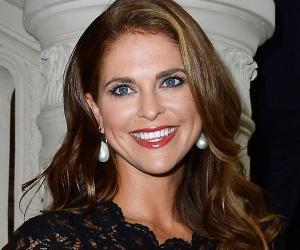