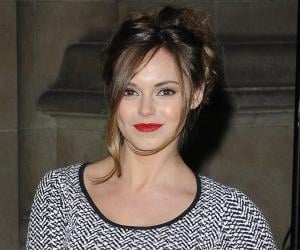 British People
Comedians
British Men
Male Writers
Scorpio Actors
Career
Joe Thomas began acting after joining the University of Cambridge drama club, Footlights. He performed with other University of Cambridge students at the Edinburgh Fringe Festival in a production of ‘All's Well That Ends Wel’l directed by author Duncan Barrett. He met Jonny Sweet, a fellow Pembroke graduate at Footlights. The duo wrote a double act ‘The Jonny and Joe show’ and performed it at the Edinburgh Fringe Festival. He also met Simon Bird at Footlights, both of them went on to get cast on ‘The Inbetweeners’ show.
In 2008 Joe Thomas was cast in ‘The Inbetweeners’ which proved to be his big break. The series went on until 2010. The success of the series gave birth to two feature films ‘The Inbetweeners Movie’ in 2011 and ‘The Inbetweeners 2’ in 2014. In 2011 he wrote a satirical drama called ‘Chickens’ along with Sweet which revolved around three men who chose not to fight in World War I. Chickens made its debut in 2011 and a full series was commissioned.
After the famous series, he starred in a comedy-drama series ‘Fresh Meat’ as Kingsley Owen in 2011. The show went on until 2016. In 2011, he also played the role of a Maths teacher in the first episode of the second series of ‘Threesome’ in 2012. In 2016 he was cast in the movie ‘The Dark Universe’. In 2017, he began acting in the sitcom ‘White Gold’, along with his fellow ‘The Inbetweeners’ co-star James Buckley. He helped write the second season of ‘White Gold’. He appeared in the movie ‘The Festival’ in 2018.
You May Like

British Actors
Scorpio Writers
Male Comedians
British Writers
Continue Reading Below
Family & Personal Life
Joe Thomas was born on October 28, 1983, in Chelmsford, Essex. He has three brothers and Joe Thomas is eldest among the siblings. He attended King Edward VI Grammar School in Chelmsford after which he graduated from the University of Cambridge’s Pembroke College. He has a degree in History at Pembroke College and graduated with a 2:1 degree in 2006.
In 2010, Joe Thomas got into a relationship with Hannah Tointon, his co-star on ‘The Inbetweeners’ show. His on-screen character dated Tointon’s on-screen character, Tara. The couple got engaged in early-2017 after seven years of dating.
Recommended Lists: