Jim Caviezel is an American actor best known for playing Jesus Christ in the 2004 Mel Gibson's controversial movie, ‘The Passion of the Christ’. His other notable works include ‘Bobby Jones: Stroke of Genius’, ‘Frequency’, ‘TheCount of Monte Cristo’, ‘Angel Eyes’, ‘Déjà Vu’ and ‘The Thin Red Line’. Jim has also been part of a few TV series such as ‘The Wonder Years’, ‘Murder, She Wrote’ and ‘Person of Interest’. Besides being an actor, he is also an occasional car racer. Jim's fantastic ability to play a variety of characters, especially the ones that undergo extreme pain and torture, had onceled to his acting coach John Kirbyaddressing him as a spiritual centre. Over the years,Jim has been a sensational actor and a real darling of the crowd. Ezra Miller
Actors #499
Film & Theater Personalities #1100
Continue Reading Below
DID WE MISS SOMEONE?
CLICK HERE AND TELL US
WE'LL MAKE SURE
THEY'RE HERE A.S.A.P
Quick Facts

American People
American Men
Washington Actors
Tall Celebrities
Tall Male Celebrities
Childhood & Early Life
Jim was born James Patrick Caviezel on September 26, 1968 in Mount Vernon, Washington. He was born to Margaret, a former stage actress, and James Caviezel, a chiropractor.
Jim has four siblings –a younger brother named Timothy and three sisters namely Ann, Amy and Erin.
Jim belongs to a closely knit Catholic family. He is of Irish, Swiss and Slovak descent.
His two main interests while growing up were sports and religion. He was athletically gifted to be able to perform well ona basketball court and dreamed of playing in the NBA. From a very young age, he visited the Church regularly with his family and was given life lessons based on Christianity.
In 1984, he went to Mount Vernon High School but moved into O'Dea High School after two years. The following year, he was transferred to John F. Kennedy Memorial High School in Burien, Washington, where he was a star basketball player for his school team. He graduated in 1987.
After finishing his schooling, Jim enrolled at Bellevue College, where he was once again selected for the college basketball team.
A foot injury while playing a basketball match put an end to Jim's basketball career and his dreams of playing in the NBA. While recovering from his injury, he developed interesttowards acting and decided to turn his focus towards it.
Following this decision, Jim enrolled himself at the University of Washington, Seattle and earned a degree in drama and performing arts. He later attended a professional acting program at the University of Southern California. 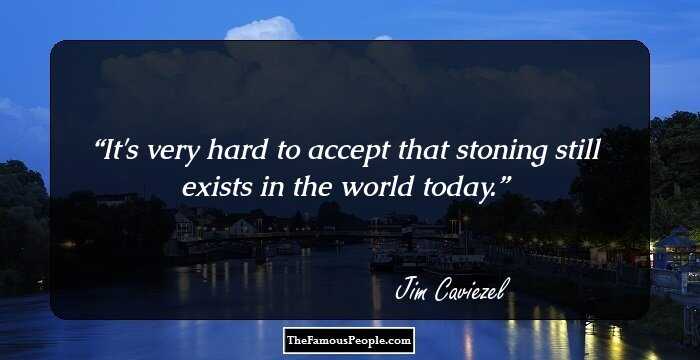 Who Is The Most Popular BTS Member?
Career
Jim began his professional acting career through stage shows in Seattle. He appeared in plays such as ‘The Matchmaker’ and ‘Come Blow Your Horn’.
His first film role came in 1991 when he played a minor role in the film,‘My Own Private Idaho’. Though he only had two lines, playing the role of an Airline Clerk, his performance was spot on.
Jim moved to Los Angeles where he auditioned for roles and side by side worked as a waiter to earn his pocket money.
Some of his earlier roles were on television, including a guest appearance as a basketball player in the series, ‘The Wonder Years’.
Jim was offered a small role in the film, ‘Wyatt Earp’, which he decided to take up. Around that time, he was diagnosed with Attention Deficit and Hyperactivity Disorder. He also haddyslexia problems.
From 1996 to 1997, Jim appeared in small roles in Hollywood films of varying quality. He gothis first big break when he was cast in the 1998 film, ‘The Thin Red Line’.
His brilliant acting skills brought him more quality roles. Director Ang Lee cast him as the lead in his Civil War drama, ‘Ride with the Devil’. In 2000, Jim played the lead in ‘Frequency’, a popular dramatic film about time travel.
The following year, Jim played the male lead in the thriller, ‘Angel Eyes’. He gained notoriety while working in the film because he refused to do a nude love scene with Lopez as he believed that it would disrespect his relationship with his wife.
Despite such stances, Jim's acting career continued to progress. In 2002, he played the lead in an adaptation ofa classic novel by Alexander Dumas, titled‘The Count of Monte Cristo’.
Continue Reading Below
Caviezel is known for his intense preparations for his film roles, and ‘The Count of Monte Cristo’ was no exception. In addition to reading the book, he also researched about the author. He also learned fencing and other skills required to play the role.
In 2002, he played a supporting role in the thriller, ‘High Crimes’, followed by another dramatic thriller, ‘Highwaymen’.
Jim's next film brought him the never seen beforeattention that he was seeking for. A meeting with Mel Gibson led Jim to be cast in his next film, ‘The Passion of the Christ’. With an initial apprehension about Jim being odd to play Christ, the director finally zeroed in on him to play the role. His soulful eyes qualified him as the fittest to playJesus Christ in the film.
Jim had to learn Aramaic, Hebrew and Latin for the role and underwent eight hours of makeup, most days of the shoot.
Post the release of the film he was highly praised for his acting skills. But the accolades couldn't save the movie from being prey to controversies. Some critics had problems with the violent and brutal depiction of how Christ was beaten and crucified.
Jim followed it up with two other films in 2004. He played the famous golfer Bobby Jones in the independent film, ‘Stroke of Genius’. He also appeared as a villain in the science-fiction thriller, ‘The Final Cut’ which co-starred Robin Williams and Mira Sorvino. 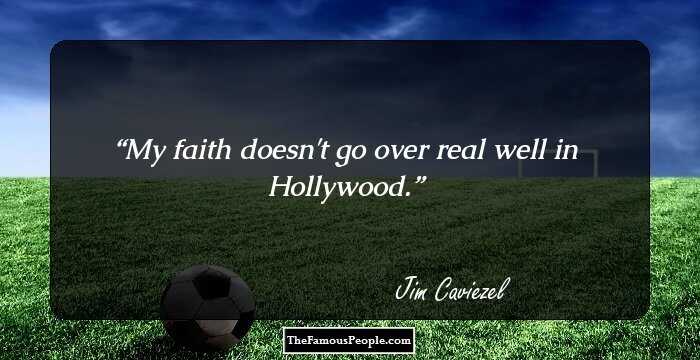 Film Career
The Thin Red Line – Jim got his major break with this war film which was an adaptation of a novel by James Jones. Released on December 25, 1998, Jim played the character of Private Witt, a native of Kentucky.
Frequency – Jim played the lead in this popular dramatic film about time travel. He played John Sullivan, a homicide cop who lives in contemporary New York City. The film released on April 28, 2000 and received positive reviews.
The Passion of the Christ – This is the most controversial film in Jim's acting career thus far. He played Jesus Christ in this film, which focused on the last hours of Christ's life. Released on February 25, 2004, the film was banned in many countries due to its violent content and was condemned as being anti-Semitic.
Personal Life
Jim got married to Kerri Browitt on July 20, 1996. They met on a blind date.
Kerri is an English teacher and flutist. The couple adopted three Chinese children. 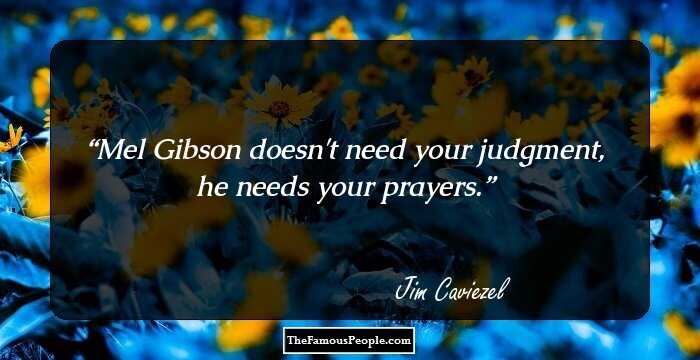 Trivia
While filming a scene for 'The Passion of the Christ', an actor accidentally whipped Jim twice after missing the boarding that was protecting his back.
During the Sermon on the Mount scene, he was struck by lightning.

Quotes By Jim Caviezel | Quote Of The Day | Top 100 Quotes

See the events in life of Jim Caviezel in Chronological Order