JillianTubeHD is an American YouTuber and social media influencer with over a million subscribers on her channel as of March 2018. As her parents have decided to keep their surname a secret due to security reasons, she is known online simply as Jillian. The younger sister of YouTuber EvanTubeHD—one of the most successful and popular young creators on the platform—Jillian set up her own channel in March 2013. However, she waited until January 2016 to upload her first video. Since then, her personal image as a social media influencer has grown slowly but steadily and she has found her own audience beyond the spotlight of her brother’s fame. She mostly posts challenge videos, vlogs, and piano recitals. Skylynn Floyd
Vloggers #553
Instagram Stars #114
DID WE MISS SOMEONE?
CLICK HERE AND TELL US
WE'LL MAKE SURE
THEY'RE HERE A.S.A.P
Quick Facts

American People
Pennsylvania YouTubers
Libra Youtubers
Female Vloggers
Female YouTubers
The Meteoric Rise to Fame
The family’s journey to internet stardom began in late 2011, when Evan approached his father, who is an amateur filmmaker, about a potential YouTube channel. Initially, for both of them, it was a way of bonding with each other. The channel, EvanTubeHD, was set up on September 20, 2011, and they posted their first video that very day. Since then, the channel has grown exponentially, garnering over 5 million subscribers. They have also launched four more channels, EvanTubeRaw (for vlogging), EvanTubeGaming (for gaming), DTSings (for music), and Jillian’s JillianTubeHD.
Recommended Lists:

Libra Female
On March 11, 2013, when she was only four years old, her parents decided to set up a channel for her and name it after her online persona JillianTubeHD. The idea was to attract the younger audience members who were not that interested in Evan’s content, which primarily focused on toys, gaming, and challenges. It proved to be a smart and sensible move. Jillian, with her natural charm and charisma, began to attract young girls—who find in her an ideal same-aged role model—to her channel.
In January 2018, she reached one million subscribers and as of March 2018, she has just over 1 million 86 thousand subscribers. Besides YouTube, Jillian is not that active on other platforms of social media although her parents have set up a Facebook page for her.

Who Is The Most Popular BTS Member?
Continue Reading Below
Personal Life
Jillian was born on October 3, 2008, in Pennsylvania. Her parents are Jared and Alisa. She has an older brother, Evan. The family has a Goldendoodle named Chloe.
Her parents are well aware of the dangers of too much exposure on social media. They are striving to maintain a level of privacy for their children as they are growing up in front of millions of viewers. Not only have they kept their surname a secret, they have also not mentioned where exactly they live. For a long time, Jared and Alisa went by their YouTube aliases on social media, DaddyTube and MommyTube, respectively. 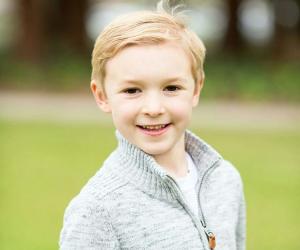