Jessica Raine is an English actress, best known for her role as ‘Jenny Lee’ in the BBC One drama series ‘Call the Midwife.’ She was raised by a farmer father and a nurse mother. Her mother had a dance background, which encouraged Jessica to pursue performance arts. Jessica developed keen interest in acting at the age of 13 and took acting lesson at the ‘Royal Academy of Dramatic Art.’ After forging a successful career as a theatre actress, she made her on-screen debut in a single episode of the series ‘Garrow’s Law.’ In 2010, she received a huge breakthrough when she was signed to play a supporting role in the Russell Crowe starrer ‘Robin Hood.’ She later appeared in key roles in television miniseries ‘Wolf Hall’ and ‘Jericho.’ She received critical appreciation for her role in the television film ‘An Adventure in Space and Time.’ She has also played pivotal roles in feature films, such as ‘The Woman in Black’ and ‘Carmilla.’ 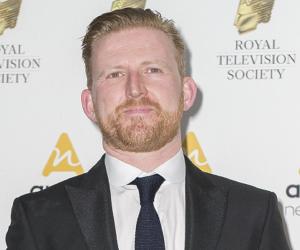 Talulah Riley
Actresses #1475
Film & Theater Personalities #3400
DID WE MISS SOMEONE?
CLICK HERE AND TELL US
WE'LL MAKE SURE
THEY'RE HERE A.S.A.P
Quick Facts

Notable Alumni: University Of The West Of England, Bristol

education: Royal Academy Of Dramatic Art, University of the West of England, Bristol

British People
Royal Academy Of Dramatic Art
Taurus Actresses
British Actresses
Actresses Who Are In Their 40s
Childhood & Early Life
Jessica Raine was born Jessica Helen Lloyd, on May 20, 1982, in Eardisley, Herefordshire, to Allan and Sue Lloyd. Her father worked as a farmer and raised Jessica at his family farm. His mother worked as a nurse; she had also learnt dancing, which may have inspired Jessica to take-up performing arts. She was raised along with her elder sister.
Her father worked as a farmer, but he was a part-time actor as well, and acted in the local theatre; Jessica picked up the passion for acting from her father. By the age of 13, she had made up her mind to pursue acting career.
She began acting in her school plays; her first ever performance was that of a robot. She studied theatre in higher classes and then enrolled at ‘Hereford College of Arts.’
Following her high school graduation, she enrolled at the ‘University of the West of England, Bristol, to study drama and cultural studies. As she wanted to learn professional acting, she applied at various acting schools in England, including the ‘Royal Academy of Dramatic Art,’ but she was rejected at every place.
To overcome her frustration, she moved to Thailand and began teaching English. One year later, she moved back to England and reapplied at the ‘RADA.’ This time she got in and began her training in the art of acting.
Continue Reading Below
You May Like

The Hottest Male Celebrities With The Best Abs
Career
Following her graduation from the ‘RADA’ in 2008, Jessica embarked on a successful stage career. She played pivotal roles in plays such as ‘Gethsemane’ and ‘Harper Regan.’ In the former, she played a 16 year-old girl while she was in her mid-20s, and received accolades for her performance.
She later joined the ‘National Theatre’ and appeared in plays, such as ‘Earthquakes in London’ and ‘Rocket to the Moon.’
She won the ‘Manchester Evening News Award’ for the ‘Best Supporting Actress’ for her roles in ‘Ghosts’ and ‘Punk Rock.’ Even after her screen acting career had taken-off, she kept acting in plays, in productions such as ‘The Changeling.’
In 2009, she made her television debut, playing a small role as ‘Anne Porter’ in the series ‘Garrow’s Law.’
She received a huge break in 2010, as ‘Isabel of Gloucester’ in the epic historical drama ‘Robin Hood.’ The film starred Russell Crowe and was a big critical and commercial success.
After ‘Robin Hood,’ she appeared in one of the lead roles in the short film ‘Elsewhere,’ wherein she portrayed ‘Cath.’
In 2012, she received yet another huge break when she appeared as a Nanny in the horror-drama film ‘The Woman in Black.’ The film, which starred Daniel Radcliffe in the lead role, was a huge critical and commercial success and proved to be the real breakthrough of her career.
The year 2012 proved a successful one for her acting career, as she played an important role of her career; she appeared in the lead role as ‘Jennifer Lee’ aka Jenny Lee in the BBC Period drama series ‘Call the Midwife,’ set in London around the late 1950s. She played a nursing sister in the series, which also starred Jenny Agutter and Pam Ferris in the lead roles. It is one of the most critically and commercially acclaimed British series’ of current time and won several awards and accolades.
In 2013, she impressed the critics and the viewers with her performance as one of the lead characters in the television film ‘An Adventure in Space and Time.’
In 2015, Jessica appeared in supporting roles in series’ such as ‘Wolf Hall’, ‘Fortitude,’ and ‘Partners in Crime’.
The next year (2016), she appeared in another supporting role in the miniseries ‘Jericho.’
In 2018, she played one of the key roles in the drama mini-series ‘Patrick Melrose,’ which starred Benedict Cumberbatch in the lead role. The series received critical as well as commercial success.
Jessica has also appeared in the mini-series ‘Informer’ and the series ‘Baptiste.’
She has recently worked in films such as ‘Carmilla’ and ‘Benjamin.’
Family & Personal Life
Jessica Raine met actor Tom Goodman-Hill while working on a play. After 5 years of courtship, the couple got married in 2015.
In February 2019, she gave birth to her first child.
She was five months pregnant when she worked in ‘Baptiste.’
You May Like

See the events in life of Jessica Raine in Chronological Order