DID WE MISS SOMEONE?
CLICK HERE AND TELL US
WE'LL MAKE SURE
THEY'RE HERE A.S.A.P
Popularity Index
35
Lawyers #359
Lawyers & Judges #428
Quick Facts

Also Known As: Jeremy B. Bash 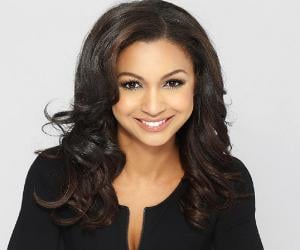 Who is Jeremy Bash?

Jeremy B Bash is a noted American attorney, well known for his contributions to the nation’s security during the Obama regime. He began his career as an intern for Senator Chuck Robb soon after graduating from school. Later, he went to Georgetown University and then attended the Harvard School of Law, simultaneously working for District Judge Leonie Brinkema in the Eastern District of Virginia. A year after receiving his degree in jurisprudence, he shifted to Washington D.C, where he joined the 2000 presidential campaign for Al Gore as the Defense and Foreign Policy Director. Thereafter, he served in various capacities, eventually being picked up as the Chief of Staff, first at CIA and then in the Department of Defense. He took many key policy decisions during this period. Currently, he is serving as the Managing Director of Beacon Global Strategies LLC. That apart, he also serves as a security analyst at various television news channels. Harvard Law School
Georgetown University
Male Lawyers
American Lawyers
Childhood & Early Years
Jeremy Bash was born on August 13, 1971, in Arlington, Virginia. His father, Marvin Bash, is the chief rabbi of the Arlington Fairfax Jewish Congregation. His mother, Deborah Blumenthal Bash, retired as the program director of the Graduate Education Nurse-Midwifery Program at Georgetown University.
Jeremy has two elder siblings, a brother named Rachmiel, born in 1963 and a sister named Gila, born in 1964. That apart, he also has a twin sister, whose name is not known.
He grew an interest in law while studying at Charles E. Smith Jewish Day School, from where he graduated in 1989. Thereafter, he served for a short period as an intern for Senator Chuck Robb, opening his mail, manually clipping and taping up newspaper articles, and Xeroxing the clips.
In 1989, he entered Georgetown University, where he became the editor-in-chief of its student newspaper, ‘The Hoya’. He was also elected to Phi Beta Kappa and graduated magna cum laude, earning his B.A. degree in Political Science and Government in 1993.
In 1995, he entered Harvard Law School, earning his Doctorate in Law (J.D.) degree from there in 1998. For a time, he also served as an editor of the ‘Harvard Law Review.’
Continue Reading Below
You May Like

American Lawyers & Judges
Leo Men
Career
Long before graduating from Harvard Law School, Jeremy Bash had started his career as a clerk for Leonie Brinkema, U.S. District Judge in the Eastern District of Virginia, continuing to work in this capacity until 1999. Eventually, he was admitted to the bars of Eastern District of Virginia, where he started practicing.
In 2000, he moved to Washington DC, where he served as an associate at Fontheim International, remaining with them from January to July. In August, he was selected as the Defense and Foreign Policy Director for the Democratic Presidential nominee, Al Gore, serving in that capacity till November.
As the Defense and Foreign Policy Director, he not only advised Gore, but also his surrogates and staff on subjects like national security policies, counter-terrorism, missile defense, Middle East peace process, etc. He also served on Gore’s legal team during the 36-day recount in Florida.
In January 2001, he joined O’Melveny & Myers, serving as an associate and a counsel in their Washington, DC office, remaining with them till February 2004. During this period, he mostly focused on litigations, high profile investigations and strategic counseling.
In 2004, he received appointment as the Chief Minority Counsel on the House Permanent Select Committee on Intelligence (HPSCI) of the U.S. House of Representatives, holding the position till December 2008. During this period, he worked mainly with Rep. Jane Harman and Rep. Silvestre Reyes.
As the Chief Minority Counsel on HPSCI, he was also involved with the Intelligence Committee of President Obama-Biden transition team. He assisted Leon Panetta through the confirmation process when his name was nominated for the post of the Director of Central Intelligence Agency.
When in February 2009, Panetta was sworn in as the Director of CIA, Bash was appointed as the Chief of Staff to the CIA Director, holding the position till June 2011. During this period, he assisted Panetta on a number of intelligence operations across the globe.
In July 2011, when Panetta was appointed the Secretary of Defense, Bash moved with him to become his Chief of Staff, remaining in the position till April 2013. During this period, he helped him in the creation of a new defense strategy, formation of two defense budgets, and planning counterterrorism operations.
In 2013, he cofounded Beacon Global Strategies LLC, with Philippe Reines, and Andrew Shapiro and is currently serving as its managing director. The firm specializes in matters of international policy, foreign affairs, national defense, homeland security, etc. He is also a national security analyst for NBC and MSNBC.
Awards & Achievements
Jeremy Bash has received many awards and medals. They include Department of Defense’s Distinguished Public Service Medal, the CIA Director’s Award, the Distinguished Intelligence Medal, and the Donovan Award from the National Clandestine Service.
In 2010, he was included in the list of the “Top 40 Civic Leaders Under 40” by ‘Times’ magazine.
Family & Personal Life
On September 6, 1998, Jeremy Bash married Dana Ruth Schwartz, at that time an assignment editor in the Washington bureau of the Cable News Network. They divorced in 2007.
In 2009, he married Robyn Cooke, whom he met in 2007. Currently, she is the Vice President of Government Relations and Public Policy Operations for the American Hospital Association. They have three daughters.
Trivia
Jeremy Bash, Philippe Reines, and Andrew Shapiro, the three cofounders of Beacon Global Strategies LLC, served in various governmental positions before coming together to form the firm.
You May Like

See the events in life of Jeremy Bash in Chronological Order 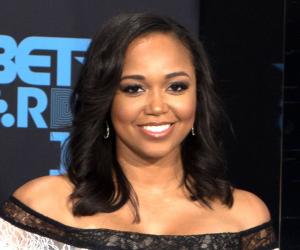 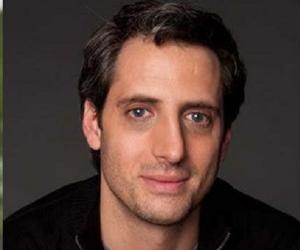