Advanced Search
Jason Segel is an American actor and comedian best known for his role as Marshall Eriksen in the CBS sitcom ‘How I Met Your Mother’. Prior to achieving fame on the sitcom he had worked with producer Judd Apatow on the television series ‘Freaks and Geeks’ and ‘Undeclared’. A talented actor with a goofy smile, Segel is also a screenwriter, author, musician and songwriter whose songs have been featured on several of his acting projects. Born in Los Angeles, he grew up to be a weird and gangly kid with an avid interest in movies. As a teenager, he became interested in acting and even started making his own movies. Tall and good looking, he got noticed by a film casting executive during a performance when he was 18. Judd Apatow cast him in a new television series called ‘Freaks and Geeks’, a high school dramatic comedy. The show ran for only a season but it gave the young actor enough exposure in American television. He appeared in a few other television projects and ventured into films as well. His already flourishing career took a turn for the better when he was offered a part in ‘How I Met Your Mother’ which made him one of the most recognized stars in American television. American People
Actors
Comedians
Screenwriters
American Men
Childhood & Early Life
Jason Segel was born on January 18, 1980, in Los Angeles, California, to Alvin Segel, a lawyer and Jillian, a homemaker. His father is Jewish and his mother is Christian. He has one brother and one sister.
His family is an affluent one and he received his education from the prestigious Harvard-Westlake School. He grew up to be a tall, well built and athletic teenager. He also developed an interest in acting during this time. He loved movies so much that he started making his own.
He got noticed by a film casting executive during a performance and decided to pursue acting full-time instead of going to college. 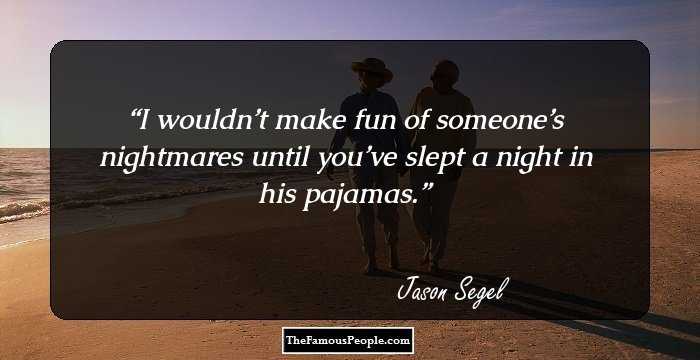 Quotes: I
Continue Reading Below
Career
Jason Segel landed his first acting role when he was 18. He auditioned for writer-director Judd Apatow who cast Segel in a new television series called ‘Freaks and Geeks’, a 1980s high school dramatic comedy. The show also featured James Franco, Seth Rogen and Linda Cardellini.
Even though ‘Freaks and Geeks’ ran for only one season (1999–2000), it made Segel a popular face. Apatow went on to create the sitcom ‘Undeclared’ as a follow-up to ‘Freaks and Geeks’. It was aired on Fox during the 2001–02 season.
He was offered the role of Marshall Eriksen, the best friend of the protagonist in the television sitcom ‘How I Met Your Mother’, in 2005. He proved to be very popular in this role and endeared himself to his fans with his goofy antics. The show became highly successful and ran for nine seasons before winding up in 2014.
In 2008 he wrote and starred in the romantic comedy-drama film ‘Forgetting Sarah Marshall’ which was co-produced by Segel’s longtime collaborator Judd Apatow. The film received positive reviews from critics and was a huge hit at the box office.
As an actor Segel is quite famous for his roles in bromantic comedies, and he lived up to his reputation with the 2009 film, ‘I Love You, Man’. He portrayed a man who is about to get married, but has no best friend to be the best man at his wedding. The film was both a critical as well as commercial success.
The year 2010 was a very busy one for him. He appeared in the comedy ‘Get Him to the Greek’ and also wrote most of the soundtrack's music. The same year he voiced Gru's arch-rival Vector in the Universal's CGI animated film, ‘Despicable Me’ and appeared as Horatio in a fantasy comedy film ‘Gulliver's Travels’.
He was involved with several projects in 2011 as well. He acted in the comedy ‘Bad Teacher’ which also starred Cameron Diaz and Justin Timberlake. Later the same year he helped revive the Muppets film franchise with the musical comedy ‘The Muppets’ which he co-wrote and produced.
In 2015 he portrayed noted writer David Foster Wallace in the drama film ‘The End of the Tour’. The film, which was based on a memoir by David Lipsky, received widespread acclaim from critics and was honored in numerous “Best of 2015" lists, including ‘The New York Times’ and ‘Vanity Fair’. 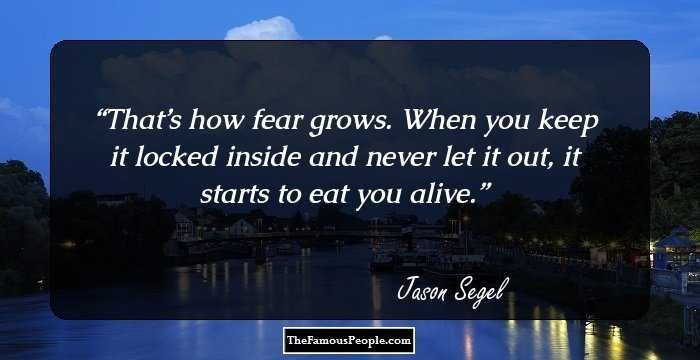 Quotes: You, Never, Fear
Major Works
Jason Segel is best known for his role of Marshall Eriksen in the sitcom ‘How I Met Your Mother’ in which he portrayed a lawyer with interest in paranormal activities. Famed for its unique structure and eccentric humor, the series was a huge success and ran for nine seasons, making Segel a well-known and successful actor.
Awards & Achievements
In 2011, he won the Critics Choice Award for Best Song (shared with Amy Adams and Bret McKenzie) for ‘The Muppets’. The same year he also received Chicago Film Critics Association Awards’ Lifetime Achievement Award.
He won Scott Brown Memorial You’ve Just Done Something for Women Award in 2014. 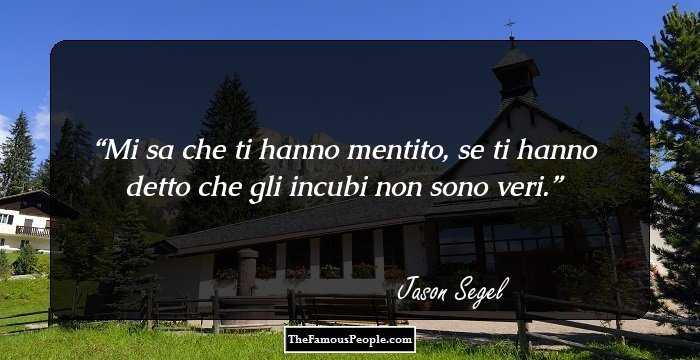 See the events in life of Jason Segel in Chronological Order