Accredited to be one of the greatest scientists ever, Scottish physicist James Maxwell was the man who propounded the classical theory of electromagnetic radiation. His discoveries are said to be of the same magnitude in their significance to physics as those of the great scientists Isaac Newton and Albert Einstein. He had demonstrated way back in the late 19th century that electric and magnetic fields travel through space as waves. He played a key role in the development of the phenomena which became known as the Maxwell-Boltzmann distribution. He was one of the earliest of the modern physicists whose research formed the basis for further studies in the fields of special relativity and quantum mechanics. Maxwell had displayed an innate curiosity about the things around him from a young age. His mother encouraged her son’s thirst for knowledge but unfortunately died when he was just eight years old. The little boy grew up to be a bright and intelligent young man whose works would one day greatly influence 20th century physics. Regarded as one of the brightest minds of his time, he also made significant contributions to mathematics, astronomy and engineering. The life of this brilliant scientist was tragically cut short by cancer which claimed him when he was just 48.
Continue Reading Below Scottish People
Mathematicians
Scottish Men
Male Scientists
Male Physicists
Childhood & Early Life
James Clerk Maxwell was born on 13 June 1831, in Edinburgh, to John Clerk and Frances Cay. His father was a lawyer and his family was quite well off. His parents had met and married when they were well into their thirties and had lost a baby girl in infancy. He was born when his mother was 40 years old.
He was very intelligent and curious as a little boy and his mother encouraged the boy in his quest for knowledge. But his mother unfortunately died of cancer when the boy was just eight.
His father and an aunt became responsible for little James’ upbringing. He received his early education from a tutor. However, the tutor was not much helpful and his father sent the boy to the Edinburgh Academy.
He met Lewis Campbell and Peter Guthrie Tait at the academy; these boys would become notable scholars in future and the three remained friends for life.
He wrote his first scientific paper when he was 14. This work, ‘Oval Curves’ was presented to the Royal Society of Edinburgh by a professor as Maxwell himself was too young to present that.
After leaving the academy in 1847 he began attending classes at the University of Edinburgh. Here he studied under Sir William Hamilton who taught logic and metaphysics, and Phillip Kelland who taught mathematics.
During his free time he would conduct experiments with chemical, electrical and magnetic apparatuses. During his experiments with polarized lights he discovered photoelasticity.
Even though still in his teens, he had become an accomplished mathematician and had published several papers. He went to attend the University of Cambridge in 1850 and graduated with a degree in mathematics in 1854. He was made a fellow of the Trinity in 1855. 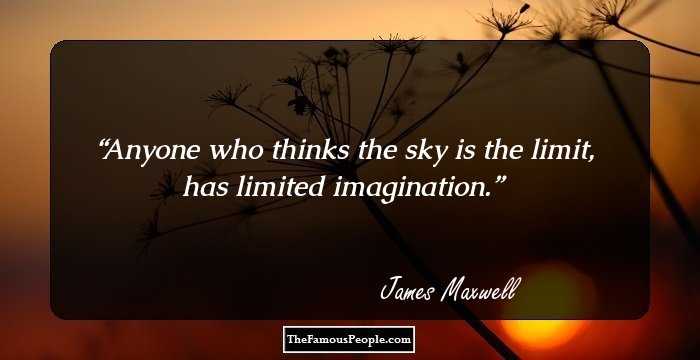 Famous Beautiful Women With Green Eyes
Career
He accepted a position as professor of physics at Marischal College, Aberdeen, in 1856. He was just 25 years old at that time! A few years later he became the professor of natural philosophy at King’s College London.
Over the next few years he experimented on color photography and developed his ideas on the viscosity of gases and proposed what came to be known as dimensional analysis.
During the late 1850s and 1860s, he made many noteworthy discoveries in the electric and magnetic fields. His paper ‘On Physical Lines of Force’ was published in 1861.
He resigned from King’s College in 1865. He published the paper ‘On Reciprocal figures, frames, and diagrams of forces’ in 1870, and the textbook ‘Theory of Heat’ in 1871.
In 1871, he became the professor of Experimental Physics at Cambridge and directed the newly created Cavendish Laboratory where the next generation physicists carried forward his work over the next several decades.
He established the Maxwell’s thermodynamic relations in 1871 and constructed a plaster thermodynamic visualization in 1874 which was a way of exploring transitions based on Josiah Willard Gibb’s thermodynamics papers.
He supervised the development of the laboratory including the purchase of the apparatus. He edited the research of Henry Cavendish and also provided some invaluable original notes on it. Unfortunately, this would be one of his last major works as he was diagnosed with cancer during the 1870s. 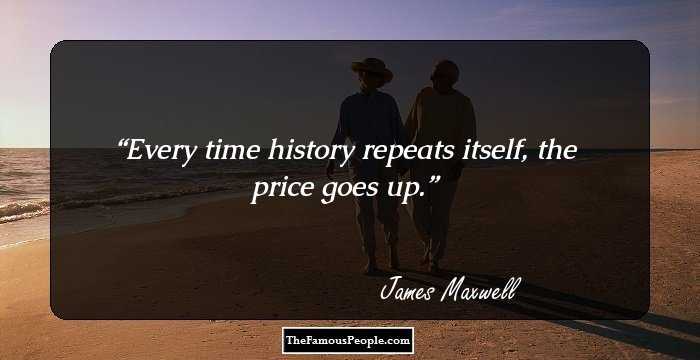 Quotes: Time, History
Major Works
Maxwell gave the classical theory of electromagnetic radiation, which unified electricity, magnetism, and light as manifestations of the same phenomenon. His equations for electromagnetism are considered the "second great unification in physics" after the first one realised by Isaac Newton. The unification of light and electrical phenomena led to the prediction of the existence of radio waves.
The development of the Maxwell–Boltzmann distribution is one of his biggest contributions to physics. This distribution described particle speeds in idealized gases where the particles move freely and have brief collisions with each other.
Awards & Achievements
In 1859, he was awarded Adams Prize of £130 for his essay ‘On the Stability of the motion of Saturn’s rings’.
He was bestowed with the Royal Society’s Rumford Medal in 1860 for his work of color. 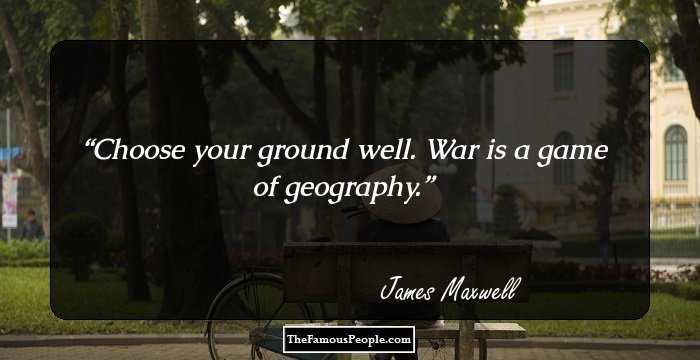 Quotes: War
Personal Life & Legacy
He married Katherine Mary Dewar in 1858. His wife, the daughter of a college principal, helped him in his experiments. The couple had no children, and was very devoted towards each other.
He became ill with abdominal cancer and died on 5 November 1879 at the age of 48. Years ago, his mother had died of the same disease at the same age.
A mountain range on Venus, Maxwell Montes, is named in his honor as is the Maxwell Gap in the Rings of Saturn.
You May Like

Quotes By James Maxwell | Quote Of The Day | Top 100 Quotes

See the events in life of James Maxwell in Chronological Order 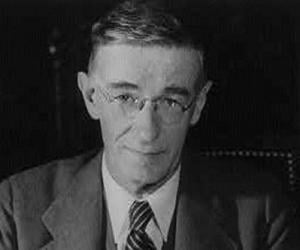