Advanced Search
James Dougherty was the first husband of famous Hollywood actress Marilyn Monroe. He was an American police officer who had also served in the Navy. Prior to joining the Navy, he worked at the Lockheed Aircraft Corporation. He was married to Norma Jeane, a.k.a. Marilyn Monroe, for four years from 1942 to 1946, before she became a star. While he followed her work throughout his life, he avoided the limelight till long after her death in 1962. In 1976, he published the book 'The Secret Happiness of Marilyn Monroe', in which he claimed that they were happily married for a couple years before his job in the seas and her emerging career in showbiz caused their divorce. He later published the memoir 'To Norma Jeane With Love, Jimmie', in 1997 and appeared in the documentary 'Marilyn’s Man', in 2004. He also served as an Androscoggin County commissioner in Maine and taught at the Maine Criminal Justice Academy. Margaret Sanger
12th April In History
DID WE MISS SOMEONE?
CLICK HERE AND TELL US
WE'LL MAKE SURE
THEY'RE HERE A.S.A.P
Quick Facts

Margaret Sanger
Rise to Stardom
James Dougherty, who had served in the Navy and was an officer for the Los Angeles Police Force, is most famous as the first husband of Marilyn Monroe. Despite being married to her only for four years and leading a quiet life away from spotlight for the most part of his life, he has often been mentioned in books and articles about Marilyn Monroe and made appearances in documentaries on her life. He also wrote a book and a memoir on her in his later years. A few years before his death, he gave interviews in which he talked about his relationship with her.
Continue Reading Below
Career
James Dougherty had a successful career detached from the entertainment industry. After completing his graduation, he began working at the Lockheed Aircraft Corporation, close to his residence. Shortly after his first marriage, he left the corporation to join the US Merchant Marines, and was stationed in Catalina Island for about a year. He was later sent to the Pacific and served in the US Navy during World War II. Following his discharge from the Navy, he became a police detective for LAPD.
Family & Personal Life
James 'Jimmy' Edward Dougherty was born on April 12, 1921 in Los Angeles, California, to Ethel and Edward Dougherty. He was the youngest of his parents' five children. He graduated from Van Nuys High School in 1938. He retired from LAPD in 1974 and lived the rest of his life in Arizona and Maine.
James Dougherty was introduced to a young Marilyn Monroe when she was known by her birth name Norma Jeane and was under the guardianship of Grace Goddard, a neighbour of the Doughertys. Monroe, who spent much of her childhood in foster homes because of her mother Gladys' psychiatric issues, was taken in by her mother's best friend Grace in June 1936. Grace had become good friends with James' mother Ethel, and after the Goddards moved to a house about a mile far, Grace asked James to drop Monroe and Grace's step-daughter to and from school.
Grace and Ethel even coerced James Doughherty to take Marilyn Monroe to a Christmas dance. The couple subsequently went on several dates and watched movies at Graumans Chinese Theatre. In 1942, when her husband got promoted and the family had to move to West Virginia, Grace was unable to take Monroe with her because she was still underage and the state law did not allow it. Instead of returning her to the orphanage, Grace and Ethel persuaded a 21-year-old James to marry Marilyn Monroe, who was almost 16.
On June 19, 1942, a few weeks after Marilyn Monroe’s 16th birthday, James and Marilyn got married. Soon after the marriage, James Dougherty joined the Navy and had to spend months away from her, which prompted the then-housewife Monroe to take a job at the Radioplane Munitions Factory. There, she was photographed by David Conover on behalf of the U.S. Army Air Forces’ First Motion Picture Unit for supporting the war effort. She was subsequently given modeling assignments by Conover and eventually entered the film industry by signing a contract with 20th Century Fox, which required that she was unmarried. Despite James' attempts to convince her, she decided to pursue acting, pushing for divorce from him, thus ending their four-year old marriage.
Later in 1947, James Dougherty married a woman named Patricia Scoman after two years of dating. They had three daughters named Mary Irene, Cheryl Ann, and Vivian Kathleen. They were married for 25 year before divorcing in 1972. He again married in 1974, this time to Rita Lambert, with whom he was married till her death in 2003.
James Dougherty died from leukemia on August 15, 2005 at San Rafael, California, and was survived by his three daughters and two step-daughters. 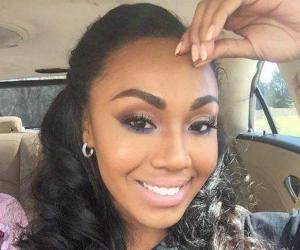 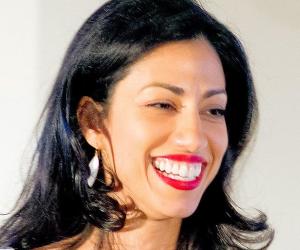 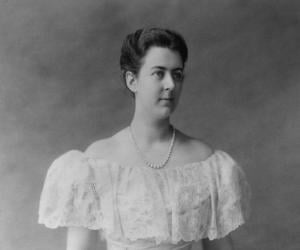