Who was Jackie Mason?

Widely regarded as one of the greatest stand-up comedians of all time, Jackie Mason was known for his impeccable comic timing and political satire that left audiences awe-struck and amused. His keen observation of the idiosyncrasies of modern day life and the ability to create humour out of it has earned him countless fans. A ‘rabbi’ turned comedian, Jackie Mason rose from very humble beginnings to become one of the most popular comedians in the American entertainment circuit. He gained fame on ‘The Ed Sullivan Show’ but unfortunately fell into Sullivan’s bad books over the now famous hand gesture that, stirred a bitter controversy. This incident blemished his reputation and affected his career for quite a while. However, he re-emerged even more successful with the one-man comedy show ‘The World According To Me’. After the success of the show on Broadway, Jackie Mason became one of the most popular entertainers in New York comic circle and subsequently established himself as one of the nation’s leading stand-up comedians. He was passionate about politics and was known for his outspoken views on political issues.

Born as Yacov Moshe Maza in Sheboygan, Wisconsin, to a Jewish family. He grew up in a family surrounded by ‘rabbis’, including his father and brothers.

His family moved to New York City when he was five years old and he grew up in the Lower East Side of Manhattan. He spent most part of formative years training to be a ‘rabbi’.

At the age of 25, following his holy ordainment, Jackie Mason spent three years in Latrobe, Pennsylvania as a ‘rabbi’, after which he resigned to become a comedian. 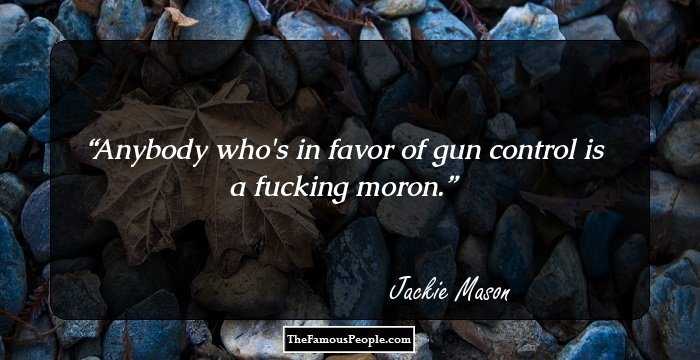 During the summer of 1955, Jackie Mason started working as a comedian at the Fieldston Hotel in Swan Lake, New York for a brief period of time. However, soon he was fired because the audience could not connect to his sense of humour.

In the 1960’s he appeared on and off on the ‘The Ed Sullivan Show’, an American TV ‘variety show’ that was broadcast on the CBS network.

His career took a set back after 1962 as he was accused of showing Ed Sullivan ‘The Finger’ on his show. This tarnished his image and it took him over a decade to revive his career.

In 1979, Jackie Mason appeared in the commercially successful hit film ‘The Jerk’, an American comedy directed by Carl Reiner and written by Steve Martin and Carl Reiner.

In the 1980’s, he started his own one-man comedy show called ‘The World According To Me’ in Hollywood and at Beverly Hills. The show was an immense success and did wonders for his career.

In 1986, ‘The World According To Me’ premiered on Broadway and Jackie Mason delivered his first performance for Broadway audiences. The show was a major hit among audiences and earned him the status of a gifted comedian in the New York entertainment circuit.

On May 2, 1988 his solo comedy show ‘The World According To Me’ opened at the Brooks Atkinson Theatre, New York.

In 1989, he played a minor role in the television sitcom ‘Chicken Soup’, an ABC series that was based on the relationship between an Irish woman and a Jewish man.

In 1992, he gave the voice-over of ‘Rabbi Hyman Krustofski’ for ‘The Simpsons’ episode of ‘Like Father, Like Clown’. He also appeared in subsequent episodes of ‘The Simpons’.

In 2005, Jackie Mason started his own daily talk show ‘The Jackie Mason Show’, which was broadcast on the CN8 network every Friday night from 8 to 8.30 p.m.

Along with his friend Raoul Lionel Felder, he hosted the weekly PBS television talk show ‘Crossing The Line’ and the BBC radio show ‘The Mason- Felder Report’.

From 2006 to 2008, Jackie Mason hosted a nationally syndicated radio program on the ‘The Talk Radio Network’. The show covered topics like current affairs, politics and he interviewed many prominent personalities.

In 2010, he starred in the full length feature film ‘One Angry Man’, directed by Peter LeDonne, the film is an adaptation of the Henry Fonda film ’12 Angry Men’.

In 2012, he was part of the video podcast ‘Answer Me This’ in order to promote his upcoming stand-up comedy show ‘Fearless’. 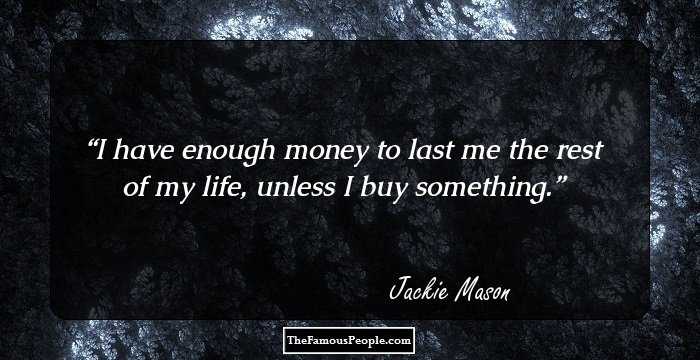 In 1979, he appeared in the film ‘The Jerk’ that earned a whopping $73 million at the box office, which made it the 9th highest grossing film that year. The film was appeared at the 89th spot on the American Film Institute’s list of ‘100 Years 100 Laughs’.

Written by him in the 1980s, the one-man comedy show called ‘The World According To Me’ was one of his best works that ran on Broadway for two and a half years and in the Brooks Atkinson Theatre for 206 performances. It has been recreated in as a film of the same title for television audiences.

In 1988, Jackie Mason won the Emmy Award under the category, ‘Outstanding Writing in a Variety or Music Program’ for ‘The World According To Me’.

In 1992, he received the Emmy Award for the category of ‘Outstanding Voice-Over Performance’ in ‘The Simpsons’ episode of ‘Like father, Like Clown’. 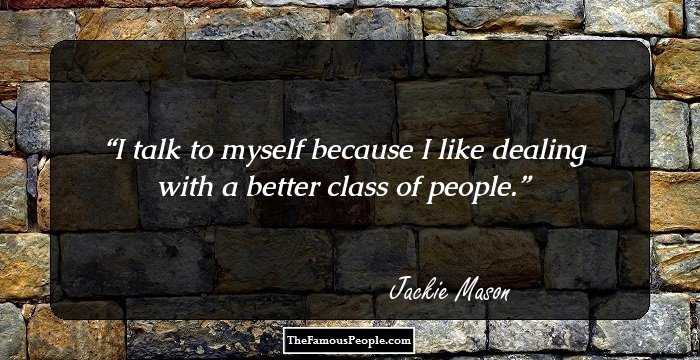 On August 14, 1991, Jackie Mason got married to Jyll Rosenfeld. The couple had a daughter named Sheba.

In 1991, during the first Persian Gulf crisis, he travelled to Israel to show solidarity, for which he was later honoured by Israeli Prime Minister Benjamin Netanyahu.

Jackie Mason died on 24 July 2021,  Mt. Sinai Hospital in Manhattan. He was hospitalized for over two weeks.

Jackie Mason once referred to Barack Obama as a ‘schwarze’, which in German means a black person.

See the events in life of Jackie Mason in Chronological Order