Advanced Search
Jack L Warner was a Canadian–American film executive, best remembered as the president and one of the co-founders of the 'Warner Bros. Studios' in Burbank, California. With over 45 years in the industry, Jack had the longest career as a Hollywood studio mogul. He began the ‘Warner Bros.’ studio empire along with his brother Sam Warner and worked to shape the studio as one of the premier production houses in Hollywood. However, he was disturbed after Sam's death. He later turned into a ruthless employer and even tainted his relationship with his surviving older brothers and business partners, Harry and Albert Warner. Nevertheless, his shrewdness earned the studio the star power that gave it an edge over the rivals. Throughout his career, Jack was a contradictory and unpredictable figure. Though he was a staunch ‘Republican,’ Jack still promoted projects that displayed anti-‘Republican’ views. He recommended several communist screenwriters even though he was anti-communist. Despite having such a controversial public image, Jack is regarded as a revolutionary figure in the industry. Nora Fatehi
2nd August In History
DID WE MISS SOMEONE?
CLICK HERE AND TELL US
WE'LL MAKE SURE
THEY'RE HERE A.S.A.P
Quick Facts 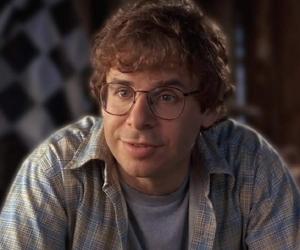