Issei Sagawa, also called ‘The Kobe Cannibal’ and ‘Pang’, is a Japanese murderer, necrophile and cannibal, who became infamous for committing these horrific crimes on Renée Hartevelt. Coming from a wealthy Japanese family, Sagawa developed cannibalistic desires during his first grade in school. A master's degree holder in English Literature from Japan’s Kwansei Gakuin University, Sagawa befriended Hartevelt while pursuing a Ph.D. in literature at the Sorbonne in Paris, France. He planned to kill and eat Hartevelt and invited her to dinner on the pretext of translating German poetry. He then shot her to death, had sex with her corpse, mutilated her body and consumed various parts of it. He was caught by the police while attempting to dump her remains. Sagawa was arrested and held for two years awaiting trial, however was later released after being found to be legally insane and unfit to stand trial. He was deported to Japan where he spent 15 months in a Japanese psychiatric hospital and then walked out as a free man due to a legal technicality. The crimes he committed, his release and post-release life as a minor celebrity in Japan drew widespread criticism and led to international publicity. John Wilkes Booth
DID WE MISS SOMEONE?
CLICK HERE AND TELL US
WE'LL MAKE SURE
THEY'RE HERE A.S.A.P
Quick Facts 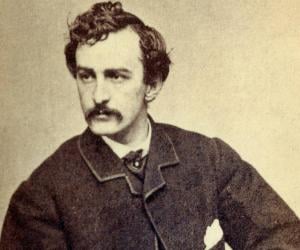 Issei Sagawa was born on April 26, 1949, in Kobe, Hyōgo Prefecture, as the son of affluent businessman Akira Sagawa who served as president of Kurita Water Industries. His grandfather served as an editor of the Japanese newspaper ‘The Asahi Shimbun’.

Issei Sagawa had a premature birth and was reportedly so small at the time of his birth that he could fit in his father’s palm. He developed enteritis soon after and was treated with several injections of potassium and calcium in saline. The fragile and somewhat introvert boy gradually developed interest in literature.

Issei Sagawa studied in schools in Kamakura, Kanagawa Prefecture and developed cannibalistic desires for the first time after seeing a male's thigh while attending first grade in school. Years later while giving an interview to Canadian-American magazine ‘Vice’ in 2011, Sagawa mentioned that in his youth he developed cannibalistic desires for women and took part in bestiality with his dog.

While Sagawa was studying in Wako University in Tokyo, he targeted a tall German woman and followed her to her home with the objective of cannibalizing her. He wanted to slice off part of her buttocks and takeaway a small portion of her flesh. He broke into her apartment while the lady was sleeping however could not succeed in his plan as the lady woke up and, as Sagawa claimed, she pushed him to the ground. The police arrested him and charged with attempted rape while Sagawa chose not to reveal his actual intentions to the authorities. The lady was paid a settlement by Sagawa’s father following which charges of rape attempt against him was dropped.

Issei Sagawa obtained a master's degree in English Literature from Kwansei Gakuin University. He relocated to France in 1977 and enrolled at Sorbonne in Paris to pursue a Ph.D. in literature. He later mentioned that while staying in Paris, he would bring a prostitute home almost every night and tried to shoot them, however failed to pull the trigger as his fingers froze up every time.

Sagawa befriended his Sorbonne classmate Renée Hartevelt, a Dutch woman, and invited her to have dinner at his apartment on June 11, 1981, on the pretext of translating poetry for a school assignment. The then 32 years old Sagawa felt that he was weak, small and ugly and chose the 25 years old healthy and beautiful Hartevelt with the intent of killing and eating her. He claimed that he wanted to absorb the energy of Hartevelt.

When Hartevelt started reading poetry at a desk in Sagawa’s house, he took a rifle, went behind her and shot her in the neck. He later claimed that he fainted immediately after shooting her and executed his plan after coming back to senses. He had sex with Hartevelt’s dead body and as he was unable to bite into her skin, he purchased a butcher knife and cut her body into pieces. He then ate different parts of her body including consuming most of the corpse’s breasts and face sometimes raw and sometimes cooked, and stacked his refrigerator with other parts. He even took pictures of his victim’s body during each stage of eating.

Sagawa was caught by the French police after four days while he was attempting to dump the dismembered body parts of Hartvelt, which he was carrying in two suitcases, in a lake in the Bois de Boulogne.

A top lawyer was appointed for Sagawa’s defense by his wealthy father. He was held for two years during pre-trial detention and eventually French judge, Jean-Louis Bruguière found him to be legally insane and not fit to stand trial. The judge ordered that Sagawa be held indefinitely in a mental institution.

The visit of Japanese author Inuhiko Yomota followed by publication of autobiographical novel of Sagawa in Japan titled ‘Kiri no Naka’ (In the Fog), where he gave an in depth account of the murder and consumption of Hartevelt, led Sagawa to garner widespread attention. The sudden media publicity and macabre celebrity status of Sagawa possibly led the French authorities to decide to deport him to Japan.

Upon reaching Japan, Issei Sagawa was immediately sent to the Tokyo Metropolitan Matsuzawa hospital. The psychologists in Japan examined him and concluded that he was sane and his only motive behind the murder was sexual perversion.

Meanwhile all the charges against Sagawa were dropped in France and the court documents there were sealed and not released to the authorities in Japan. Thus the Japanese authorities were not in a position to legally detain Sagawa who spent 15 months in the hospital and then walked out as a free man on August 12, 1986. Since then till 1997, he accepted several invitations and appeared in different events as guest speaker and commentator and lived life as a minor celebrity.

Besides ‘Kiri no Naka’, Sagawa has also penned down other books on the murder of Hartevelt; a commentary book called ‘Shonen A’ on the 1997 Kobe child murders; and restaurant reviews for the Japanese weekly tabloid magazine called ‘Spa’.

He was eventually shunned by employers and the Japanese media which saw him striving to find a suitable job as well as publishers for his writing. A French language school almost accepted him as its manager was impressed to see that Sagawa was bold enough to use his real name, however he was finally rejected amidst protests from the employees.

He lost his parents in 2005 and was not allowed to attend their funeral. He paid back their creditors. He then shifted to a public housing and received welfare benefits for some time.

During the 2011 ‘Vice’ magazine interview, Sagawa mentioned that living an infamous life of a murderer and cannibal was a horrendous punishment.

He suffered a cerebral infarction and was hospitalised in 2013. It caused permanent damage to his nervous system. Sagawa presently lives alone and requires regular assistance to lead his life which is given by his younger brother or caregivers.

Issei Sagawa’s story has over the years inspired several works of art including the short film ‘Adoration’ (1986) by Olivier Smolders; the 1981 song of ‘The Stranglers’ titled ‘La Folie’; The Rolling Stones song ‘Too Much Blood’ that featured on their album ‘Undercover’ (1983); and the 2006 EP ‘Issei Sagawa’ by ‘Gnaw Their Tongues’ band. The October 18, 2015, released British documentary film ‘Fear Itself’ directed by Charlie Lyne also discussed the crimes committed by Sagawa and his career as an actor.

See the events in life of Issei Sagawa in Chronological Order 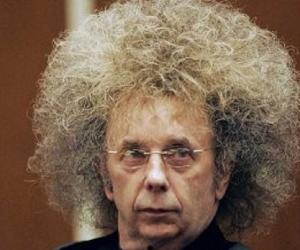