Advanced Search
Born in an orthodox Jewish family, Singer was well versed in Jewish prayers, Hebrew, and Torah & Talmud, the Jewish scriptures, but his perception of Judaism was unconventional and intricate. The Holocaust death of fellow Jews, the death of his elder brother due to thrombosis, and the death of his younger brother while he was deported to Southern Kazakhstan made Singer question the existence of a sympathetic God. He avoided conventional religious services, yet he could not keep himself away from his roots and his belief in the monotheistic God. He gradually developed his own view of religion and philosophy, which he called ‘private mysticism’. Majority of his novels and short stories portray the conflict between convention and modern ideas, faith and mysticism, and liberalization and nihilism. Though his stories are set in Jewish background, they have a common message for the entire mankind. His works deal with the autocracy of power, passion, obsession, and struggle between preservation of tradition and replenishment. Most of his works are written in the nineteenth century parable style, but he gave them a modern touch by relating events and people belonging to his era. His novels, “The Manor,” “The Estate,” and “The Family Moskat” are often related to be written in the style of Thomas Mann's novel, “Buddenbrooks”. Most of his works have been translated into English. Joseph Conrad
DID WE MISS SOMEONE?
CLICK HERE AND TELL US
WE'LL MAKE SURE
THEY'RE HERE A.S.A.P
Quick Facts

American Celebrities
Polish Celebrities
Novelists
Short Story Writers
American Men
Polish Men
Childhood & Early Life:
He was one of the four children born to Rabbi Pincus Menachem and Bathsheba Zylberman. He had an elder sister and brother (who later became eminent writers) and also a younger brother, Moshe.
In 1908, his family lived in Krochmalna Street, the Yiddish-speaking poor Jewish province of Warsaw that became the background for most of his novels.
Life became difficult for the family after war. In 1917, along with his younger brother Moshe and his mother, he moved to his mother’s hometown Biłgoray, whereas his father, his elder brother and sister continued to live in Warsaw.
He came back to live in Warsaw when his father became a village rabbi. In 1921, he was put in Tachkemoni Rabbinical Seminary, but could pursue his course only for a year. 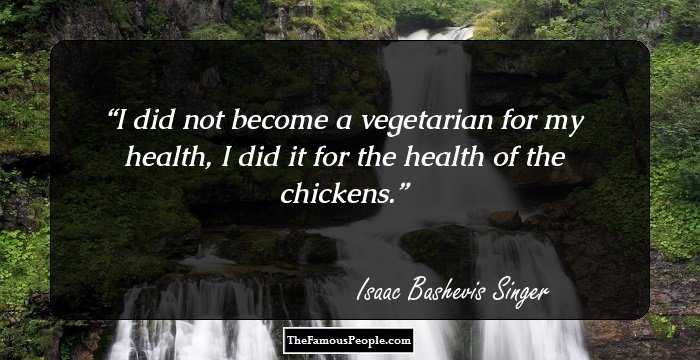 Quotes: I
Continue Reading Below
Career
With the help of his elder brother Joshua, who was an editor for the journal, ‘Literarische Bleter,’ he started his career as a proof-reader in 1923. Simultaneously, he worked as a translator and journalist.
He had translated the works of famous European novelists into Yiddish. His translated works of “The Magic Mountain” by Thomas Mann and “All Quiet on the Western Front” by Erich Maria Remarque are noteworthy.
From 1933 to 1935, he worked as an associate editor of “Globus,” a Yiddish literary magazine, where his first novel, ‘Satan in Goray’ was serialized.
In 1935, he immigrated to New York and worked for ‘The Forward’, a Yiddish-language newspaper aimed at Yiddish readers.
He wrote under the pen name “Bashevis" to honor his mother Bathsheba and to distinguish himself from his elder brother, Joshua Singer who was also a renowned writer. 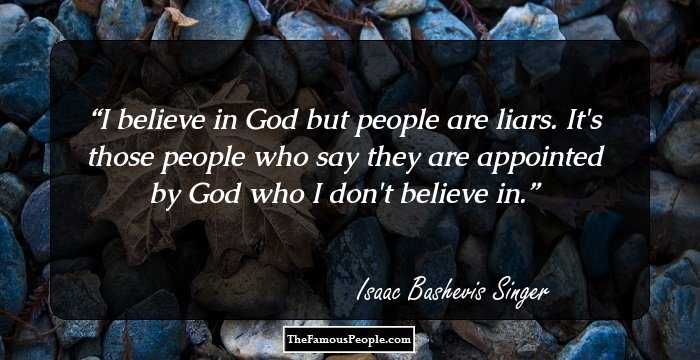 Quotes: God, Believe, I
Major Works
His first book, “Satan in Goray” was published in 1935 - was written before Hitler’s entry into Poland and before the Holocaust. The novel is about a false messiah Sabattai Zevi. Under the supervision of the author, the novel was translated into English by Jacob Sloan.
“The Slave”, published in 1962, was in line with John Bunyan’s “Pilgrim’s Progress,” an allegory written in realistic terms. The novel speaks about Jacob, a Jewish scholar who was sold as a slave to a Pagan peasant community, where he fell in love with Wanda, his master’s daughter.
“Enemies: A Love Story,” his personal novel was filmed and directed by Paul Mazursky in 1989. The novel deals with the life of Herman Broder, a Holocaust survivor who lost his faith in religion and life and about the complication in his relationships.
Continue Reading Below
“Shosha,” the remarkable novel that won him the Nobel Prize for Literature in 1978, is about Aaron Greidinger, an ambitious young writer and son of a Hasidic rabbi..
Awards & Achievements
The year 1978 was significant in his life as he received the prestigious Nobel Prize in Literature for his work, “Shosha.” It was the highest honor awarded to a language that was almost at the verge of extinction.
Apart from being a Nobel Laureate, he was also awarded the National Book Award for Children’s Books and Fiction. He was also the recipient of Gold Medal from the “American Academy of Arts and Letters” for ‘Fiction’.
Brue Davidson, a notable photographer, made a documentary film ‘Mr Singer's Nightmare or Mrs Pupkos Beard,’ in which the author himself played a leading role apart from writing the script. 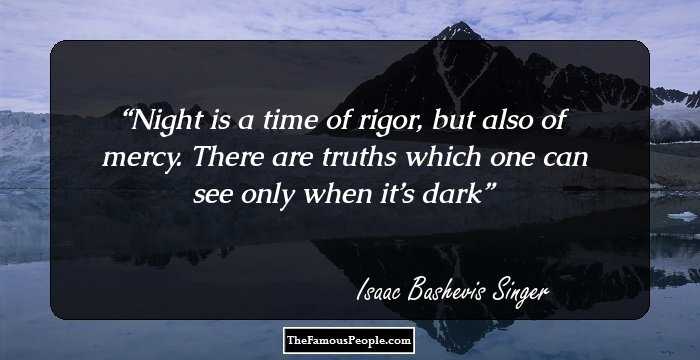 Quotes: Time
Personal Life & Legacy
Between 1926 and 1935, he lived with Runia Shapira, a rabbi’s daughter and a Communist who was expelled from the USSR for supporting the Zionists. The couple were never married but had a son named Israel Zamir, born in 1929. The couple got separated when Singer moved to USA in 1935 while Runia moved to Moscow and finally to Palestine along with her son.
He met Alma Wassermann in 1938. Their relationship became intimate and Alma divorced her husband Wassermann and married Singer in 1940.
He had affairs with several women including Dvora Menashe, a Hispanic maid, Lester Goran, his colleague at the University of Miami and Dvora Menashe, his assistant. His wife Alma endured his infidelity patiently.
He became weak after a series of strokes and breathed his last on July 24, 1991.
A street in Surfside, Florida is named after this famous author.
As a tribute to his literary achievement, the University of Miami offers scholarship to its undergraduate students.
Trivia
This Yiddish writer became a vegetarian in the later part of his life and said “I did not become a vegetarian for my health; I did it for the health of the chickens.”
This Nobel Laureate writer incurred the wrath of his Yiddish contemporaries by writing about the homosexual relationship between the rabbis, the Hasids and the Yeshiva boys. 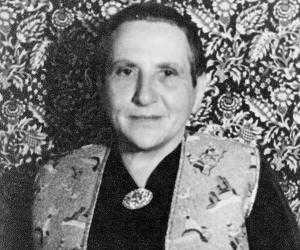 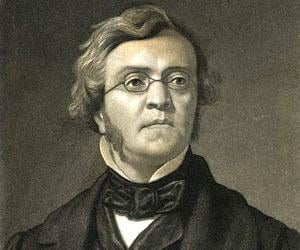 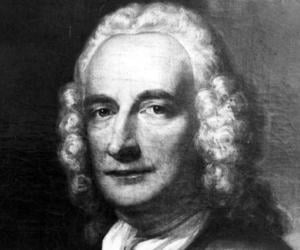