Isa Guha is a former England cricketer who currently works as a cricket commentator as well as television and radio cricket broadcaster. With an interest in cricket since childhood, Isa began playing cricket while she was still young and made her international test debut in 2002 against India. She was the first woman of South Asian heritage to play for England. In her decade long playing career, she became part of the team that bagged World cup and T20 trophy in 2009 as well as three Ashes series (2005, 2008 and 2009). After announcing her retirement from playing, she seamlessly made an entry into broadcasting career and began working for major broadcasters globally including Sony Max, Ten Sports, BBC, ESPN and Star Sports. Television aside, she works as a cricket commentator and summariser on radio as well. She has also authored articles for various publications and works as a speaker at several events. 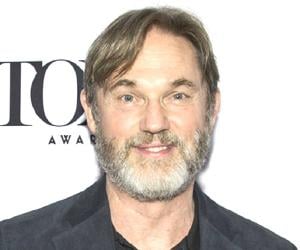 In her playing career, she was part of the team that helped England to win the Ashes series at home in 2005 after 42 years and then win it again in 2007-08 in Australia for the first time since 1934-35. In the latter – Bowral Test - Guha gave her career best performance with a match-winning figure of 9-100. In 2009, she was also a part of the team that bagged the World Cup, the World T20 trophy and the Ashes series. Earlier, she was also a part of 2005 World cup team.

In 2012, this right arm fast-medium bowler announced her retirement from International cricket. Her career statistics include playing 83 ODIs, 8 Tests and 22 T20s. It also includes victories in 15 ODI series and 7 T20 series. As for awards, she was declared BBC Asian Sports Personality of the Year in 2002 and Sony Asian Sports Personality of the Year in 2010. In between, she won the Player of the Series honour in 2004 series against New Zealand and Player of the Match title in 2008 in the Ashes series. She was also ranked ICC world No 1 bowler in 2008.

Post retirement, she turned towards broadcasting career and presented ITV’s Indian Premier League (IPL) for four years. More opportunities followed and she became a TV presenter for Ten Sports and was also employed as one of the presenters /commentators /reporters for BBC, Sky Sports (UK), Sony Max, Star Sports and ESPN. Some of her notable works (aside cricket too) include presenting the 2016 Caribbean coverage for Rio Olympics and Men's Cricket World Cup as well as serving as a commentator for Caribbean Premier League for three years. She was also the first woman to provide commentary for Sky Men’s Test Cricket Coverage.

Apart from television, Isa Guha worked for radio joining The BBC’s sports radio programme Test Match Special (TMS) as a commentator in 2012. She became its summariser in 2016 and the same year joined Triple M radio station as commentator and summariser. In this capacity, she covered Australia v Pakistan Test series in 2016 and Ashes series in 2018. She also provided commentary for the BBC TMS (Test Match Special) Men's World Cup and Ashes in 2019.

She has also penned columns and articles for various print and online publications including Wisden, the Telegraph, Daily Mail, BBC, Guardian and All Out Cricket. In addition, she is regularly invited to deliver talks on various events.

Moreover, she is also involved with various charities including the British Asian Trust, Justice and Care Sporting Equals and Cricket United charities. Earlier, she was also associated with Dame Kelly Holmes Legacy Trust and Jaguar Academy for Sport.

In 2017, she became the first woman to be appointed to the board of the Professional Cricketers' Association. She joined as a non-executive director of the players' union.

Isa Tara Guha was born on 21 May 1985 in High Wycombe, United Kingdom, to Barun and Roma Guha. Her Bengali parents, moved from Calcutta, India and settled in the UK in the 1970s. Her siblings include a sister, Panchali Guha and a brother Kaushik Guha. For her school education she went to Wycombe High School. She later joined University College London and completed her BSc in biochemistry in 2007 and MPhil in neuroscience in 2016.

She began playing cricket when she was just eight years old and her parents, seeing her interest encouraged her and took her to local clubs. At the age of eleven, she was included in the Thames valley Under 21 side. The following year, she met and was inspired by English cricketer Charlotte Edwards who was sixteen years old and had started playing for England.

In 2018, Isa Guha wedded her long-time boyfriend Richard Thomas who is a songwriter with the rock band, Brother and Bones.