Advanced Search
Hugo Boss was a German fashion designer and businessman, best known as the founder of the German clothing brand named ‘Hugo Boss AG.’ He was also a member of the ‘Nazi Party’ and remained loyal to it throughout the party’s existence, until the end of the Second World War. Born and raised in Metzingen, Germany, he was the youngest of five children. He did an apprenticeship as a merchant when he was a teenager. He finished his 2 years of military service in the early 1900s, and following its completion, he began working at a weaving mill. Eventually, he took over his family business of selling lingerie. At the outbreak of World War I, he was mobilized into the German army. Hugo, a staunch nationalist, joined the ‘Nazi Party’ in 1931, just 2 years before Hitler came into power. Prior to that, however, he had started his own fashion company called ‘Hugo Boss AG’ in 1923. He was the main supplier and designer of the wartime uniforms of the ‘Nazi Party’ members. However, following the war, he was stripped of his voting rights and his ability to run the business, owing to his association with the ‘Nazis.’ Hence, his son-in-law took over as the owner of the company. Hugo died in 1948, at the age of 63. Tory Burch
DID WE MISS SOMEONE?
CLICK HERE AND TELL US
WE'LL MAKE SURE
THEY'RE HERE A.S.A.P
Quick Facts

German Celebrities
German Men
German Fashion Industry
Cancer Entrepreneurs
German Business People
Childhood & Early Career
Hugo Boss was born Hugo Ferdinand Boss, on July 8, 1885, in Metzingen, Kingdom of Wurttemberg, to Luise and Heinrich Boss. He was the youngest of five kids in the middle-class family. His father owned and ran a lingerie shop in Wurttemberg. Hugo and his sister were the only two children who survived infancy. Thus, he was named as the heir of the family business.
Having a family-owned lingerie business, he became interested in garments and fashion as a kid. He finished his apprenticeship as a merchant, and soon after that, he enrolled into the German army for his military service. He served the army from 1903 to 1905.
However, he was more interested in founding his own company. He did an apprenticeship as a merchant in the early 1900s and then began working in a weaving mill after he moved to Konstanz.
When nothing really worked out for him, he moved to his hometown of Metzingen in 1908 and took over the family business. He ran his father’s linen and lingerie shop.
He was a hardcore nationalist ever since his younger years, and when World War I broke out, he enrolled into the ‘German Imperial Army.’ He had his army mobilization in 1914 and served on the front lines for his country until the culmination of the war in November 1918.
Germany lost the war, and like most German nationalists, Hugo took the blow too hard. He eventually moved back to his hometown and resumed running his business. In the next few years, however, he acted on his instincts as a fashion designer and formed his own company, ‘Hugo Boss AG’ (1923/1924).
Continue Reading Below
Hugo Boss AG
After establishing ‘Hugo Boss AG,’ Hugo set up a factory the following year, along with two of his partners. In its initial days, the company made shirts, jackets, work clothing, raincoats, and sportswear. However, in the late 1920s, Germany faced an economic depression, which was more or less the result of Germany’s loss in the First World War.
The company became bankrupt by the late 1920s and was on the verge of shutting down. However, in 1931, he sat down with his creditors and gathered minimal funds to start again. He had six sewing machines at that time and worked extremely hard to save the company from shutting down.
The same year, he joined the ‘Nazi Party,’ which came as a saving grace for his company. He became party member no. 508 889 and served as a sponsoring member of the ‘Schutzstaffel’ (SS). With Adolph Hitler taking over the leadership, the party was becoming increasingly popular with the German masses, particularly the nationalists.
In the next few years, as he made his way into the party’s upper ranks. He was made a member of the ‘German Labour Front.’ It was a national labor organization and took over the different independent trade unions after Hitler ascended to power.
Hugo was also associated with the ‘Reich Air Protection Association’ and the ‘National Socialist People’s Welfare.’ With his increasing impact in the party, his company, ‘Hugo Boss AG,’ benefited greatly and went from being a moderately successful company to one of the most successful German fashion houses.
What worked majorly in his favor was an advertisement that he put out in 1934, claiming that he had been the sole supplier of the ‘National Socialist’ uniforms since 1924. However, in reality, it is believed that he had begun doing so only after 1928.
It is now a well-known fact that in the late 1920s, he became the ‘Reichszeugmeisterei’-licensed supplier of uniforms for the ‘Nazi Party’s organizations, such as the ‘SA,’ the ‘SS,’ ‘Hitler Youth,’ and the ‘National Socialist Motor.’
By 1932, ‘Hugo Boss AG’ had started producing the all-black ‘SS’ uniform. By 1938, he also produced the ‘Wehrmacht’ uniform. Later, he also produced the ‘Waffen-SS’ uniform.
During the Second World War, Hugo Boss used war prisoners as workers in his factories. He also used captured civilians, mostly women, for the same purpose. The company managers were all nationalists who followed Hitler. Hugo himself admired Hitler and was seen in a photograph with him in his apartment.
Hugo was considered an “activist” and a “beneficiary and supporter of National Socialism.” He benefited greatly from his association with the ‘Nazi Party’ and used the benefits to run his company successfully for many years.
Post-War
The end of the Second World War came with bad news for Hugo. His association with the ‘Nazi Party’ cost him his voting rights after a 1946 post-war trial. He was also made unable to run his own company and was slapped with a heavy fine. This was a less severe punishment, as Hugo claimed that he was just a “follower” of the ‘Nazi Party’ and was never actively involved in the functioning of the party.
As he lost the ownership of his company, his son-in-law, Eugen Holy, took over as the owner and ran the company after him. The company received a big blow soon after Hugo’s trial, but it eventually recovered and went on to become a decently successful fashion house in the coming decades. The company is operating successfully to this day.
Family & Personal Life
Hugo married Anna Katharina Freysinger in 1908. The couple had a daughter together.
Hugo died on August 9, 1948, after an untreatable infection caused by a tooth abscess. He was 63 years old at the time of his death.
Recommended Lists:
Fashion #506

See the events in life of Hugo Boss in Chronological Order 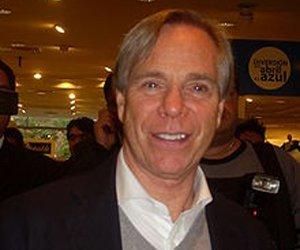 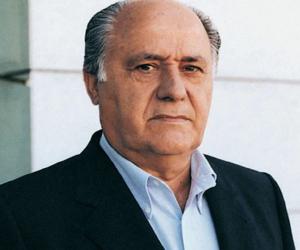 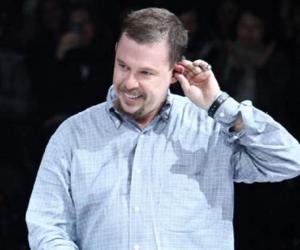