Hugh Hefner was an American adult magazine publisher best known for being the founder of Playboy Enterprises. He is credited to have revolutionized the adult entertainment industry with the introduction of the ‘Playboy’ magazine and eventually extended his enterprise to include television and internet ventures. When he published the first issue of the magazine, featuring Marilyn Monroe in 1953, he had no idea of how popular the publication would become. ‘Playboy’ enjoyed instant success—the first issue sold more than 50,000 copies—catapulting both the magazine and its founder to widespread popularity. Before founding the immensely successful yet equally notorious magazine, Hefner had been a journalist for ‘Esquire’ and had also served in the World War II. Born into a conservative family in Chicago, he studied psychology, creative writing and art in college and embarked on a career as a journalist. However, he left his job after being refused a raise and went on to found the adult magazine that would take the entertainment world by storm. Not surprisingly, Hefner epitomizes the lifestyle promoted by his magazine and has had a string of sexy models as his girlfriends. But his life was not just about sex; he was also a well-known political activist and a philanthropist who contributed generously to several causes. Barbi Benton
9th April In History
DID WE MISS SOMEONE?
CLICK HERE AND TELL US
WE'LL MAKE SURE
THEY'RE HERE A.S.A.P
Quick Facts

Notable Alumni: School Of The Art Institute Of Chicago, University Of Illinois At Urbana Champaign

education: University Of Illinois At Urbana Champaign, Northwestern University, School Of The Art Institute Of Chicago

American Celebrities
Business People
American Men
Northwestern University
Aries Entrepreneurs
Childhood & Early Life
Hugh Hefner was born on April 9, 1926, in Chicago, Illinois, to Grace and Glenn Hefner as the elder of their two sons. His parents, both teachers, were strict Methodists with deep Midwestern roots.
He went to Sayre Elementary School and then to Steinmetz High School in Chicago. He developed an early interest in journalism and founded a school newspaper while in high school and also served as president of the student council where he championed student causes.
He served in the U.S. Army for two years toward the end of World War II, and was discharged in 1946. He used to write for a military newspaper.

After the war he studied at the Chicago Art Institute before enrolling at the University of Illinois at Urbana Champaign from where he graduated in 1949, with a B.A. in psychology with a double minor in creative writing and art. 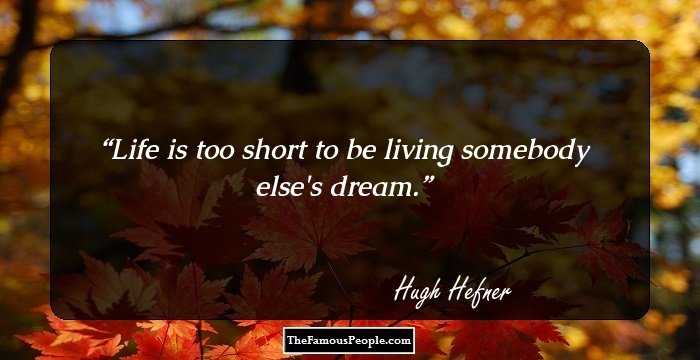 Bright and ambitious, he worked as an assistant personnel manager for the Chicago Carton Company 1949, and as an advertising copywriter for the Carson Pirie Scott department store before landing a job as a promotion copywriter with the magazine ‘Esquire’ which was a publication for men that featured articles on topics such as men’s fashion and also illustrations from pinup artists such as George Petty and Alberto Vargas.

He worked there till 1952, and left after being denied a $5 raise. Determined to start his own publication, he mortgaged his furniture and generated funds from investors, and finally launched the magazine ‘Playboy’.

The first issue of the magazine was published in December 1953. It featured a nude image of the famous sex symbol Marilyn Monroe from a 1949, calendar shoot. The magazine was an instant success and sold over 50,000 copies.

Delighted at this success, he began hiring other people to assist him in making the magazine more interesting to the audience and for promoting the publication. ‘Playboy’ saw unprecedented success; by the end of the decade, the magazine was selling more than a million copies a month.
Inspired by the phenomenal growth of his enterprise, Hefner held the first Playboy Jazz Festival at the Chicago Stadium which became known as the greatest single weekend in the history of jazz.
By the 1960s, Hugh Hefner’s name had become synonymous with the “Good Life” that countless Americans craved for—not only was he very wealthy, he was also always surrounded by beautiful and sexy young models.

The success of the Playboy Enterprises continued touching new heights in the 1970s; the magazine was selling in excess of seven million copies a month. There were also 23 Playboy Clubs, resorts, hotels and casinos with more than 900,000 members worldwide. The company also owned a record label and a television and motion picture company, and produced popular television movies as ‘Third Girl From The Left’, ‘The Death of Ocean View Park’, ‘The Cop and the Kid’, and ‘A Whale For The Killing’.

The pressures of running such a hugely popular magazine, the stress of wild partying and the constant strain of being in the spotlight took its toll on Hugh Hefner’s health in the 1980s, and he suffered a stroke which prompted him to change his lifestyle. He turned over control of Playboy Enterprises to his daughter Christie and began focusing more on philanthropic activities. 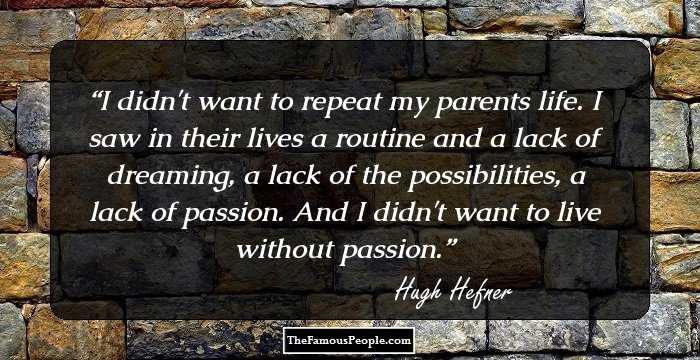 Hugh Hefner is best known as the founder of the Playboy Enterprises, Inc. which manages the ‘Playboy’ magazine empire along with other business ventures. The company also owns and operates the iconic Playboy Mansion property in Los Angeles, California. The ‘Playboy’ played an important role in the sexual revolution in America and remains one of the best known brands in the world.

Hugh Hefner was actively involved with several philanthropic causes. He helped organize fund-raising efforts that led to the restoration of the Hollywood Sign in 1978, and personally contributed $27,000.

He made a donation of $100,000 to the University of Southern California's School of Cinematic Arts to create a course called "Censorship in Cinema," and $2 million to endow a chair for the study of American film.

He was also an animal lover and has organized fundraiser events for Much Love Animal Rescue as well as Generation Rescue. In addition, he donated $900,000 to a conservation group for a land purchase needed to stop the development of the famed vista of the Hollywood Sign in 2010. 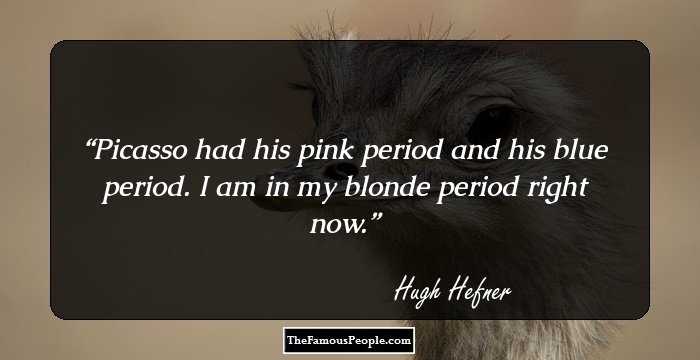 Quotes: I
Awards & Achievements
He was inducted into the Hall of Fame of the American Society of Magazine Editors in 1998.
He was presented with the Henry Johnson Fisher Award, the highest honor of the Magazine Publishers of America in 2002.

Dr. Lois Lee, founder and president of the Children of the Night, presented Hefner with the organization's first-ever Founder's Hero of the Heart Award in 2010, in appreciation for his unwavering dedication, commitment and generosity.

Hugh Hefner’s first marriage was to Mildred Williams in 1949, which produced two children, a daughter, Christie, and a son, David. The couple divorced in 1959.

He tied the knot for the second time in 1989, with Playmate of the Year Kimberley Conrad. He had two sons from this marriage. The couple separated in 1998, and finally divorced in 2010.

He married model Crystal Harris on December 31, 2012; Hefner was 86 and Harris 26 at the time of their much publicized wedding.
In addition to the women he married, he had sexual relations with several other women, most of them models working for ‘Playboy’. Some of his noted mistresses were Barbi Benton, Brande Roderick, Holly Madison, and Kendra Wilkinson. He also experimented with bisexuality.

Hugh Hefner died of natural causes at his home, the Playboy Mansion, on September 27, 2017.

Quotes By Hugh Hefner | Quote Of The Day | Top 100 Quotes

See the events in life of Hugh Hefner in Chronological Order 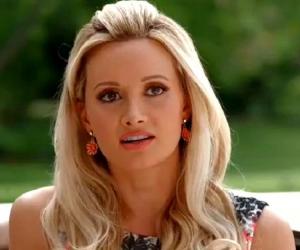 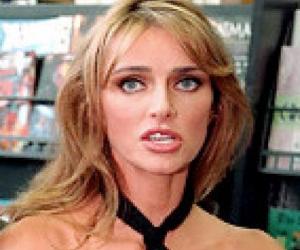 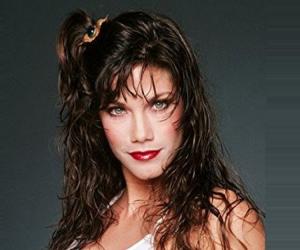