Horace Mann renowned as the ‘Father of the Common School Movement’ was an American education reformer and politician. He was a pioneer of public education and argued that education in a democratic society should be universal, non-factional and reliable. He believed that unruly children of the country can be best transformed into disciplined, sensible and republican nationals through universal public education. He got extensive support from modernizers including the ones from his Whig Party for establishing public schools. Most of the states followed one of the systems he formed in Massachusetts, particularly the ‘normal school’ program for professional training of teachers. Mostly women were trained in normal schools enabling them to build a new career in teaching. He made effort for well equipped schools, longer school life for students till 16 years of age, elaborate curriculum and good pay for teachers. He served as the Secretary of the ‘Massachusetts State Board of Education’ since its inception. He served the ‘Massachusetts State Legislature’ as a dedicated Whig party member and promoted rapid modernization. He was also elected to the ‘United States House of Representatives’. American People
Brown University
American Educators
Taurus Men
Childhood & Early Life
On May 4, 1796, Horace Mann was born to Thomas Mannand Rebecca Stanley Mann in Franklin, Massachusetts. His father was a poor Yankee farmer.
As his family faced lots of hardships and poverty, Mann learned to be independent and self-reliant from an early age. From the age of 10 to 20 he could not attend school more than six weeks in any year. However, he self-studied by visiting the Franklin town library.
He was taught Greek and Latin by Samuel Barrett who later became a famous Unitarian minister.
At twenty years of age, he got admission at the ‘Brown University’. In 1819, he graduated as valedictorian. His valedictory address ‘The Progressive Character of the Human Race’ was a representation of philanthropic optimism showing how a combination of education, humanity and republicanism can allay an individual from the beset of wants and deficiencies. He studied law at Wrentham, Massachusetts for a brief period.
From 1820 to 1822 he worked as a teacher of Greek and Latin. He was the librarian of ‘Brown University’ during 1821-23. He studied at the ‘Litchfield Law School’ sometime around 1821-23. In 1823 he was enrolled in the bar of Norfolk County, Massachusetts. 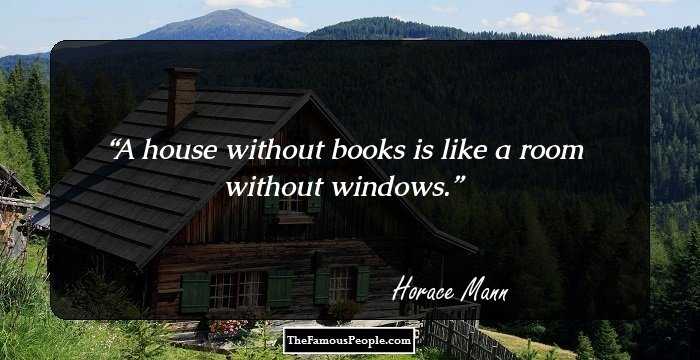 Who Is The Most Popular BTS Member?
Career
He began his career as a law practitioner and thereafter won a seat at the ‘Massachusetts House of Representatives’ from Dedham, Mass, in 1827 and served till 1833.
He took active interest in public charities, education and laws suppressing intemperance and lottery culture.
He made personal effort and established a lunatic asylum at Worcester and chaired the board of trustees in 1833. He was a member of the revision of the state statutes committee and remained its chairman for a while. Many of his suggestions were incorporated. He shifted to Boston in 1833.
He served as a majority leader in the ‘Massachusetts State Senate’ from 1835 to 1837 and as its president in 1836 after being elected from Boston. He took up different projects aiming at improvement of infrastructure including canals and railroads constructions.
The ‘Massachusetts State Board of Education’, the country’s first board of education, was created in 1837 following an intense reform movement for improving quality of education. He was made its first secretary. After he took responsibility as the secretary he withdrew himself from politics and other professional engagements.
He became a prominent proponent and spokesperson of education and held teacher’s conventions, delivered lectures and introduced several reforms. He visited all schools of the state. He initiated the Massachusetts ‘normal school’ system in Barre, Lexington and Bridgewater. He was not in favour of corporal punishment in schools which was in disagreement with some teachers in Boston. However, his views were later adopted.
In 1838 he started and edited a biweekly journal ‘The Common School Journal’ which focussed on public schools and their issues. His six main principles addressing public education and its problems are: (1) The public should not remain ignorant for long (2) public should take interest to pay for, control and maintain education (3) that best education can be provided in schools that welcome children from different socio-economic, religious and ethnic backgrounds; (4) this education should be free from sectarian influence; (5) tenets of a free society should prevail while parting education; and (6) that education should be provided by well-trained, professional teachers.
Since he had a huge fascination for German education system like many other American educators, he went to Germany in 1843 to see how the education system worked. After returning to the U.S., he emphatically lobbied for the adoption of the ‘Prussian model’.
In 1848, he resigned from his post as the secretary of the ‘Massachusetts State Board of Education’ to fill up the seat of John Quincy Adams in the ‘United States Congress’. He advocated exclusion of slavery in his first speech. He voluntarily counselled for Drayton and Sayres who were charged with stealing seventy-six slaves from the District of Columbia.
Continue Reading Below
He was engaged in a controversy with Daniel Webster in 1850 on fugitive slave law and slavery extension. Though he was defeated by Webster’s supporters at the ensuing nominating convention by one vote, his appeal to people as an independent candidate of anti-slavery re-elected him and he served till March 1853.
He was supported by modernists including his Whig Party members for setting up public schools. He persuaded them to pass law in their states for tax-aided elementary public education.
In 1852, he backed the decision of adopting the Prussian education system in Massachusetts and after its adoption the New York Governor implemented the system on trial basis in twelve schools of New York.
In September 1852, the ‘Free Soil Party’ nominated him for the governor’s position in Massachusetts. He was also selected as the president of Antioch College which was newly set up at Yellow Springs in Ohio. Though he was unsuccessful in the election for the post of governor, he agreed to become the president of the college and remained so till he was alive. He taught philosophy, theology and economics in the college. His lectures advocating public schools were attended by lay audiences from all over Midwest.
He appointed his niece, Rebecca Pennell as the first woman faculty member who was paid equally compared to her male counterparts.
Some of the books of Horace Mann include ‘Lectures on Education’ (1845), ‘A Few Thoughts for a Young Man’ (1850) and ‘Slavery: Letters and Speeches’ (1851).
Most northern states followed one of the education systems Horace Mann implemented in Massachusetts, particularly the ‘normal school’ program for training teachers professionally.
Personal Life & Legacy
In 1830, he married Charlotte Messer, daughter of Brown University’s president Asa Messer. His wife died on August 1, 1832.
Horace Mann married Mary Tyler Peabody in 1843. The couple had three sons - Horace Mann Jr., George Combe Mann and Benjamin Pickman Mann.
He died on August 2, 1859 at the age of 63 years at Yellow Springs, Ohio, U.S. He was buried by the side of his first wife Charlotte Messer Mann in the North Burial Ground, Providence, Rhode Island, U.S.
Trivia
His statue is erected in front of ‘Massachusetts State House’.
A monument at the Antioch College bears his quote, ‘’ Be Ashamed to Die Until You Have Won Some Victory for Humanity”.
Some of the schools named after him are ‘Horace Mann Elementary School’ in Dayton, Ohio, ‘Horace Mann Middle School’ in Franklin, Massachusetts and ‘Horace Mann School’ in Salem, Massachusetts.
You May Like

See the events in life of Horace Mann in Chronological Order