Georges Remi, better known by his pen name Herge, was a Belgian cartoonist and illustrator, who created the iconic Tintin comic strip among many others and is regarded as one of the greatest cartoonists to have ever lived. Remi was a gifted student at school and in fact, he emerged as the top student of his class at school upon graduation but his overriding passion lay in sketching. He had the habit of sketching the day to day activities of people and it was during his time at school that some of his works were published in a local magazine. He enrolled in art school but quit after a lecture since he found the curriculum boring and started working on his own. Remi’s first job was with the newspaper Le VingtiemeSiecle and it was a few years after joining that newspaper that he created the character Tintin. It was an instant success and although he created plenty of other noted comic strips like ‘Quick and Flupke’, but it was Tintin that became an overwhelming success. Subsequently, Remi went on to establish his own studio and an advertising firm as well but the latter met with moderate success. 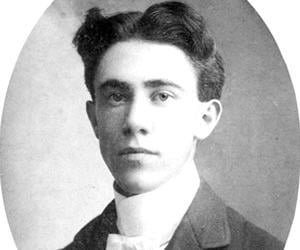 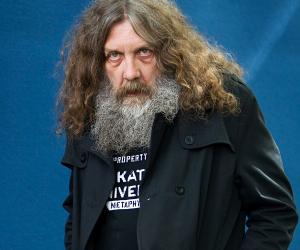 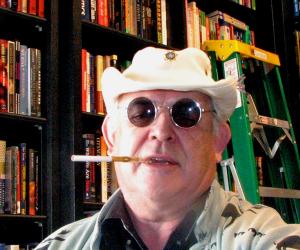 Mike Judge
Cartoonists #20
Media Personalities #354
Continue Reading Below
DID WE MISS SOMEONE?
CLICK HERE AND TELL US
WE'LL MAKE SURE
THEY'RE HERE A.S.A.P
Quick Facts

Belgian Celebrities
Male Cartoonists
Male Media Personalities
Belgian Media Personalities
Gemini Men
Childhood & Early Life
George Prosper Remi, better known by his pen name Herge, was born on 22 May, 1907 in Etterbeek, Belgium to Alexis Remi and his wife Elisabeth Dafour. His father was employed in a confectionary manufacturing factory while his mother took care of the family as a house wife.
Remi had developed the skill of sketching about things that he saw in his day to day life from an early age. When he studied at the Ixelles Municipal School No. 3, his favourite subject used to be that of sketching the different activities of the German soldiers who had occupied Belgium during the First World War. In 1919, he enrolled at the Place de Londres in Ixelles for his secondary education.
In 1920, Remi enrolled at the Saint-Boniface School, a Roman Catholic institution presided over by the archbishop and during his time at the school, he excelled as a student. His drawing was first published for the first time during his years at the Saint-Boniface School.
His interests as an artist and cartoonist led him to get admission at the Ecole Saint-Luc art school in 1925 but he decided to leave the course after attending one lecture since he found it boring. He wanted to work for the newspaper ‘The Twentieth Century’ as a cartoonist but instead he was employed in the subscription division of the newspaper. After getting bored of the job, he joined the army the following year but could only stay with the army for a year since he did not like the job.
Continue Reading Below
You May Like

The Sexiest Men Of 2020, Ranked
Career
His first break came in 1926 when he started working on a comic titled ‘The Adventures of Totor’ that was published in ‘Le Boy-Scout Belge’. The comic ran for three years but with erratic regularity.
In 1927, the newspaper Le VingtiemeSiecle appointed him as a photographer and cartoonist. However, he did continue to work for a host of other publications and one of his most well-known works of the time was published in ‘The Children’s Corner’. Besides, his work was also published in the literary sections of the newspaper.
In 1929, he created the character Tintin and the first comic strip titled ‘Tintin in the Land of the Soviets’ was published serially in the magazine Le Petit Vingtienne. Tintin quickly became a popular comic strip and the following year he created ‘Quick and Flupke’, a comic strip on the activities of two Belgian street children. Over the next decade, Herge published plenty of new Tintin comic strips as it gained in popularity.
After the Germans invaded Belgium in 1939 during the Second World War, Herge went off to Paris but then came back and joined the newspaper Le Soir and continued to publish the Tintin comic strips successfully. He teamed up with cartoonist Edgar P. Jacobs in order to share the workload and five years later the two worked together to create the Tintin comic strip ‘The Seven Crystal Balls’. Two years earlier he had started with another popular comic strip titled ‘The Adventures of Jo, Zette and Jocko’.
Belgium was freed from German occupation on 2 September, 1944 but Herge was accused of being a Nazi and in fact was jailed for a day. However, the charges were dropped the following year and he continued to work on Tintin comic strips that had gained a sizeable readership. Le Soir, his employers had gone out of business by then but he worked in collaboration with his former colleagues.
In 1946, he established the Tintin Magazine and the first issue was published in the month of September. Four years later, he founded the company ‘Herge’ Studios and the company was engaged in taking care of the myriad projects in which its owner was involved. Over the next decade, Herge continued working on Tintin comic strips while at the same time trying his hand at painting. The tryst with painting however proved to be short-lived.
Following the success of the Asterix movies, Herge allowed the production of two movies based on his Tintin comic strips and the first one titled ‘Tintin and the Temple of the Sun’ was released in 1969, while the second one titled ‘Tintin and the Lake of Sharks’ was released three years later.
Major Works
His most important work in his glittering career as a cartoonist was the creation of ‘The Adventures of Tintin’ series of comic strips in 1929. The comic series is without doubt one of the most popular series ever created and it is read all over the world to the present day.
Personal Life & Legacy
Herge got married to Germaine Kieckens in 1932 but the couple got a divorce 45 years after marriage. Herge did not have any children since radiation treatment had made him sterile.
Herge got married for the second time on 20 May, 1977 to Fanny Vlamynck.
After having suffered from bone marrow cancer for four years, Herge died on 3rd March, 1983 in Woluwe-Saint Lambert, Belgium.
You May Like

See the events in life of Hergé in Chronological Order 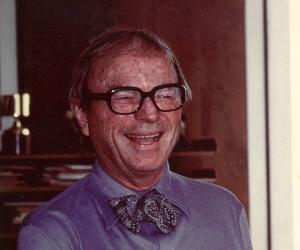 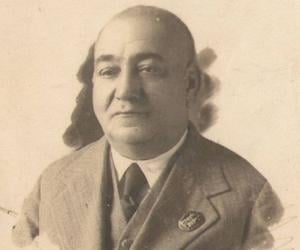